Coquitlam’s popular Lights at Lafarge has been shut down this year due to the coronavirus pandemic.
Oct 27, 2020 7:30 AM By: Gary McKenna, Janis Cleugh 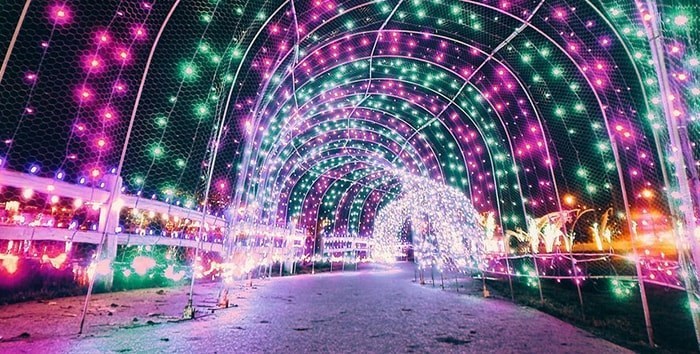 Coquitlam’s popular Lights at Lafarge event will not happen this year due to the COVID-19 pandemic.

Council considered a report at committee Monday that discussed dramatically scaling back the display in order to discourage large crowds from gathering at Town Centre Park. The event typically draws between 8,000 and 10,000 visitors on peak days and parks staff said it would be difficult to control the influx of people and ensure proper physical distance protocols are observed.

“Staff is of the opinion the city should officially cancel the Lights at Lafarge display for 2020-’21,” the report said.

As a result, during Monday's meeting, committee-in-council agreed to halt Lights at Lafarge. Additionally, they unanimously voted to cancel the Remembrance Day service at the Blue Mountain Park cenotaph.

Calling the decisions to cancel the events “regretful,” Don Luymes, Coquitlam’s general manager of parks, recreation, culture and facilities, told committee the city had to be in compliance with the provincial health officer’s order.

He also said it wouldn’t be possible to hold Lights at Lafarge as a ticketed event due to the strict restrictions on crowd controls and the way the festival is set up.

Rather, city crews plan to light the perimeter of the lake “in a passive way” that won’t bring in large groups over the two-month period.

The scaled-down display will see lights posted around the perimeter of the park, which would avoid concentrating people on the Lafarge Lake trails and could be enjoyed at a distance, the report stated. The event will not be branded as Lights at Lafarge and there will be no promotion or advertising.

“This is the reality with what we’re dealing with,” Coun. Craig Hodge said, stressing health and safety precautions while noting many civic parties like Canada Day were also put on hold this year.

Hodge suggested Coquitlam residents be “resilient and creative” with their holiday decorations at home to make up for the loss of Lights at Lafarge.

Coun. Teri Towner echoed his sentiments, and asked city staff to look at the Block Party Program to offer grants to neighbourhoods that want to celebrate the Christmas season together but still be socially distanced; the program is open in the summer only.

As well, Coun. Brent Asmundson, who moved the motion to cancel both events, said he’d like to see Pinetree Way — from Lougheed Highway to David Avenue — decorated with festive lights for future seasons.

Drive through an illuminated wonderland with over a million twinkling lights at Glow Gardens
Nov 16, 2020 9:32 AM

Halloween roundup: How to celebrate the spookiest day of the year in Vancouver
Oct 22, 2020 9:16 PM