The Coquitlam RCMP is looking for the public’s help is solving several vandal fires that destroyed book kiosks across Port Coquitlam and Coquitlam.
0
Apr 12, 2019 7:13 AM By: Tri-City News

The Coquitlam RCMP is looking for the public’s help is solving several vandal fires that destroyed book kiosks across Port Coquitlam and Coquitlam.

Seven “Little Free Libraries” were destroyed by fire between March 20th and April 6th, with the majority of cases happening late at night or very early in the morning, said police. Coquitlam RCMP is asking anyone who has witnesses the fires to contact police. 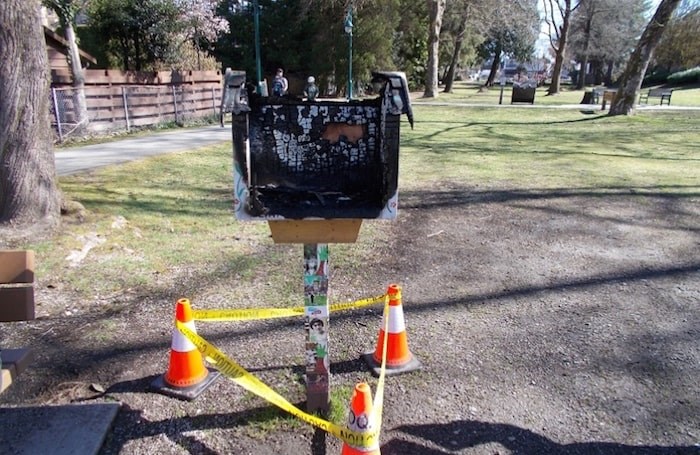 “Perhaps if they're night owls or they're up around that time—if they see any suspicious behaviour around these little libraries, please call 911,” Cpl. Michael McLaughlin told The Tri-City News.

One of the challenges the RCMP faces is the scale of the fires: they are sometimes too small to provoke a witness to call police. But as police officers map and collate the fires, they’ve noticed a clear pattern of arson.

“With that pattern, it's getting more serious in our estimation. We've got to do something about it to stop that,” said McLaughlin.

“We need to learn about them within minutes and we'll send somebody as soon as we can and do all the things you need to do to process a crime scene.”

The “Little Free Library" movement is celebrating its 10-year anniversary this year. First dreamed up by Todd H. Bol as a tribute to his teacher mother in Hudson, Wisconsin, the global non-profit now boasts over 80,000 ‘Little Free Libraries’ in over 90 countries around the world, according to the organization’s website.