Police are asking for the public’s help in identifying a man who exposed himself to two women on a popular dog-walking trail in North Vancouver.
0
Jul 26, 2019 6:59 AM By: Ben Bengtson

North Vancouver RCMP are asking for the public’s help in identifying a man who exposed himself to two women on a popular dog-walking trail in Capilano Canyon on July 13.

According to police, two women were walking on the upper portion of the Shinglebolt Trail, west of Capilano Road, near Cleveland Dam, when the pair observed a man pull up his shorts and expose his genitals as he ran by them with his dog. 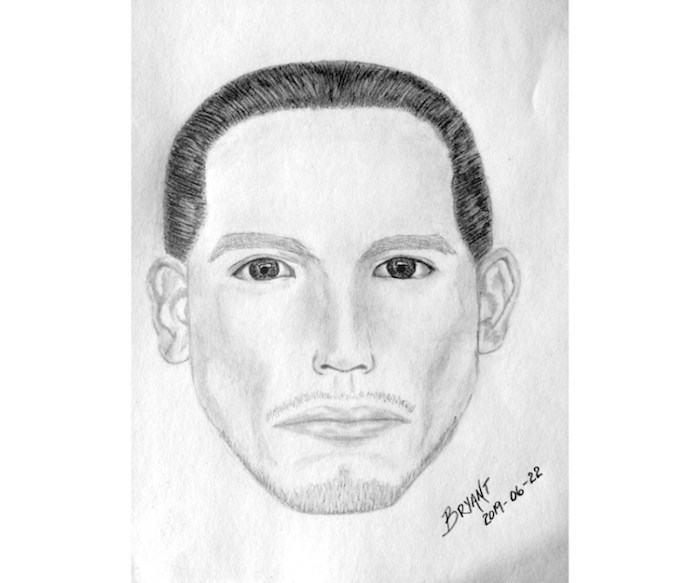 North Vancouver police are asking for help identifying this man who exposed himself to two women on a forest trail. Photo courtesy North Vancouver RCMP

Police describe the suspect as an Indigenous male, approximately 30 years old, standing six feet tall. He has a lean build, short dark hair, and a goatee, according to police. He was also wearing red shorts, a tan-coloured sleeveless shirt and running shoes.

The off-leash dog accompanying the suspect is described as a medium-size German shepherd-mix, according to police.

Although police say it’s believed to be an isolated incident, it’s concerning because it occurred at a popular public place during the daytime, said Sgt. Peri Mainwaring, North Vancouver RCMP spokeswoman.

“We always want to make sure that people are safe, and public safety is our key priority in this type of situation,” said Mainwaring, adding that it’s wise not to approach or confront someone during an incident of this nature. “Just report it as soon as possible.”

Anyone who may know the suspect, or has any information related to the identity of the suspect, is asked to contact North Vancouver RCMP at 604-985-1311 and to reference file #2019-15381.