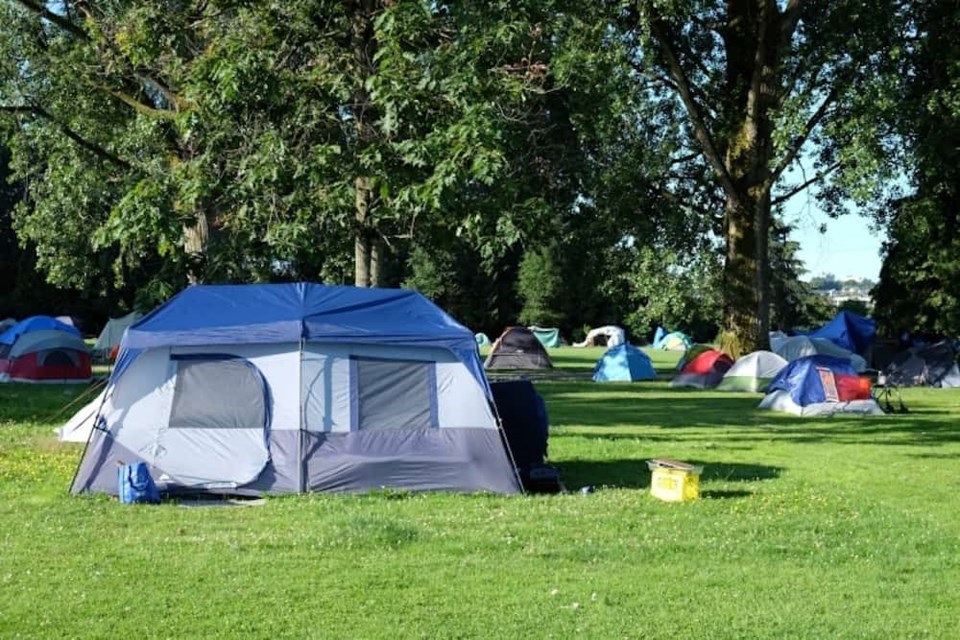 In a news conference, police say the victim, a 46-year-old male, is believed to have been stabbed inside a tent in the park around midnight on Thursday. However, he wasn't discovered until 8 a.m. Friday.

A woman found the victim on the corner of Raymur Ave and Venables St wrapped in a towel soaked in blood. VPD Spokesperson Constable Tania Visintin emphasizes that it was a "large quantity of blood."

"It is very troubling to know this man was suffering from his extensive injures for eight hours or more before paramedics or police were called,” says Visintin.

"How would you like it if your family left you for eight hours?"

The victim is now in hospital in critical but stable condition.

“This man has some major stab wounds to his body,” explains Visintin. “With the amount of people in the park, we believe there is someone who has information on what happened.”

Visintin adds that two suspects were arrested, but police do not know if the stabbing was targeted. An investigation is ongoing.

Visintin notes that this is the second time a victim has been left in Strathcona for hours without help after a violent incident.

In September, a man laid in the Strathcona encampment for nearly 12 hours before anyone called the police. The person who made the call did so anonymously.

During the press conference for the September incident, Visintin said "police have been hearing that residents of the park are not being encouraged to call us during their time of need."

She said, "when police do enter the park we are met with extreme hostility by residents of the park."

- With a file from Sarah Grochowski

Strathcona Park assault victim lay in tent for up to 12 hours before 911 call: police
Sep 23, 2020 4:12 PM
Comments
We welcome your feedback and encourage you to share your thoughts. We ask that you be respectful of others and their points of view, refrain from personal attacks and stay on topic. To learn about our commenting policies and how we moderate, please read our Community Guidelines.