Police in Vancouver announced Friday the arrest of a masseur working on the city's west side for sexual assault.
Sep 13, 2019 2:45 PM By: Lindsay William-Ross 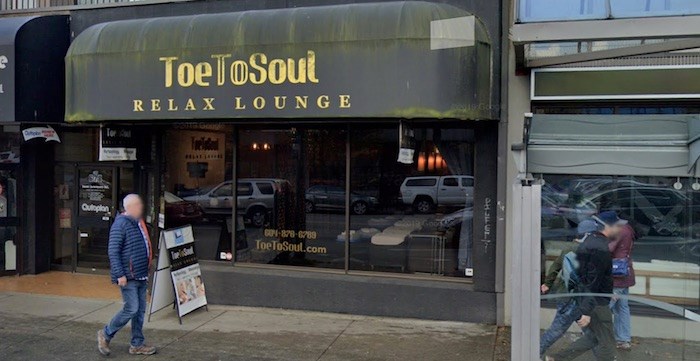 Toe to Soul at 678 West Broadway in Vancouver in Oct. 2018. Photo via Google Street View

Police in Vancouver announced Friday the arrest of a masseur working on the city's west side for sexual assault.

Amado Ramos, 61, has been a masseur at the Toe to Soul Relax Lounge at 678 West Broadway. Authorities allege Ramos used his position at the massage parlour to assault a customer, a 31-year-old Vancouver woman, last month.

Police add that they believe there are other victims, and they hope they come forward.

“Our main objective is identify anyone else who may have been victimized, and to complete full investigations," says VPD Const. Steve Addision in a media release.

Ramos was charged September 6 with sexual assault and is now free on bail.

Toe to Soul Relax Lounge operates two additional locations, one on Robson Street in Vancouver and one at Willowbrook Shopping Centre in Langley.