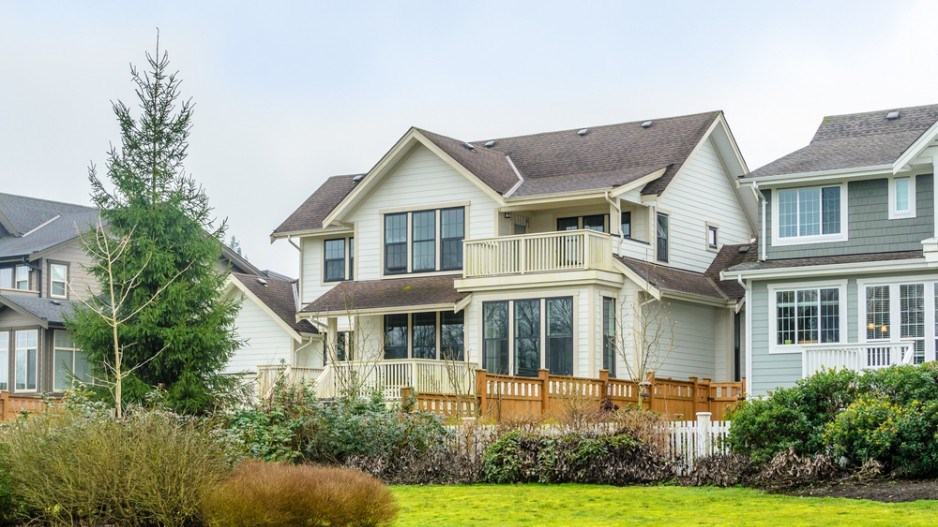 Home sales in January 2020 were 42.4 per cent higher than one year previously, reports board, while inventory remains low. Photo: Shutterstock
The Metro Vancouver residential real estate market has had a fairly strong start to the year, relative to the poor performance of one year previously, the Real Estate Board of Greater Vancouver reported February 4.

Traditionally the slowest month of the year for real estate sale registrations (see graph below), because there is so little home-hunting activity in December, January’s sales were a 22.1 per cent decrease from the 2,016 homes sold in December 2019.

Last month’s sales were still slightly under long-term typical activity for the month, as the very active markets of 2015 through 2017 pushed up the 10-year sales averages. January’s total was 7.3 per cent below the 10-year January sales average.

“We’ve begun 2020 with steady home buyer demand that tracks close to the region’s long-term average,” Ashley Smith, REBGV president said. “Looking at supply, we’re seeing fewer homes listed for sale than is typical for this time of year. As we approach the traditionally more active spring market, we’ll keep a close eye on supply to see if the number of homes being listed is keeping pace with demand.”

There were 3,872 homes newly listed for sale in January, which is 20.1 per cent lower than the 4,848 homes listed in January 2019, although it’s more than double the number of homes that were listed in December 2019.

This takes the total number of homes listed for sale in Metro Vancouver, as of January 31, to 8,617, which is a 20.3 per cent decrease from January 2019 and only a 0.2 per cent higher than December 2019. The current figure is also 13.7 per cent below the 10-year January average number of active listings.

The increase in demand coupled with a relatively low supply of homes for sale is inevitably keeping home prices on the slow upward trajectory they have been seeing since summer 2019.

The composite benchmark price for all home types in Metro Vancouver is currently $1,008,700. This is a 1.4 per cent rise in the past six months, and 0.8 per cent higher than December, although still 1.2 per cent less than in January 2019.

At 439 transactions in January, Metro Vancouver’s single-family detached home sales were up 29.5 per cent year over year. However, it’s also a 26.7 per cent decline over December’s relatively strong sales, which is bringing the sector back towards buyer’s market territory.

Nevertheless, the typical price of a detached home in the region rose 0.5 per cent month over month to $1,431,200, which is a one-per-cent recovery over the past six months, but 1.7 per cent lower than January 2019.

Region-wide figures only tell half the story, however. Seven of the board’s 20 areas saw detached prices in January higher those of one year previously, led by Whistler (up 4.8 per cent) and Squamish (up 4.7 per cent). Annual declines in region’s overall detached benchmark price were led by the Sunshine Coast, (down 5.9 per cent) and Bowen Island (down 5.3 per cent). The double-digit benchmark price declines seen in areas such as West Vancouver and Vancouver West have now subdued to two to three per cent annual price drops.

In the attached-home sector, such as townhomes and duplexes, sales across Metro Vancouver rose 55.1 per cent year over year to 318 transactions. This is 12.6 per cent below December 2019’s attached home sales.

Townhomes have seen the biggest benchmark price recovery since last summer, with the typical price of an attached unit now at $782,500. This is a 1.6 per cent increase over the past six months, a 0.5 per cent increase from December 2019 and only 0.7 per cent lower than in January 2019.

Four MLS areas saw higher attached-home benchmark prices than one year previously. Like in the detached sector, Whistler and Squamish saw townhome prices increase the most, up 9.4 and 7.7 per cent respectively. Ladner (down 6.7 per cent) and Tsawwassen (down 6.5 per cent) continued to lead the annual price declines for this sector, with new townhome construction in those areas apparently exceeding local demand.

Some 814 condos traded in Metro Vancouver last month, which was a 45.6 jump year over year, and a 22.7 per cent drop compared with December.

Looking at condo markets in the different areas, five MLS areas saw values hold their own from one year previously, with prices up 1.8 per cent in Port Moody and 1.2 per cent in Coquitlam. Like townhomes, the biggest annual price declines in the condo sub-markets were seen in Ladner (down 7.1 per cent) and Tsawwassen (down 8.1 per cent).

Home prices vary widely in different areas throughout the region. For more details, check out the full REBGV stats package.