The heat advisory has ended in Vancouver, but Environment Canada's advisories about wildfire smoke still stand.
Sep 11, 2020 7:17 AM By: Canadian Press 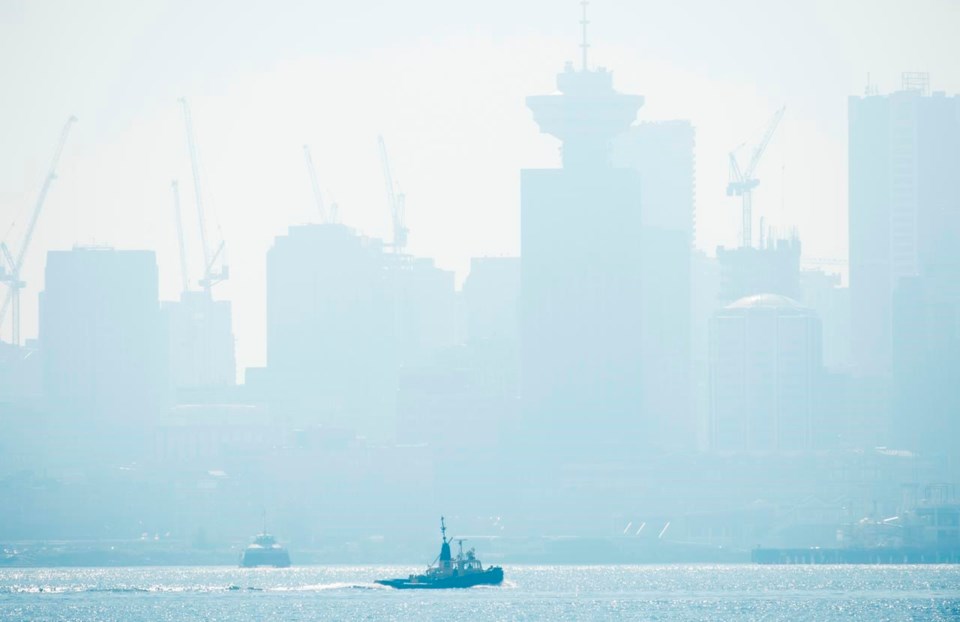 Smoke fills the sky and blankets the Vancouver skyline, Tuesday, Sept. 8, 2020. Metro Vancouver has issued an air quality advisory due to the smoke from wildfires burning south of the U.S. border. THE CANADIAN PRESS/Jonathan Hayward

The weather office is maintaining smoky skies bulletins for most of Vancouver Island and all of the inner south coast and southern B.C., east to the Kootenay region. The special air quality statement in Metro Vancouver covers the whole region.

The advisory says forecast models over the next 24 to 48 hours show the potential for long-range transport of smoke from dozens of wildfires in the northwestern United States.

Weather data shows a high pressure ridge is lifting after bringing heat advisories for large sections of the province, but 12 records were set Thursday — including three that have stood since 1944.

Vancouver, Victoria and Pitt Meadows all saw their hottest day in 76 years, while records also fell on Vancouver Island, Sechelt, Squamish, Pemberton, West Vancouver, the Cariboo region of Puntzi Mountain and as far north as Mackenzie.

Friday's forecast for Vancouver from Environment Canada calls for sun and "local smoke," with a high of 23C by the water and 26C inland. Saturday's Vancouver forecast reads the same, though temps will drop by a degree.

This report by The Canadian Press was first published Sept. 11, 2020