Family and friends of Myles Gray will mark the fourth anniversary of his death with no idea whether the people they hold responsible will face charges.
0
Aug 12, 2019 4:00 PM By: Sean Eckford

Family and friends of Myles Gray of Sechelt will mark the fourth anniversary of his death on Tuesday, Aug. 13, with no idea whether the people they hold responsible will face charges. 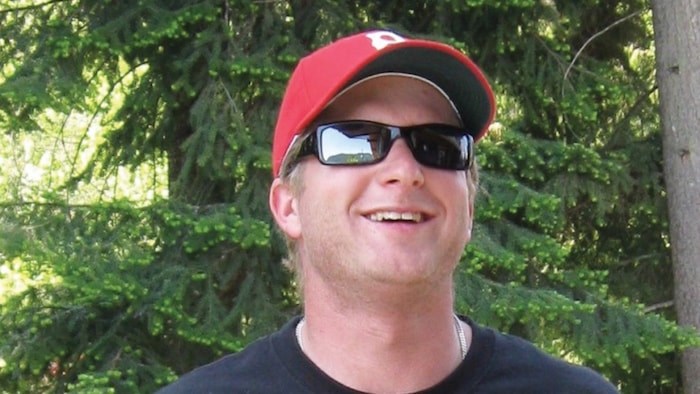 Gray was making deliveries for his landscape business near South East Marine Drive and Joffre Avenue in Vancouver on Aug. 13, 2015 when VPD responded to a call about a man spraying a woman with a garden hose.

At some point after police arrived there was an altercation between Gray and several officers on the scene that resulted in fatal injuries to Gray. He was 33 years old.

A probe by the Independent Investigations Office (IIO) came to a close in January with the announcement that a report had been forwarded to Crown counsel asking for consideration of charges.

The last update Coast Reporter had from the BC Prosecution Service indicated it had not completed the charge assessment process and did not have a specific timeline for a decision.

Myles’ mother, Margie Gray, told Coast Reporter that she and her family are increasingly frustrated that more than six months later all that seems to have happened is a box of files got sent from one office to another. “I’m waiting for accountability… It’s not good enough,” she said.

Very few details of the case have ever been made public, and no independent witnesses have come forward, although a statement of background facts presented as part of a 2017 court petition, filed by the IIO to compel a VPD constable who was described as a “key witness” to talk to investigators, outlined a list of serious injuries suffered by Gray.

“The effects of the horrific death of Myles is very far reaching and very traumatizing over and over again for family and friends,” Margie Gray said. “It remains very disturbing how a death like this is even possible within Canada. For Myles’ death to remain undealt with after four years is atrocious on all levels. We have absolutely lost faith in the legal and justice system. After four years we still have no names of VPD officers, no civilian witnesses, no accountability.”

That stopped last year and Gray said once again this year family and friends will get together privately to remember Myles “on his fourth year of absence from our lives.”

A civil suit filed by Gray’s family in 2016 is still before the court.