New rules that increase penalties for drunk driving and expand police powers to demand breath samples take effect across Canada on Tues. Dec. 18, with some predicting the law will face a series of legal challenges. 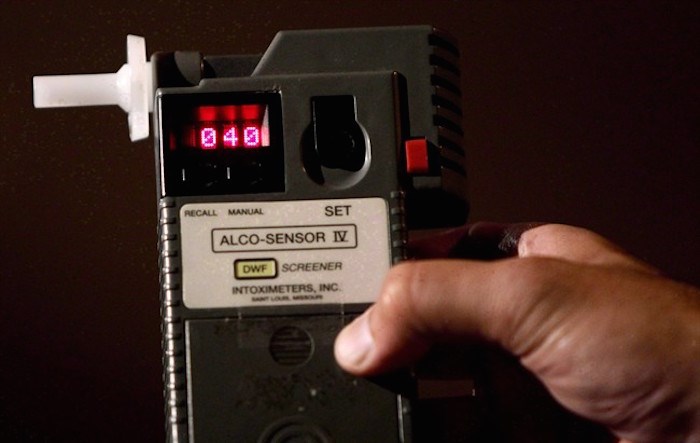 An RCMP Constable holds a breathalyzer test in Surrey, B.C., in this September 24, 2010 photo. Stricter drunk driving legislation takes effect across Canada tomorrow, giving police officers the right to demand a breath sample from any driver they lawfully stop. THE CANADIAN PRESS/Darryl Dyck

The legislation, which passed in June at the same time as new rules for drug-impaired driving, is intended to curb injuries and death by helping police catch drivers with more than the legal limit of alcohol in their bloodstreams.

It gives police officers the right to ask for a breath sample from any driver they lawfully stop, lowering the bar from the previous legislation, which required that an officer have reasonable suspicion that a person had been drinking. Such a system is already in place in more than 40 countries.

Toronto-based lawyer Michael Engel, who often defends those charged with impaired driving, said the new rules are a big change that raise concerns about baseless searches.

"This is a radical departure from previous law, which insulated people against warrantless searches without probable cause," he said.

The new rules could lead to a backlog in the legal system as lower courts wait for higher courts to make a decision on likely challenges to the law's constitutionality, he said.

"It's a brave new world," Engel said. "This is a wholesale change to the criminal code."

Civil rights organizations have also sounded alarms about the new rules, with the Canadian Civil Liberties Association expressing concern that mandatory alcohol screening will unfairly affect racial minorities who are disproportionately singled out by cops for traffic stops.

Justice Minister Jody Wilson-Raybould has said she has "every expectation" the law will be challenged in the courts, but noted that she's sure it'll pass the test. She said it's in line with the Charter of Rights and Freedoms.

"Police miss a lot of impaired drivers," he said, noting that people can be quite good at masking their impairment.

"It's just a really good, strong message that there's a real high likelihood that if you get stopped by police, you're going to get asked to submit to a breath test."

The new law has also been welcomed by Mothers Against Drunk Driving Canada, which said mandatory alcohol screening has a proven track record of making roads safer.

Under the new rules, maximum penalties for many alcohol-impaired driving offences are being bumped up to 10 years from five, which the federal government and police forces alike hope will act as a deterrent for would-be drunk drivers.

But Engel said that whether it has an effect remains to be seen.

"To date, it's not apparent that any of the measures, which are already quite punitive, are having any deterrent effect," he said.

Provincial police in Ontario noted that between the beginning of 2018 and the middle of November, its officers had laid more than 7,300 impaired driving charges.

According to federal statistics, an average of almost four people die in Canada daily due to impaired driving.