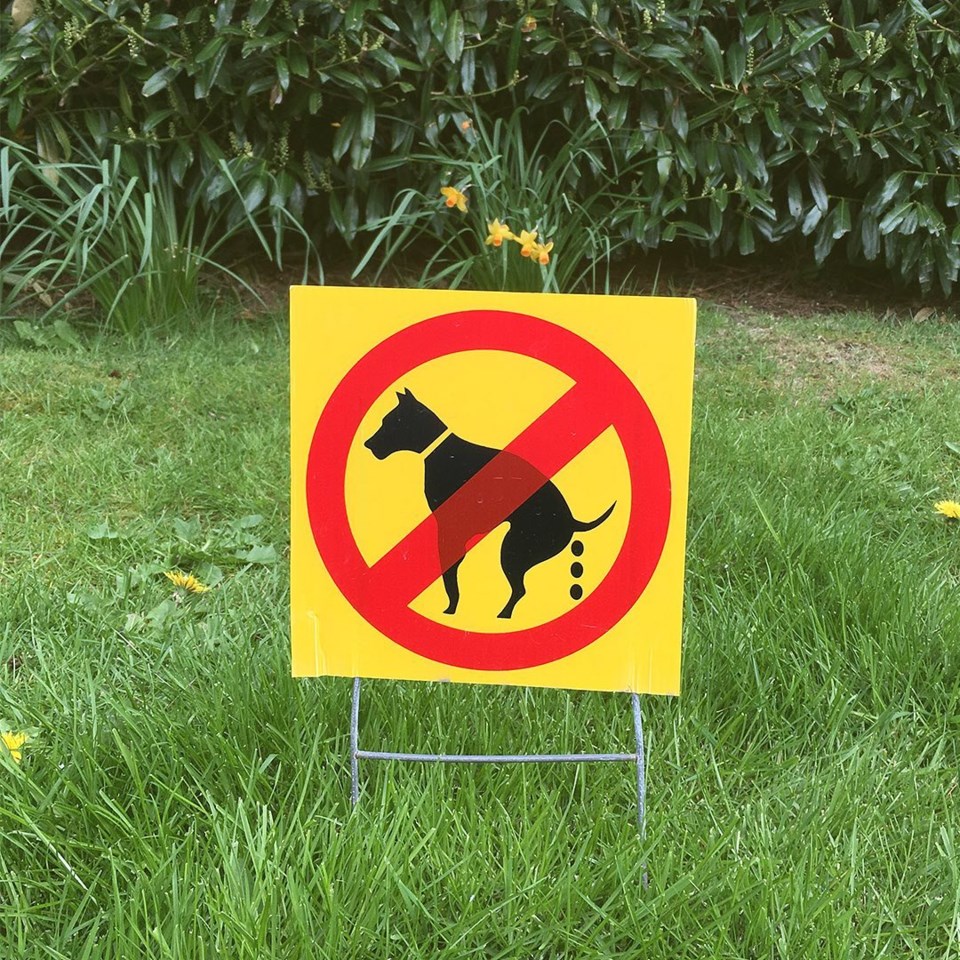 The account focuses on the many signs found on yards across Vancouver, begging passing dog owners to keep their canine companions from dropping their droppings on the very nice grass. So far more than two dozen pics have been posted, sharing a specific type of sign with a surprising amount of variety.

The account started as a new project for a local artist who goes by the name Nic Greyson who makes little books and sells them at the Vancouver Book Fair as part of the Backroom Book Club.

"I used to live in East Vancouver," they tell Vancouver Is Awesome. "One of my hobbies was going for walks around the neighbourhood and documenting things around there."

When they moved to South Granville the subject matter changed. One sign, in particular, was hilarious to Greyson: a poorly-made sign with laminating punctured by nails asking people to stop their pets from scratching at the lawn.

"There aren't as many cats or vans but there are a lot of passive-aggressive dog signs," they say.

At the suggestion of a bookmaking collaborator living in Nelson who'd done a book of signs related to bears, they decided to make a book out of the photos.

"A lot of the little books we made celebrated the little mundane aspects of life, and this was as mundane as it gets," Greyson says.

While the plan was to collect some photos and then make a book, the pandemic hit and they lost access to a risograph, which was going to be used to print the images. The pandemic actually helped with the collecting of images.

"All you could do in the early lockdown was wander around aimlessly," Greyson says, explaining the search for anti-dog poop signs gave purpose to trips outside.

With close to 100 images collected, a new plan was created

"I decided I may as well put them online instead, it's more fun," they say. "I've got a backlog of 75 photos still to put up."

Now dog.dont.dog.doo is updated a couple of times a week usually with posts including a photo of a sign and a dog poop factoid.

"Sudden changes in your dog’s normal poops may be an indicator that your dog has an illness or parasite. When it poops, keep an eye on the four Cs: color, content, consistency, and coating," reads one post.

And it's become a part of life, with Greyson stopping to take photos while biking, much to the confusion of people walking by.

"Once I started looking around I couldn't stop seeing all these passive-aggressive homemade signs and fancy professional signs," they say.

The variety of quality in signs is often a source of humour for Greyson.

"The work on some of them is amazing because some are so poorly done," they explain. "And some are slick professional jobs; that seems like an interesting way to use your money."

Greyson also questions the usefulness of the signs.

"Do people actually look at these signs and go 'Oh, I will pick up my dog poo, thank you sign,'?" they ponder.

With just a small percentage of the City of Vancouver explored, Greyson expects to keep spotting new signs for a while. If it gets to the right point, they might ask for user submissions as well.