There were 13 new wildfires started in B.C. in just 48 hours

As the summer heat hits the Southern Interior, wildfire activity is catching up for lost time after a wet spring.

Across B.C., there have been 610 fires so far this year, 31 of them starting in just the past seven days, the BC Wildfire Service website shows. 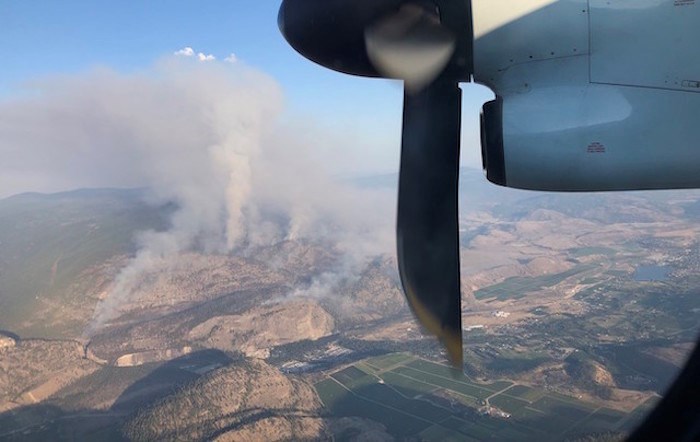 There are currently 37 active fires in the province, 13 of which started in the last 48 hours.

Seven of those active fires are in the Kamloops Fire District, which encompasses the Okanagan.

Two were started in the last two days. Those being the Eagle Bluff fire near Gallagher Lake in the South Okanagan and the Miller Mountain fire, just started this evening near the Trepanier exit on the Okanagan Connector, near Peachland.

The largest of the Kamloops District fires is the Eagle Bluff blaze, which started Sunday and has so far burned 480 hectares. It is believed to be human caused.

The Richter Mountain fire near Osoyoos, which started July 24, has burned 403 hectares. It was lightning caused.

The new Miller Mountain fire is currently estimated at .75 of a hectare in size.

Near Lytton, the Kanaka Station Road fire is listed as under control and 8.3 hectares in size.

Three small spot fires are burning at Douglas Lake Ranch, Moffat Creek north of Vernon, and Enderby Mabel Lake Road. All are listed as .01 of a hectare in size, and their cause is unknown. 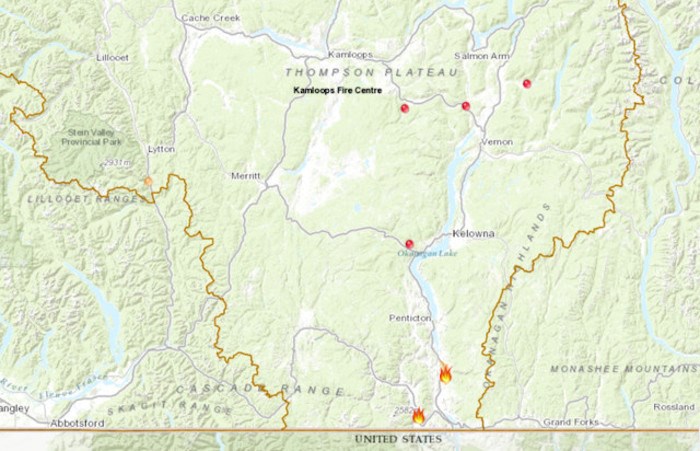 Elsewhere across the province, 14 fires are burning in the Northwest Fire District, seven in the Coastal District, five in the Southeast, and four in the Prince George District.