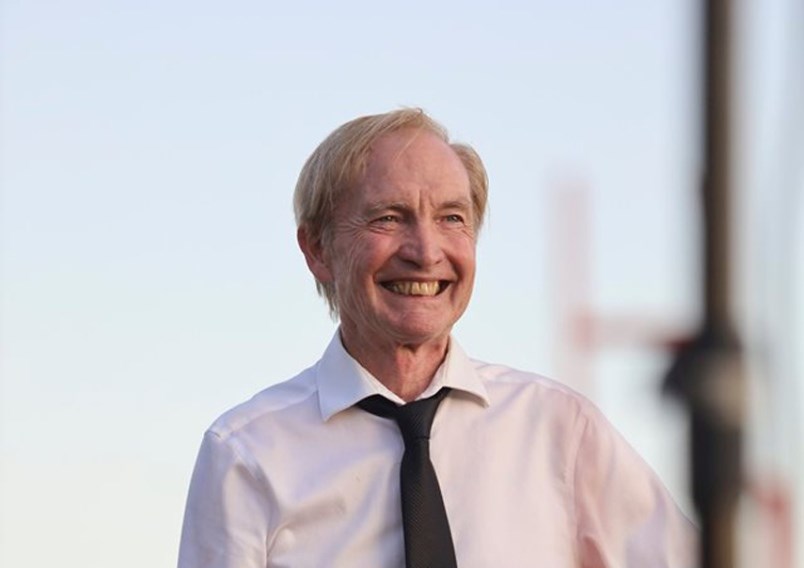 North Vancouver resident John Cronin's gigs entertaining seniors at care homes were sidelined by COVID-19 but he returned to Evergreen House this week to life the spirits of the residents inside. photo supplied.

After volunteering for hundreds of gigs and entertaining thousands of North Shore seniors, John Cronin found himself without an audience for the first time in decades, thanks to COVID-19.

For years, the Lynn Valley resident with a Neil Diamond-like voice supplemented his performances in the Blarney Stone pub’s Celtic house band, Killarney, by lifting the spirits of care home residents. When the band retired in 2014, he decided to focus on seniors.

“Probably five to six times a week in different facilities,” he said. “I’ve been entertaining at Evergreen House, probably close to 20 years.”

When COVID-19 struck, it was the end of his afternoon shows. But on Tuesday this week, Cronin decided it was time to get the one-man-band back together. With Vancouver Coastal Health’s blessing, he tuned up his six-string and set up a portable amp just off St. Andrews Avenue to serenade the residents at Evergreen who gathered on the patio and balconies.

Even though he’s been playing for “eons,” Cronin said he had some butterflies in his stomach prior to Tuesday afternoon’s concert.

“It was strange to me of course because I’m always used to being inside there with them, but I enjoyed it, they seemed to be quite pleased. A lot of them were waving along from the balconies and doing their best to sing along,” he said.

This entertainer is serenading seniors in this care home...besides the nightly cheers for our #healthcare and #Frontlineworkers heros, this is the best thing I've witnessed during this pandemic thus far!!! 🤜🤛💫✨ #NorthVancouver near lionsgate hospital pic.twitter.com/K2MicacdeP

It so happened later that day, VCH confirmed two staff members at Evergreen had tested positive for COVID-19.

Cronin tailors his setlist to the audience he has lined up. For people in care homes, it’s usually songs that achieved popularity in the 1930s, '40s and '50s.

“And always Beatles because even the older generation still likes the Beatles, and some Elvis,” he said.

The experience has taught him something about therapeutic power of song, he said.

“The majority have either dementia or early Alzheimer's … yet they can sing along in choruses of songs, even though they may not be able to put a sentence together when you go talk to them. It's just a real unusual effect that music has on the brain,” he said.