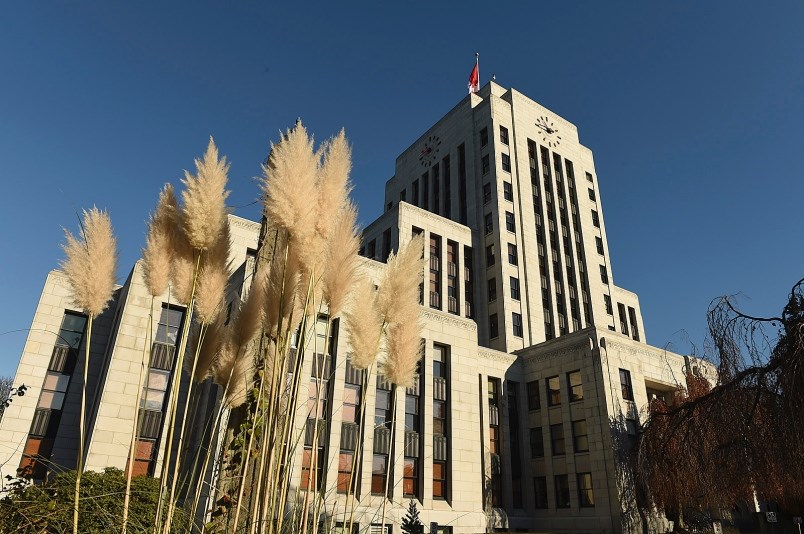 A director of the Vancouver NPA announced his resignation Friday amid controversy tied to him and his position as a board member. File photo Dan Toulgoet
A director of the Vancouver NPA who has been embroiled in a controversy related to a photograph of him posted in media stories flashing a hand gesture associated with “white power” extremists has resigned from the party.

Angelo Isidorou told Glacier Media Friday that he resigned because he plans to take legal action against The Tyee and Postmedia — and possibly another media outlet — for recent articles posted on their websites and in print.

Both publications recently posted stories — first The Tyee, followed by Postmedia, which publishes The Province and The Vancouver Sun — that showed Isidorou at a pro-Trump protest in 2017 in Vancouver.

Isidorou said he was “mimicking the meme of Trump” when he flashed the gesture.

“It’s a very serious thing to allege that putting my index finger on my thumb, which at the time only had to do with the fact that if you look at Trump, he has very strange gestures and mannerisms,” he said.

“And one of his many strange mannerisms is doing that — even Alec Baldwin [in his portrayal of Trump on Saturday Night Live] does that. So that’s all that was. It was mimicking Trump. It has nothing to do with a secret W and a hidden P. That wasn’t a thing until way later.”

Added Isidorou: “If I did this last week, different story, right.”

Isidorou said he was a Trump supporter — “I was enamoured by the snake oil salesman” — but is now critical of him. He describes his politics as centre-right on the political spectrum.

Both The Tyee and Postmedia have produced follow-up stories in which they stand by their stories that featured Isidorou. The publications have also challenged the party and Isidorou to point out factual errors.

Isidorou’s resignation comes one day after the party’s caucus of nine elected officials demanded an immediate annual general meeting. The caucus released a statement Thursday but didn’t specify its reason for an AGM.

But the first sentence in the release said the caucus, which includes three school trustees and two park board commissioners, believes in “an inclusive, compassionate and caring city free from hate, stigma and discrimination.”

Glacier Media emailed the NPA’s four city councillors Friday morning for comment but none had replied by the time this story was posted.