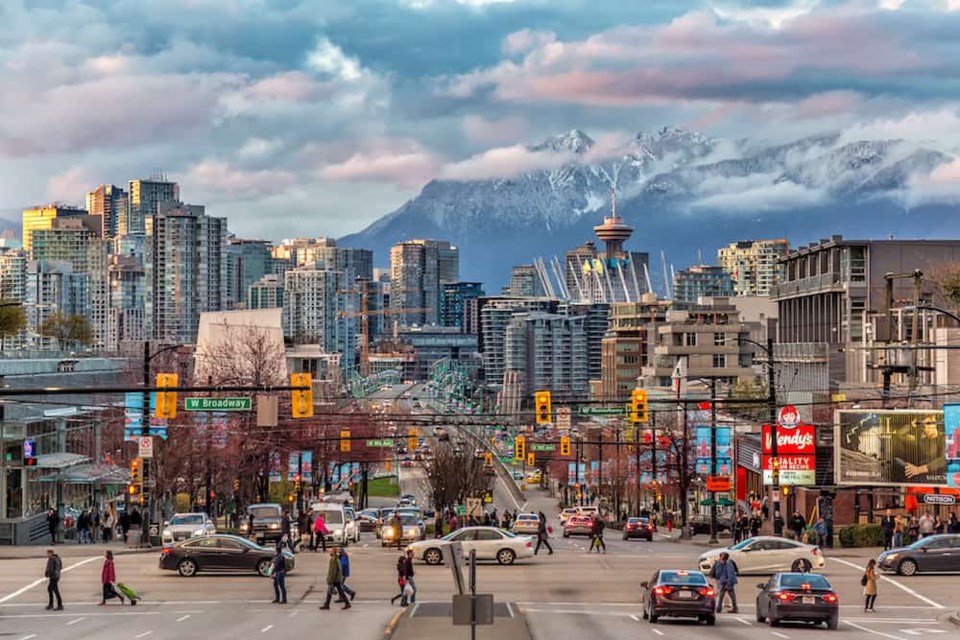 A recent report finds that Vancouver has the second-highest average rent across Canada for one-bedroom apartments and the highest rent for two-bedrooms. However, the market shows a continued downward trend for apartment rentals in the city.

At the start of its report, Padmapper.ca notes that the country's two most expensive markets, Toronto and Vancouver, have seen another month of declines. That said, Toronto still has the highest rent for a one-bedroom apartment Canada-wide, costing $2,070 for September. It also has the second-highest rent for a two-bedroom, which costs $2,630.

Since this time last year, Vancouver one and two-bedroom rents have fallen 9.1% and 14.1%, respectively.

Overall, 12 cities were on an upward trajectory last month, 9 downward, and 3 remained flat.

Padmapper says, "The rest of Canada seems to be steadily recovering from the sudden halt in rental demand during the pandemic as half of the total cities saw rents grow on a monthly basis in this report. As Canada continues to reopen, the desire to move away from pricey cities is becoming more and more apparent."

Victoria increased in one-bedroom rental prices to become the country's fourth most expensive market. One-bedroom rent increased 1.3% to $1,610, while two-bedrooms remained flat at $1,990. 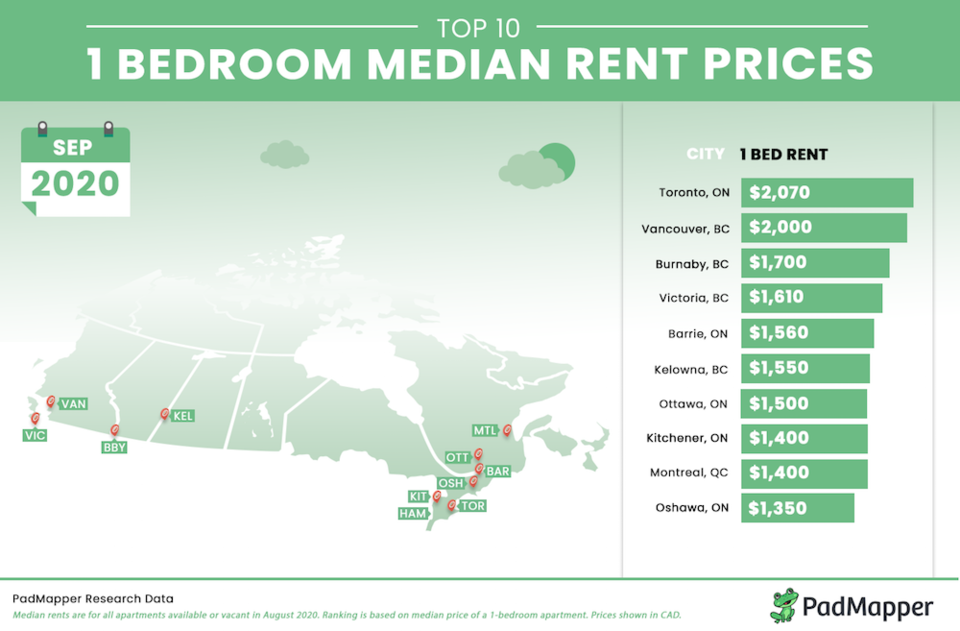