The Parole Board of Canada has granted overnight leaves and extended day parole for a B.C. woman convicted in the 1997 murder of Victoria teen Reena Virk.
0
Aug 23, 2019 6:56 AM By: The Canadian Press 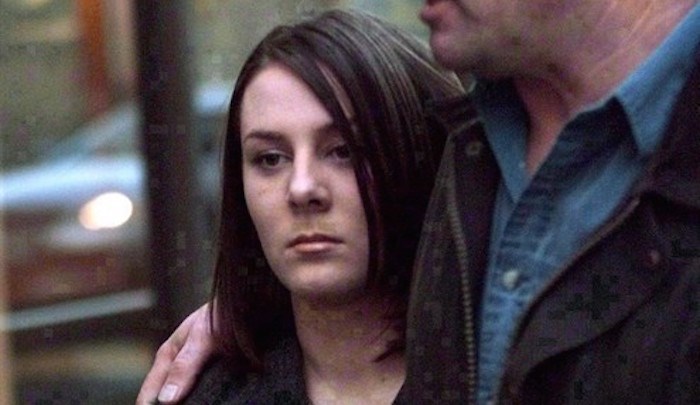 Kelly Ellard and her father Lawrence leave the Vancouver courthouse, March 30, 2000. A British Columbia woman who brutally beat and drowned 14-year-old Reena Virk near a Victoria-area bridge in 1997 has been granted an extension to her day parole. THE CANADIAN PRESS/ Adrian Wyld

VANCOUVER — The Parole Board of Canada has granted overnight leaves and extended day parole for a British Columbia woman convicted in the 1997 swarming and murder of Victoria teenager Reena Virk.

The board says Kelly Ellard, who now goes by Kerry Marie Sim, has show "sustained positive change" since her conviction and life sentence in 2005 for the second-degree murder of the 14-year-old.

Ellard, who is now in her late 30s, received day parole in November 2017, shortly after the birth of a child she conceived during a conjugal visit with her boyfriend.

The board has extended parole in six-month increments since then, and its latest decision authorizes overnight leaves, although it notes her continuing relationship with the child's father, also a convicted criminal, still requires monitoring.

The board ruling, issued late last month but just released to the media, says Ellard is coping well with several sources of stress, and any risk to the public continues to be manageable.

Ellard must still abide by several conditions, including abstaining from alcohol and drugs, and she is not permitted any contact with Virk's family.

"The deceased victim's family has suffered the violent loss of their child, and they have the right to live their lives without any concern of unwanted contact from you," the two-member parole board panel writes.

Ellard was 15 at the time of Virk's murder, but was sentenced as an adult. She was convicted at her third trial in 2005 after a B.C. Court of Appeal decision set aside the guilty verdict in her first trial and her second trial ended with a deadlocked jury.

Court was told Ellard and several other teens swarmed and beat Virk before Ellard and a teenage boy held her head underwater until she drowned.