A woman attempting to fly out of Newark Liberty International Airport this past week was denied boarding with what she called her “emotional support” peacock.
0
Jan 31, 2018 4:11 PM By: V.I.A.

A woman attempting to fly out of Newark Liberty International Airport this past week was denied boarding with what she called her “emotional support” peacock. 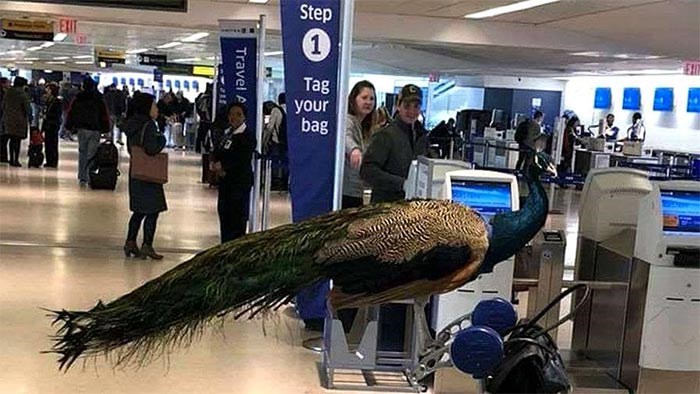 A woman at Newark Liberty International Airport was not allowed to board a United flight last week with her “emotional support” peacock. Photo The Jet Set

As reported at Live and Let’s Fly, earlier this week United Airlines refused the woman’s request to bring the large bird onboard. Emotional support animals are allowed to fly for free on United with the proper documentation. It was reported the woman later offered to buy a seat for the peacock, but United refused her request.

Photos of the scene were shared on Facebook by travel talk show The Jet Set, sparking online comments both condemning and praising United’s decision.

Like most airlines, United passengers are required to provide documentation from a medical professional and give at least 48 hours advance notice before bringing an emotional support animal onto a flight.

"This animal did not meet guidelines for a number of reasons, including its weight and size. We explained this to the customers on three separate occasions before they arrived at the airport," United said in a statement.

Delta Airlines recently announced that since 2016, it’s seen an 84 per cent increase in incidents involving animals not properly trained, including urination, defecation and attacks on passengers and crew members. In response, Delta is imposing new, stricter regulations around emotional support animals beginning March 1. Those new regulations require anyone flying with emotional support or psychiatric service animals to submit a veterinarian health form and immunization record to Delta at least 48 hours in advance of a flight. As well, passengers will be required to provide a doctor’s note, signed veterinarian health form and proof of animal training before boarding. Also beginning March 1, Delta will no longer allow exotic emotional support animals, including ferrets, insects, spiders, goats or animals with tusks or hooves. 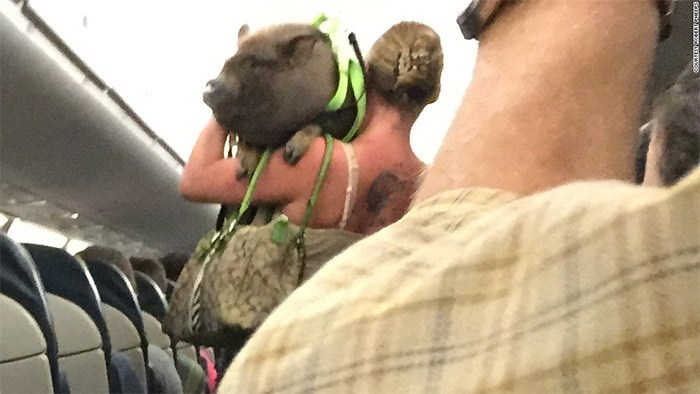 Passenger Robert Phelps took this picture after a passenger was asked to leave a US Airways flight with her “emotional support” pig.

According to another incident reported by CNN, a woman boarded a US Airways flight at Connecticut's Bradley International Airport last fall with an emotional support pig, which weighed an estimated 70 to 80 pounds. As the woman was stowing her belongings, it’s reported the pig defecated on the floor of the plane and then began to howl. The woman was eventually asked to leave the plane, pig in tow.

Last summer, a man was hospitalized from bite wounds after another passenger's 70-pound dog attacked him while boarding a Delta flight. Also in 2017, Delta employees reported increased acts of aggression, including barking, growling, lunging and biting, from service and support animals — behavior not typically seen in properly trained animals. 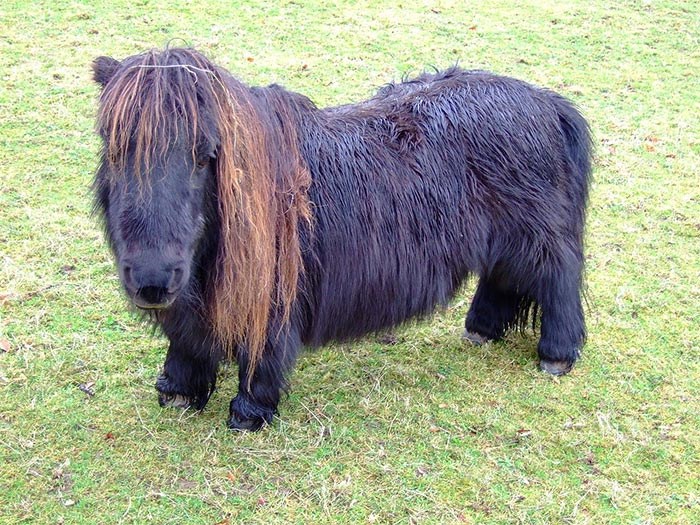 Meanwhile here at home, Air Canada will only allow dogs to board as recognized emotional support or psychiatric service animals. But WestJet is a whole other story.

According to the airline’s website, qualified individuals with a disability may bring emotional support “dogs, cats, miniature horses, pigs and monkeys on flights to or from most destinations.” Other "unusual animals" (with the exception of snakes, reptiles, ferrets, rodents and spiders, which are not permitted due to safety and/or public health concerns) may be accepted as an emotional support animal on a case-by-case basis.