'Getting tired of this': People dump piles of trash in East Vancouver park 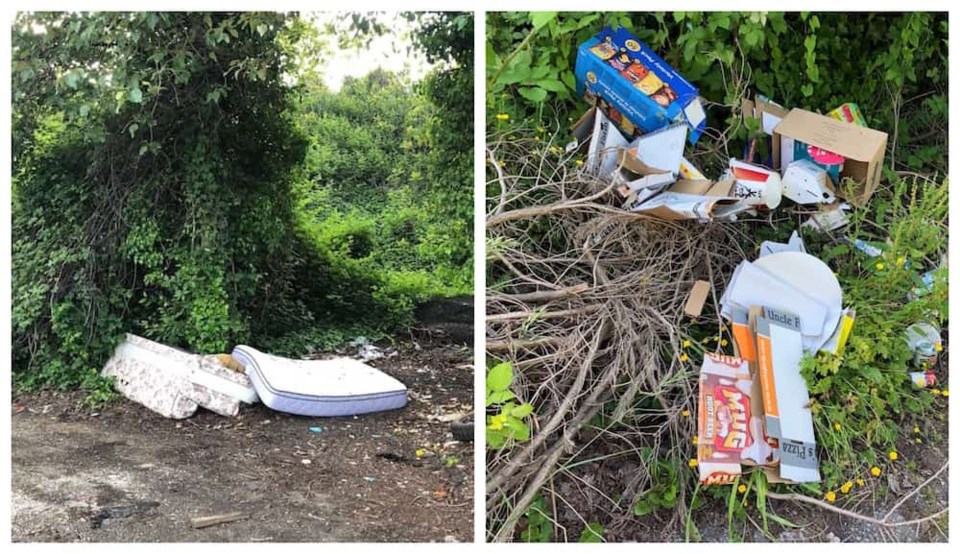 While the City of Vancouver has directed locals to properly dispose of waste materials, a collection of recent photographs show that not everyone is following the instruction - again.

At the beginning of May, Vancouver City Councillor and UBCM Director Pete Fry shared a couple of images to his Twitter account over the weekend that show garbage strewn across Strathcona Park. He wrote that it is the second time he's seen garbage dumped in the park and notes that it is a "full truck worth of domestic loose garbage."

Now, Twitter account @ILiveinEastVan has shared pictures from around East Vancouver that show heaps of garbage. In one image, a mattress, a sofa, and a tire have been dumped in a forested area. In another one, a huge pile of trash has been discarded in brambles and shrubs. The items include everything from a pizza box to a KFC container to a Mug Root Beer box.

@ILiveinEastVan remarks, "This is what I’m seeing more. Getting tired of this." They also state in a comment that they've tried in vain to get the City to address the issue.

"Have asked the City for assistance in our area due as so many people come to  the area to walk and cycle," they write. "They are welcome to but space is limited. Followed up two times with the City." 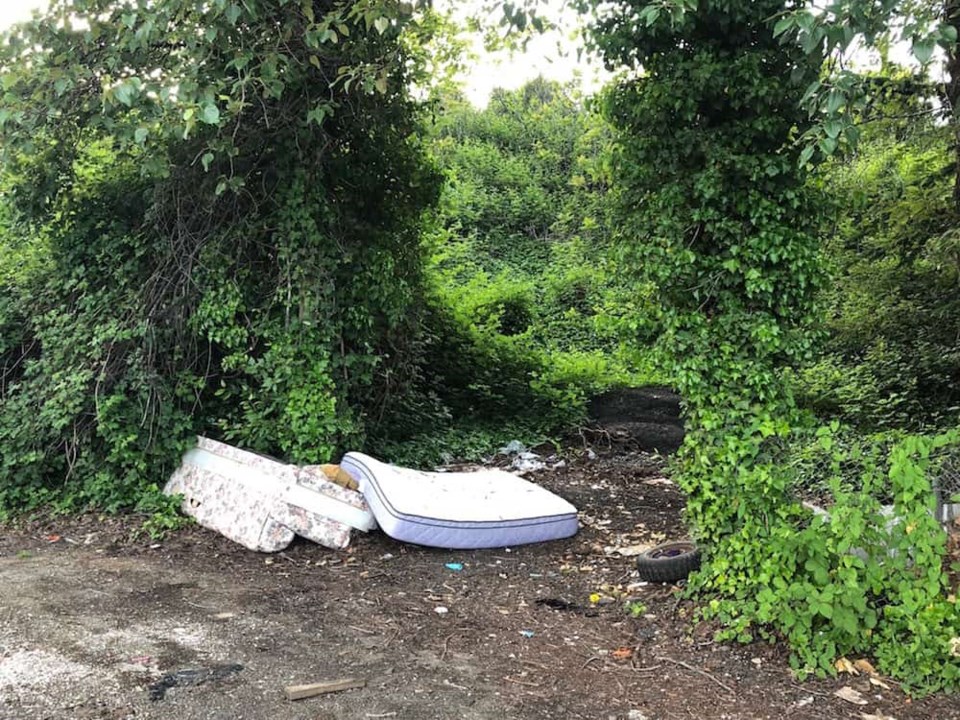 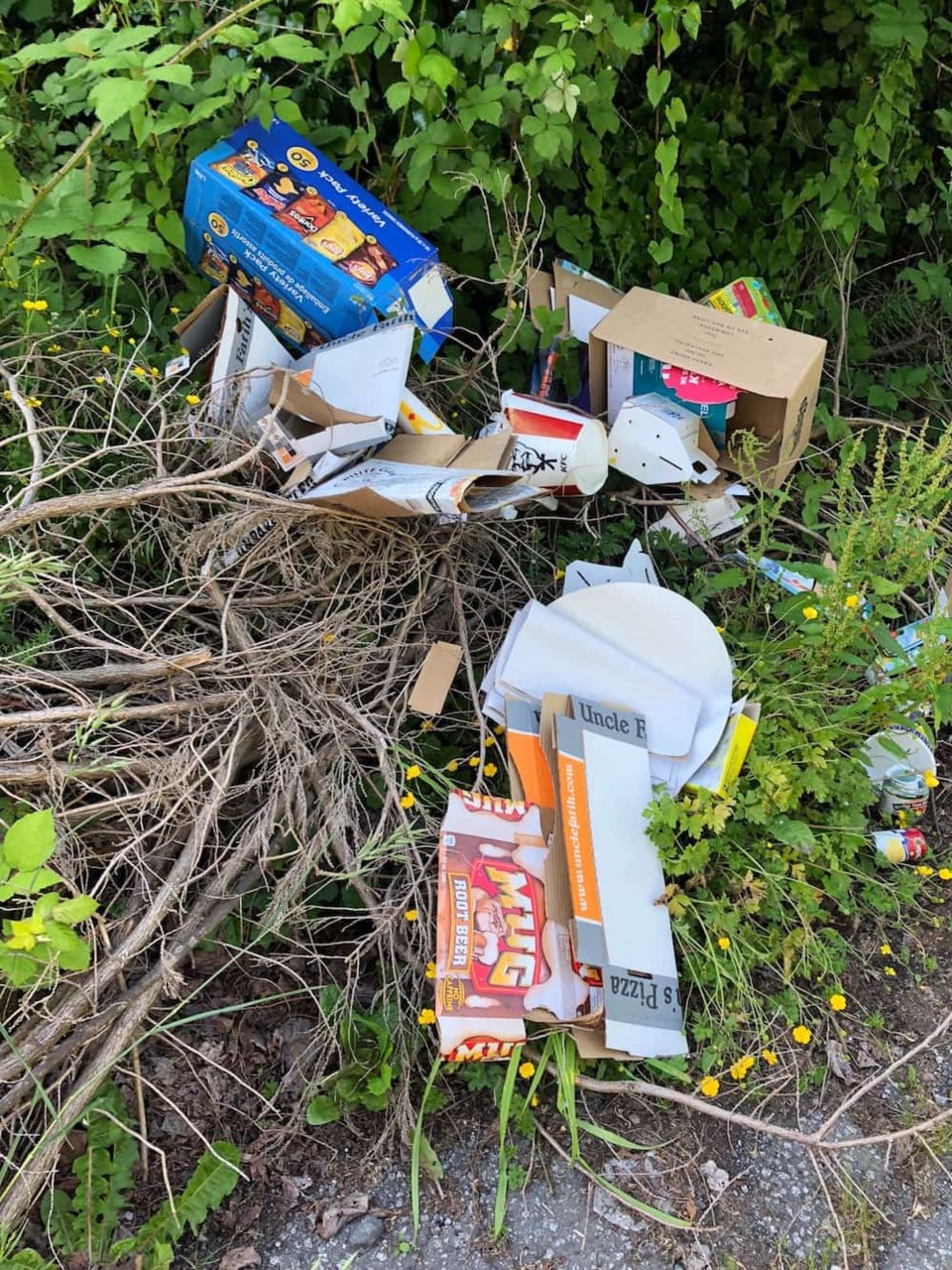 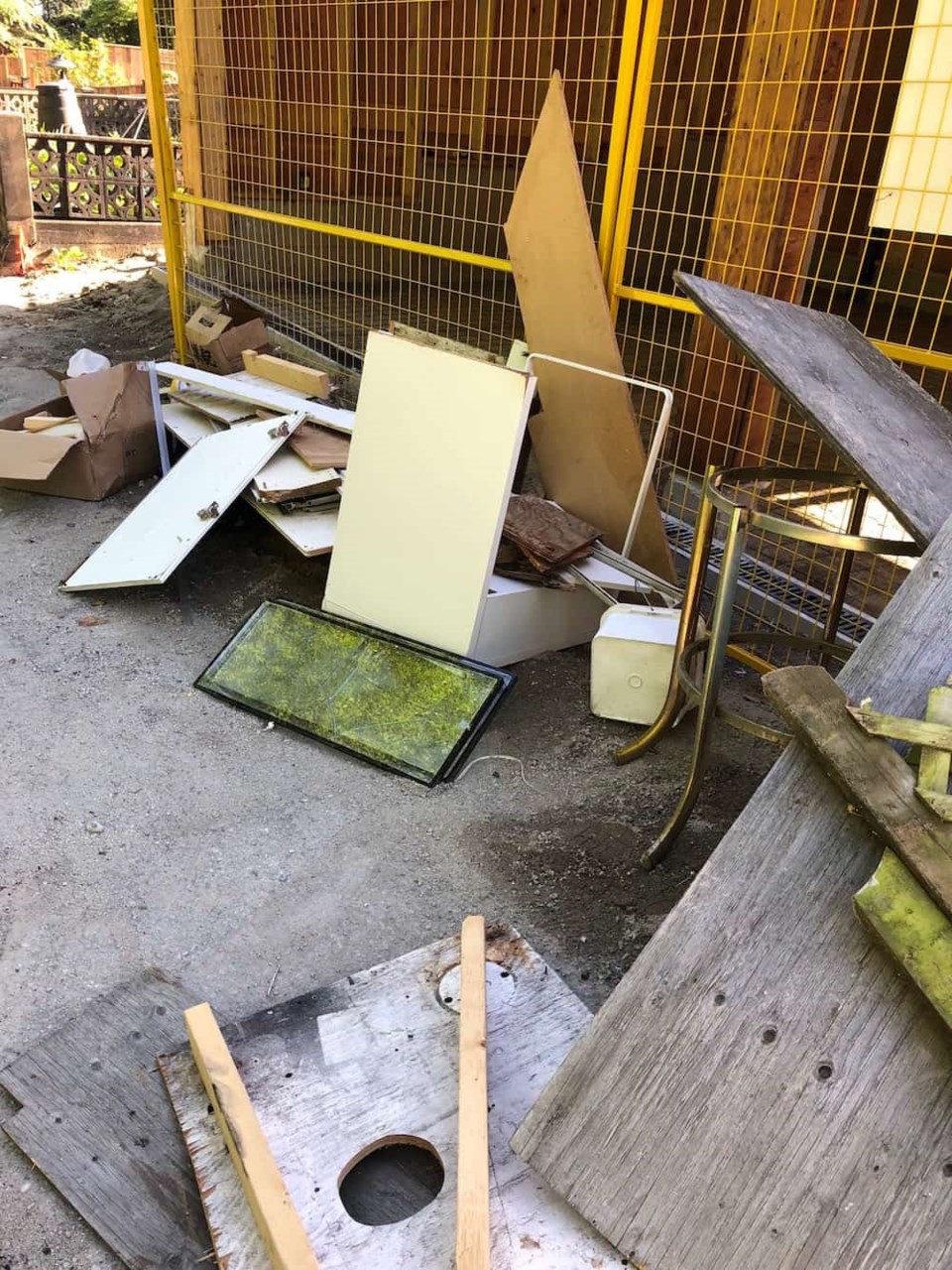 Photo: @ILiveInEastVan / Twitter
In the Downtown Eastside, Vancouver Pics shared an image on Twitter today of garbage strewn across the corner of Columbia and Powell Streets. They note that there has been garbage all over the ground on this corner for weeks, lamenting that "it never changes."

After finding the garbage last month, Fry stated that dumping household garbage isn't just a 'jerk move,' but also a fineable offence. In fact, anyone caught doing so can get slapped with a $500 fine, which is prosecutable up to $10,000 in court.

Locals are also discussing what can be done to stop people from discarding PPE, as well as how they feel about it.

In April, Coquitlam Mayor Richard Stewart called out the new kind of litterbug after posting photographs on Facebook of surgical gloves randomly strewn on a road and at an underground parking lot. He even asked, “Perhaps a $10,000 fine would be in order for discarding used masks/gloves?”

The COVID-19 outbreak has resulted in the widespread use of face masks in South East Asia, some of which have been improperly discarded, says Teale Phelps Bondaroff, director of research for OceansAsia, which investigates wildlife crimes with the aim of bringing those who destroy and pollute marine ecosystems to justice. “It really highlights the fact we are treating our oceans like garbage dumps.”

- With files from the Times Colonist.