Personal attacks on Vancouver city councillors a sign of times 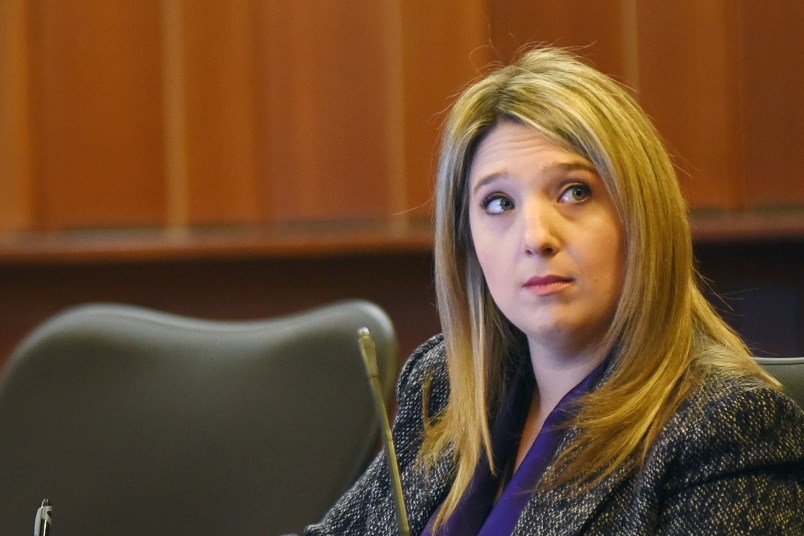 NPA Coun. Melissa De Genova says she has received personal attacks that have included “calls for me to commit suicide and threats of violence to me and my family.” File photo Dan Toulgoet
Column: 12th&Cambie

Way back in November 2018, I knocked out a semi-readable column on my top 20 observations of the new Vancouver city council’s first full week of public meetings.

It was pretty much all snark and nonsense, mixed with a few predictions about the largely rookie cast of 11 political players you elected to lead this city.

It was meant as entertainment, a light read at the end of a grind of a week.

But I’m not much about the funny this week.

Instead, I’m drawn to the nastiness around us, with the pandemic fueling some of that behaviour. As various studies have shown in recent months — along with conversations with family, friends and neighbours — we’re drinking more, our mental health isn’t great and many of us don’t have jobs.

And people are dying — from COVID-19, but hundreds more have lost their lives in this province from drug overdoses.

No wonder people are angry.

Turn on the television, or scroll through your social media feeds, and that anger is likely to swell, with the trigger point being stories and images of political buffoons, thick-skulled idiots, gun-toting cowards, racists and murderers.

When I looked back at those 20 observations and predictions I made in November 2018, I couldn’t get past this one: NPA councillors Melissa De Genova and Sarah Kirby-Yung are both married to VPD officers, which will make for interesting debates concerning policing.

I should have put quotes around “interesting.”

As we’ve seen in 2020 with the debate over the police budget, the mayor’s call for an end to police street checks and the widespread “defund the police” movement, De Genova and Kirby-Yung have become targets of hate — not from other councillors, but from the public.

We heard how hateful those threats have been when both councillors shared stories at Wednesday’s council meeting. Their stories came prior to hearing from residents waiting on the phone to speak to council about the need to abolish street checks in Vancouver.

Kirby-Yung: “There has been what I would describe as a great degree of unfortunate communication [sent to me and directed to me] in its tone and tenor, and has been personally distressing to me, and I think inappropriate and upsetting.”

She ended up recusing herself from the meeting, even though she was legally able to participate. Kirby-Yung said she didn’t want how she feels about an issue to take away from an important conversation about street checks.

At my request, she later sent me screen shots of some of the social media attacks directed at her, including one calling her a white supremacist; Kirby-Yung’s husband is Asian.

De Genova decided to participate in the meeting, didn’t engage in debate and voted with the rest of council to urge the Vancouver Police Board to abolish street checks.

But before council heard the first speaker of the night, De Genova said she too had been targeted in emails, via social media and had received “disturbing phone calls and voice mails that have been left in an effort to intimidate me.”

At my request, she elaborated on those threats in an email.

“These have included calls for me to commit suicide and threats of violence to me and my family,” she wrote.

“l am targeted because of my husband’s employment as a police officer. I suspect the ways I have been targeted are because I am a woman.”

Any reasonable person — no matter their politics — would conclude that’s simply disgusting, deeply concerning and cowardly behavior, which is all too common on social media.

I’m a big fan of reasonable people, not so much of social media or the trolls that inhabit it.

But, as we’ve learned from police this year, racists and mean-spirited idiots with the same DNA going after politicians are committing an unprecedented number of hate crimes in Vancouver, particularly against people of Asian descent.

Most recent statistics show police are investigating 155 hate crimes, as compared to 69 for the same period last year.

That kind of ugliness, on both fronts, is not new, but it’s escalated and become worrisome.

Former Vancouver councillors and other politicians in this city and country, particularly women and people from minority groups, have shared stories privately and publicly about being victims of personal attacks.

Vancouver hasn’t been alone in this regard, with now former Maple Ridge mayor Nicole Read having to take some time away from work because she was the victim of harassment and threats.

Just this month, Lenore Zann, a Liberal MP in Nova Scotia, told the Canadian Press she was installing a home security system in response to abusive online and telephone comments received after she advocated for increased gun controls and a feminist analysis of the recent mass shooting in that province.

The level of hate against women politicians is documented in a report released in April 2019 by the House of Commons’ standing committee on the status of women. The report’s title is, "Elect her: A roadmap for improving representation of women in Canadian politics."

Turn to page 71 and you will find that gender-based violence or harassment against female elected officials can take many forms including sexist comments or insults, sexual harassment, sexual assault and death threats.

And as you read on, you will learn that data shows violence against female elected officials is common, with a survey referenced in the report revealing that more than 80 per cent of respondents indicated having experienced some form of psychological violence during their parliamentary terms, and 20 per cent reported being victims of physical violence.

As for hate crimes, Jewish people in Vancouver have been the primary targets of racists for years, with the city’s Jewish community centre forced to beef up security, add panic buttons and install blast film on its windows.

The reaction from cops I know: Duh.

Kind of the same reaction I have when someone tells me how to do my job, although I’m not armed with a gun or getting called to high-stress and potentially deadly situations — for both the cop and the person involved.

This is not a piece to criticize cops, praise cops or call for their budgets to be reduced. Make your own call on that. But no matter your opinion on a subject, please be sure to seek out the evidence, the data and be thoughtful in your arguments before you find that keyboard courage to attack.

And leave the cops’ wives out of it, if it’s cops you’re after.

Journalists will tell you a story is easier to tell when credibility is at the core of the piece, leaving little doubt about what went down — whether it exposes poor police policy, amplifies a victim’s voice or confirms police acted accordingly.

Maybe it’s just me, maybe it’s the end of another long week, but we’ve become a reactionary bunch and tend not to let the facts get in the way of a sensational story or narrative, or conclusions about racialized communities; ignorance mixed with anger is dangerous.

And I’ll take wonderful any day.