"Changes to access could mean that the able-bodied would be better served at the expense of anyone who can neither bike to the park, or walk the considerable distance to popular destinations within the park."
Jul 30, 2020 4:10 PM By: Megan Lalonde 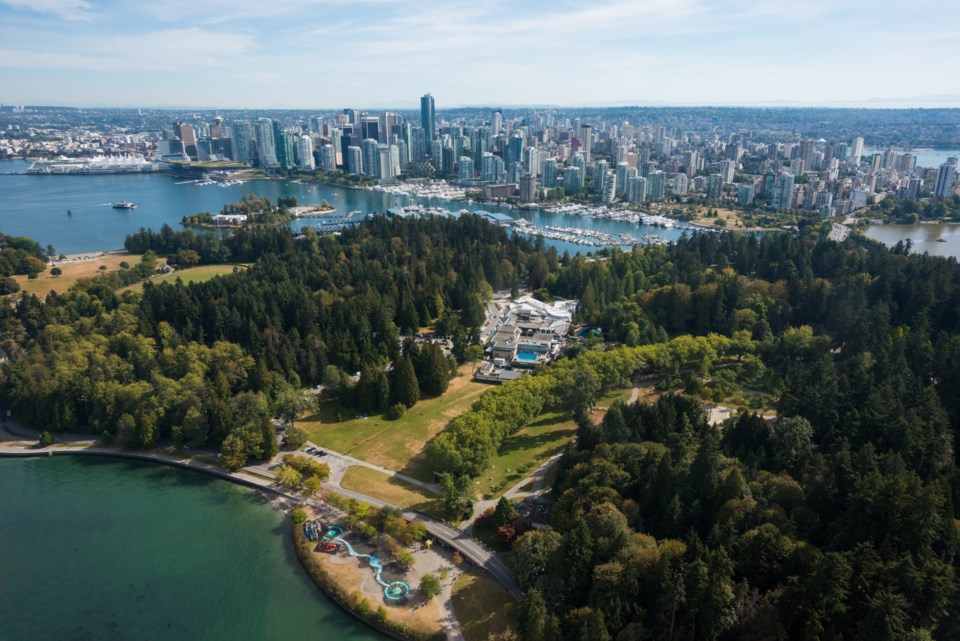 As the Vancouver Park Board continues to explore the long-term feasibility of reducing vehicle traffic in Stanley Park, some local businesses and groups are calling on the board to allow wider access to motor vehicles in the wake of COVID-19-related cutbacks.

A Change.org campaign titled "Keep Stanley Park open for all!" is petitioning the board against lane and parking reductions that it says could limit access "for people who choose to, or must, access the park by car in favour of a second bike route." To date, the petition has amassed over 26,700 signatures.

The board initially closed the park to vehicles on April 8 in order to create more space on the park’s seawall for physical distancing and move cyclists to the park’s main road. Car access was reinstated on June 23, following a June 18 vote, but was reduced from pre-closure levels in favour of a new, dedicated bike lane, while previously-available parking was similarly reduced or eliminated in several areas of the park.

According to the petition's description, long-term "Changes to access could mean that the able-bodied would be better served at the expense of anyone who can neither bike to the park, or walk the considerable distance to popular destinations within the park."

It says maintaining restricted access for vehicles would also unfairly target the elderly and the mobility-challenged, as well as those using public transit and families who want to tote along beach gear like chairs or picnics to the park.

It added, "Refining the park experience, making it safer and more enjoyable is a good thing, but creating a barrier to others is not the way to do that." The petition also makes note of the millions of dollars generated by Stanley Park's parking stalls on an annual basis, which in turn fund park maintenance across the city.

The new parking availability is also affecting Stanley Park businesses, according to a new independent study conducted by The Teahouse restaurant. The restaurant is located at Ferguson Point, overlooking Third Beach.

According to a release, the Park Board's decision to eliminate approximately 80% of the available public parking spots at Third Beach and Ferguson Point, in order to accommodate a one-way bike path, "was implemented without consulting any of the park’s tenants or stakeholders and has dramatically reduced accessibility and increased gridlock in the area."

The "observational study" saw representatives from The Teahouse take note of cyclists using Stanley Park Drive at the Third Beach diversion for a one-month period from June 13 to July 12 of this year, monitoring the area on an hourly basis from 9 a.m. to 9 p.m. daily using the restaurant’s on-site security camera.

It says the data they collected shows the number of cyclists is much lower than the 10,000 to 11,000 cyclists the Park Board initially estimated would be using the roadway each day. Instead, the restaurant claims the numbers peaked at just 6,400.

“The current set up is not working and is simply unsustainable, but the Vancouver Park Board is not taking any action to rectify the situation,” explained Brent Davies, owner of The Teahouse in a release. “Based on our first-hand research, it’s clear that the cycle traffic is not significant enough to justify the devastating impact this new bike lane is having on the park’s local economy and the safety risk it poses to park users.”

In a letter to Park Board commissioners, the Change.org petition's founders said despite the re-opened road, "reallocated" parking means there are few spots for park visitors arriving in vehicles to stop or park, and urged the board to review the plan.

- With files from Mike Howell