A VPD officer has been charged with driving without due care and attention in an incident related to an alleged suspect fleeing a crime scene on a bicycle.
Sep 13, 2019 7:28 AM By: Vancouver Courier 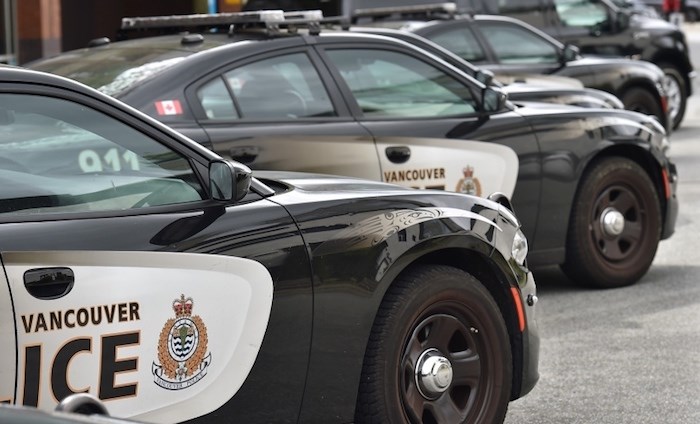 A Vancouver police officer has been charged with driving without due care and attention in an incident that occurred in September 2018 related to an alleged suspect fleeing a crime scene on a bicycle.

The B.C. Prosecution Service announced Thursday that the charge had been approved against Const. John Pankratz. A collision between the police vehicle driven by Pankratz and the bicycle resulted in injuries to the suspect, the prosecution service said in a news release.

“As a consequence of the injuries suffered by the pedestrians, the incident was investigated by the Independent Investigations Office,” the prosecution service said.

“Following the investigation, the Chief Civilian Director of the IIO determined that there were reasonable grounds to believe the officer driving the vehicle involved had committed an offence, and submitted a report to the [prosecution service].”

Pankratz has a first appearance scheduled for Oct. 7 at Vancouver provincial court.