Vancouver city hall is closed to the public today because of a power outage.
0
May 21, 2019 1:44 PM By: Vancouver Courier

Vancouver city hall is closed to the public today because of a power outage.

BC Hydro was on scene Tuesday afternoon at 453 West 12th Ave. to investigate the cause of the outage, which has not impacted other city buildings in the area. 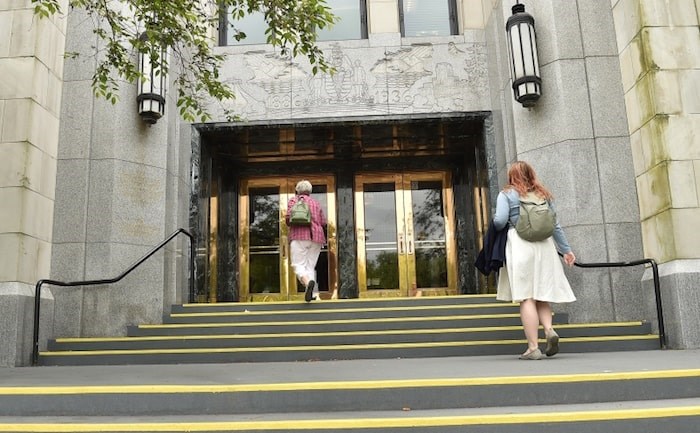 The City of Vancouver announced Thursday that it will no longer accept cash payments of more than $10,000 from people paying bills in an effort to prevent or deter potential money laundering that two city councillors suggested this week could be occurring at city hall. Photo Dan Toulgoet

“This means there is no access to revenue services today, however customers can still access building permits and licences [at 515 West 10th Ave.],” the city said in a news release. “We expect to have power at city hall and be open for regular business hours on Wednesday.”

No council meetings or public hearings were scheduled Tuesday.