A project to transform aging dikes in British Columbia's Lower Mainland to make them more salmon-friendly is among 23 proposals selected by the federal and provincial governments to restore wild fish stocks.
Jul 6, 2019 11:30 AM By: The Canadian Press

VANCOUVER — A project to transform aging dikes in British Columbia's Lower Mainland to make them more salmon-friendly is among 23 proposals selected by the federal and provincial governments to restore wild fish stocks. 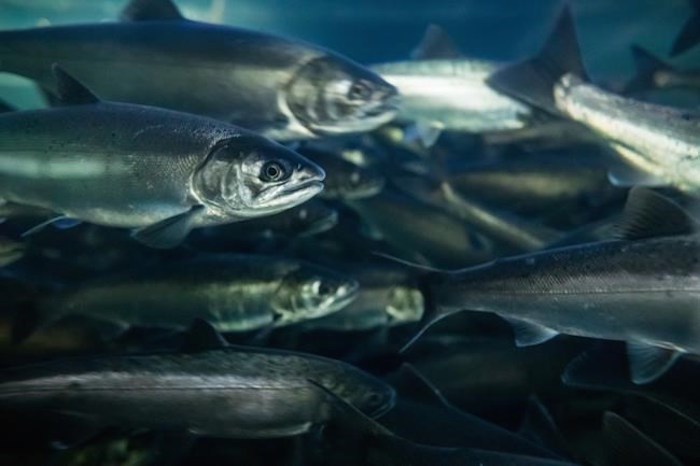 Federal Fisheries Minister Jonathan Wilkinson and B.C. Agriculture Minister Lana Popham announced the recipients Friday of the first round of funding under the B.C. Salmon Restoration and Innovation Fund.

The fund was launched in May and aims to restore the province's imperilled wild salmon through innovation, infrastructure and science projects. Once agreements are finalized, the proponents could receive about $13 million in total funding in the first year of the program.

"Wild salmon are a part of who we are as British Columbians and are foundational to B.C.'s ecosystem, history and economy," Popham said at a news conference.

"For many Indigenous and coastal communities, salmon are a way of life. Salmon are a reminder that we are all connected. But for many years, we have seen severe declines in wild salmon stocks."

Wilkinson said not all stocks are in decline, but 12 of 13 Fraser chinook runs are endangered and there have also been downturns in sockeye. The reasons include habitat loss and climate change, as salmon are a cold water species and rivers are warming, he said.

"It further underlines why we need to take action on climate change to stop the further warming of this planet, because we are fundamentally changing ecosystems and making it very difficult for species like salmon to thrive and even survive in the long-term."

One of the projects is called Connected Waters, led by Tides Canada and Watershed Watch Salmon Society, which will spend the next year identifying dikes across the Lower Fraser River and its tributaries that are blocking the passage of juvenile salmon.

Lina Azeez, a campaign manager with Watershed Watch, said there are about 1,500 kilometres of waterways in the Lower Mainland behind dikes that are historically salmon overwintering and rearing habitat.

Fish passage was not considered when the dikes were originally installed, she said, and the important juvenile phase of salmon life is sometimes overlooked.

"I always like to use the analogy of our children," she said. "We always want to give them a good, strong start to life, so they become good, strong adults who are able to survive.

Azeez said the groups aim to come up with green-infrastructure solutions that are site-specific. Options include "living dikes" that are made of natural materials, floodgates that open and close more naturally with the tide, and setback dikes, which are located inland away from riverbanks and riparian habitats.

Other groups that received funding on Friday include the University of British Columbia, which will conduct research on the sustainability of capture-and-release recreational fisheries, and the Sport Fishing Institute for a mobile app that helps monitor catches.

The Cowichan Valley Regional District and Cowichan Tribes will explore building new water storage infrastructure in Cowichan Lake to provide flows required to sustain salmon, while the Scw'exmx Tribal Council will assess and rehabilitate degraded habitats in the Coldwater River and Guichon Creek watersheds in the Thompson, Nicola region.