More than 80 owners of properties and small businesses who suffered through noise, dust and fencing that impeded customer access while the Canada Line was being built along Cambie Street between 2005 and 2009 must wait until at least next year to get compensation.
0
Oct 7, 2018 9:35 AM By: Glen Korstrom

More than 80 owners of properties and small businesses who suffered through noise, dust and fencing that impeded customer access while the Canada Line was being built along Cambie Street between 2005 and 2009 must wait until at least next year to get compensation.

That is if they get compensation at all. 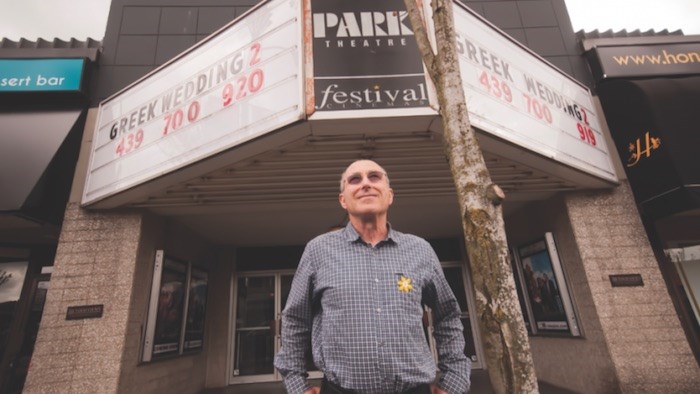 Leonard Schein operated the Festival Cinemas, which included the Park Theatre on Cambie Street when the Canada Line was built. Photo Chung Chow

Defendants in the merchants’ class action lawsuit, which has dragged on since around 2010, on Oct. 2 appealed a Sept. 4 B.C. Supreme Court judgment that was in favour of the merchants. That judgment provided a formula for how the compensation should be doled out.

Leonard Schein, whose Festival Cinemas would have been entitled to $128,000 in compensation was disappointed with the appeal.

He pointed to some of the defendants that he said are connected with the provincial government — Canada Line Rapid Transit Inc., Intransit BC LP, Intransit British Columbia G.P. Ltd. and South Coast British Columbia Transportation Authority — and said that it does not make sense for public money to be spent on lawyers to continue to fight paying compensation to the merchants.

B.C.’s Ministry of Attorney General told Business in Vancouver in an emailed statement that it is “not a defendant in these proceedings and so has no comment.”

Schein, however, pointed to how the B.C. government appoints TransLink’s board of directors, so the province does have some sway in whether an appeal is launched.

“In 2008, the CEO of TransLink and the vice-president of major projects wanted to compensate the Cambie Village Business Association with an offer of $5 million, which we accepted, however, the TransLink board appointed by the government vetoed our settlement and told us to sue them," he said. "So from our experience with the previous government, they got what they wanted and overruled TransLink management. The government can certainly tell the board to drop the appeal if they want to.”

The first part of the class action is to get the court to certify a case as a class action. After the merchants were able to get their case certified, the defendants unsuccessfully appealed.

“We won on that, and the government did not appeal that,” Schein said.

The third trial was in May and related to the formula for which the merchants would be compensated.

“They wanted to basically give us very, very little for our losses, basically claiming that after the line was finished, everything was back to normal so we shouldn’t get much,” he said.

Justice Christopher Grauer in September awarded damages for the three representative cases within the class action lawsuit by way of a formula that could be used by all the eligible merchants.

Schein was one of the representative cases.

BIV reported in 2016 that, in November 2015, B.C. Supreme Court found that although the merchants affected by construction couldn’t sue the SkyTrain line’s builders for any loss of revenue, they could sue if they could prove that their leases or properties were devalued during the construction.

Small-business owners then had to fill out forms and attach financial records to prove that their businesses were performing better before Canada Line construction launched than during the construction period from 2005 to 2009.

One tenant who suffered during construction and is not eligible for compensation is Susan Heyes, who then owned the maternity-wear company Hazel & Jools.

She launched a separate individual lawsuit against the Canada Line builders and therefore was not eligible to be part of the class-action lawsuit.

Heyes won a $600,000 judgment in BC Supreme Court and then lost that award when the defendants appealed and won in B.C. Court of Appeal. Her attempt to take the case to the Supreme Court of Canada was unsuccessful and she told BIV in 2011 that she had spent $400,000 in legal fees.