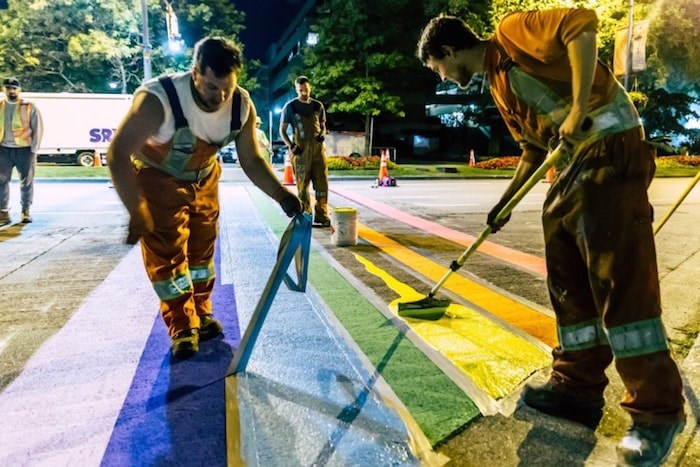 Crews were on site at 4 p.m. to prep the road, and began painting the first stripe around 8 p.m. The job took about 10 hours to complete.

Many Richmond residents took to the streets to share their photos of the colourful crosswalk.

Fresh coat of paint on the crosswalk in front of the cultural centre on Minoru blvd. to kick off pride week in #RichmondBC pic.twitter.com/eMrNqPmHAW

The permanent rainbow crosswalk at Minoru Boulevard is officially complete! 🌈 Celebrate #RichmondBC #PrideWeek with us by checking out the events at https://t.co/wurp1qXJ84. pic.twitter.com/o4aSlXrhEi

The crosswalk stirred up controversy in Richmond, with people citing safety concerns, lack of consultation, the $15,000 price tag and disharmony in an attempt to convince councillors to halt the rainbow.