The BC Centre for Disease Control (BCCDC) says that salmonella infection causes symptoms including diarrhea, fever and abdominal cramps that develop six to 72 hours after exposure, and usually lasts four to seven days.
Aug 13, 2020 12:02 PM By: Elana Shepert 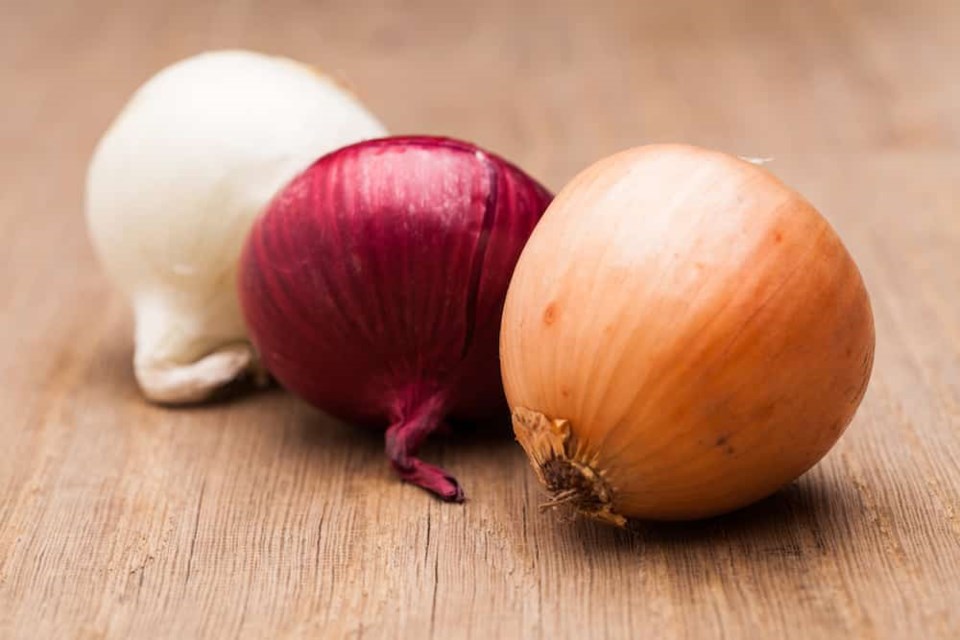 The Canadian Food Inspection Agency has updated a food recall warning of onions due to possible salmonella contamination to include additional distribution and product information.

Earlier this month, the Public Health Agency of Canada (PHAC) warned the residents that red onions imported from the U.S. are likely behind an ongoing salmonella outbreak in B.C. and four other provinces.

Now, CIFA has updated its list of recalled products to include Krown brand red and yellow onions grown by Thomson International Inc., Bakersfield, California, and imported from the USA.

These products may also have been purchased on-line or through various restaurant locations. They may also have been sold in bulk or in smaller packages with or without a label and may not bear the same brand or product names as described below. The CFIA will continue its investigation into other possible importers and additional recalls may follow.

Have a look at the list of the recalled products HERE.

The BC Centre for Disease Control (BCCDC) says that salmonella infection causes symptoms including diarrhea, fever and abdominal cramps that develop six to 72 hours after exposure, and usually lasts four to seven days.

Most people recover without treatment, according to the agency, however, children younger than five and adults over 65, as well as those with weakened immune systems, are more likely to have a severe illness.

The BCCDC says that anyone experiencing symptoms should contact their health care provider.

Salmonella bacteria are found naturally in the intestines of animals, reptiles and birds, according to PHAC, and are most often transmitted to people when they eat contaminated foods.

Typically, those contaminated foods come from animals sources such as poultry, beef, milk or eggs, however, they can also include fruits, vegetables and herbs.

- With files from Kristen Clarke.