City shuts down Downtown Eastside SRO due to 'deplorable negligence'

Photo Dan Toulgoet The City of Vancouver is shutting down a decrepit residence on the Downtown Eastside, where some of the city's most vulnerable have been living in what the CEO of a non-profit housing society said are mould- and feces-ridden condit
Jun 24, 2018 9:36 AM By: The Canadian Press 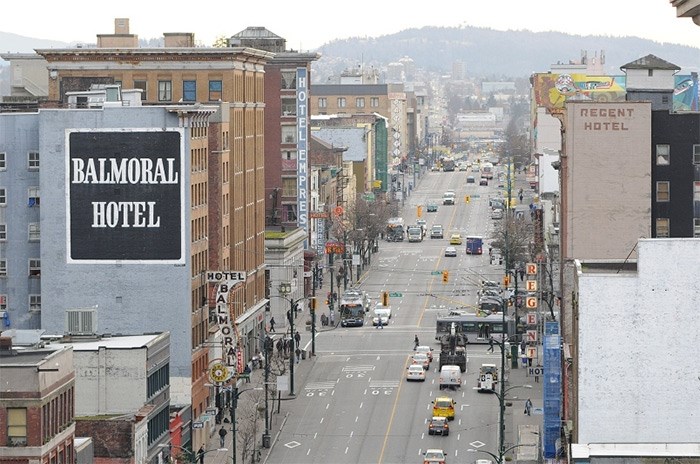 The City of Vancouver is shutting down a decrepit residence on the Downtown Eastside, where some of the city's most vulnerable have been living in what the CEO of a non-profit housing society said are mould- and feces-ridden conditions.

Janice Abbott, the CEO of Atira Women's Resource Society, which took over management of the Regent Hotel about three months ago, said the building is in horrific condition.

An order was issued Wednesday giving the occupants eight days notice to leave the building and the province is offering tenancy at one of two nearby buildings it recently purchased.

Atira Women's Resource Society was in negotiations with the building's owners, the Sahota family, for about 18 months before reaching an agreement to take over management of it, Abbott said.

While the building appeared relatively clean each time she visited it during the negotiation period, Abbott said it was a different story once she was able to visit without giving advance notice and had the opportunity to meet people in their rooms.

It's still difficult to estimate how many actual tenants there are, because there were about 100 extra people sleeping in hallways, stairwells and elevators, she said.

"There was mould in the rooms, ceilings had collapsed under the weight of water ingress, people were living without health care or attention from the health-care system," Abbott said. "So unrelated to the shape of their rooms, they would be living in their own feces, urine-soaked mattresses."

This, in addition to rampant violence against women, assaults and cases of tenants being forced out of their rooms by others who wanted to rent them out, Abbott said.

Vancouver Mayor Gregor Robertson said the Regent Hotel has been the subject of more than 1,000 outstanding bylaw violations, including 445 that were referred for prosecution.

"After many years of deplorable negligence by the owners of the Regent Hotel, the city and province must intervene for the safety and well-being of tenants," Robertson said in a statement.

The city's chief building official determined that, due to decades of underinvestment and mismanagement by the building's owners, structural and life-safety deficiencies constitute unsafe living conditions.

About 80 residents will have the option to move into one of two buildings called the Jubilee Rooms on nearby Main Street, which the province recently purchased for $12.5 million.

With the support of Atira and other service providers, including RainCity Housing, approximately 50 Regent tenants already have moved to other locations in the past several weeks.

The Sahotas could not immediately be reached for comment.