Rescued parrots up for adoption land sanctuary in Delta, thanks to Craigslist

A blue and gold macaw named Clyde eats a nut at a warehouse where 95 birds awaiting adoption are being housed by the Greyhaven Exotic Bird Sanctuary, in Vancouver, B.C., on Tuesday January 23, 2018.
0
Jun 10, 2018 12:27 PM By: The Canadian Press 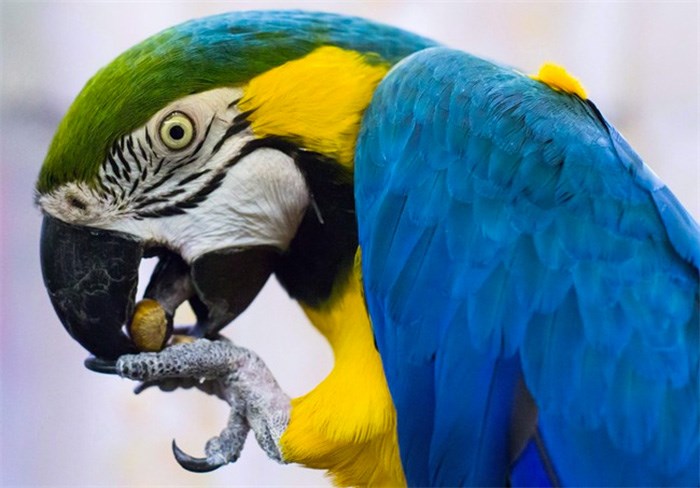 A blue and gold macaw named Clyde eats a nut at a warehouse where 95 birds awaiting adoption are being housed by the Greyhaven Exotic Bird Sanctuary, in Vancouver, B.C., on Tuesday January 23, 2018. Dozens of rescued parrots awaiting adoption have found a new sanctuary via Craigslist. THE CANADIAN PRESS/Darryl Dyck

Jan Roberts walks through the five-bedroom house on a country road in Delta, B.C., greeting its feathered tenants one by one.

Simon and Garfunkel are about to move out — they've been adopted by a family in Nova Scotia. She strokes Ruby's beak before Dexter hops beside her to see what's going on. And when she starts singing the theme song to "The Addams Family," Joey bobs his head to the beat.

Roberts, a spokeswoman for the Greyhaven Exotic Bird Sanctuary, says the 70 adoptable rescue parrots are lucky to have this space, which volunteers found the way many house hunters do these days.

"Craigslist — sometimes it works," she said. "Fortunately the (landlord) is an animal lover."

This group of birds was most recently living in an East Vancouver warehouse, but were up against the clock as the property was up for development. The sanctuary has signed a one-year lease on the property, and Roberts hopes the birds will find their forever homes before it expires.

The rescue parrots have come a long way since they were among 584 collected from the World Parrot Refuge in Coombs on Vancouver Island in 2016, after the owner of the sanctuary died. Many were in rough shape, including the love bird that Roberts adopted, which had broken wings, beak damage and missing toes.

Many are still being treated for avian herpes or papilloma virus. Some will never see their feathers grow back, after stress caused them or their neighbours to pick them out. But most are well on their way to recovery after some love and care, said Roberts, pointing to a cockatoo named Lancelot who used to cower in his cage in fear, but is now well adjusted to human contact.

Since the parrots left the Vancouver Island facility, most have either landed with other rescue groups or been adopted by families across the country, including in B.C., Alberta, Manitoba and Saskatchewan.

As fabulous as the new sanctuary is, and as top-notch as the care by volunteers may be, Roberts said it's time for the parrots to find their forever homes.

"They need their own homes, they need the opportunity to be spoiled individually as opposed to in a group. And we see them really blossom when they get that opportunity. So we want to make sure that that's where they're going," she said.

Anyone interested in adoption should do their research in advance, she said, and be aware of the demands of parrots as pets, including noise levels, medical needs, potentially long lifespans, and other concerns.

But she said they can be rewarding pets that are intelligent and sensitive to the energies of their owners.

"If you want a companion in the truest sense of the word, you can't go too far wrong with a parrot," she said.