The value of this Richmond senior's two-bedroom unit has increased by 37 per cent — more than four times the average increase for condos across the city.
0
Jan 18, 2019 7:33 AM By: Megan Devlin

Walking down Moffatt Road to Louise McManus’ condo, you can see why she’s lived in it for 25 years.

The branches of coniferous trees lazily extend over the street and black rabbits nibble on patches of grass.

Mid-rise condo buildings made of stucco or slats line the streets, similar to McManus’, which is three storeys high.

Louise McManus stands outside her condo on Moffatt Road holding her letter from BC Assessment. Her home’s assessed value jumped by 37 per cent since last year, more than four times the city-wide average for condos. Photo: Megan Devlin/Richmond News

She describes it as a friendly place, rather unremarkable and certainly not high-end.

That’s why she was shocked to open this year’s BC Assessment letter that told her the value of her two-bedroom unit had increased by 37 per cent — more than four times the average increase for condos across the city.

“I think that's a bit excessive,” she told the Richmond News. “You just can’t get any sort of rational reason about why has it gone up so much.”

If she was looking to sell, this would be great news.

But at 80 years old, McManus wants to live out her retirement here and she’s worried about the corresponding increase in property taxes an assessment jump like this will mean. 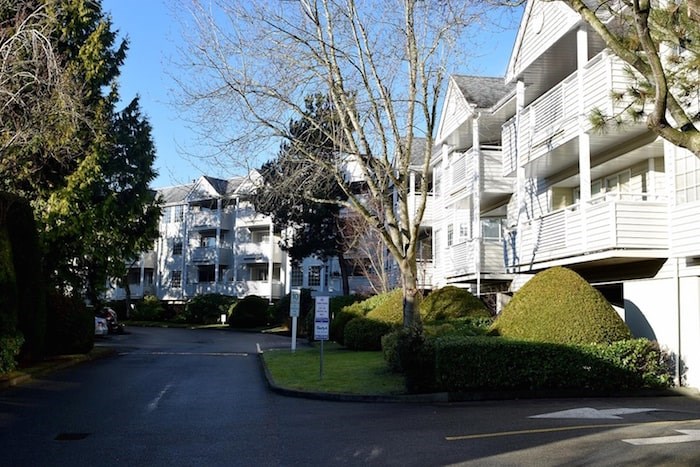 McManus’ building on Moffatt Road is 25 years old. She says it’s not fancy, but older buildings tend to have larger units than newer ones. That makes them more desirable. Photo: Megan Devlin/Richmond News

Stories have been told about Lower Mainland seniors, in multi-million dollar, single-family homes, who worry about their property taxes, and the same problem has begun affecting seniors living in modest condos.

“This year, the higher assessment increases are generally for condo/townhomes and therefore most of these properties will have tax increases.”

A number of factors, including location, size, quality of the home and age go into determining a property’s assessed value, said deputy assessor Brian Smith.

BC Assessment is essentially trying to determine how much the property would be worth on the market.

McManus’ property hasn’t had many updates since it was built in the mid-1990s. But it’s not about how nice the home is, it’s about how much others are willing to pay for it. 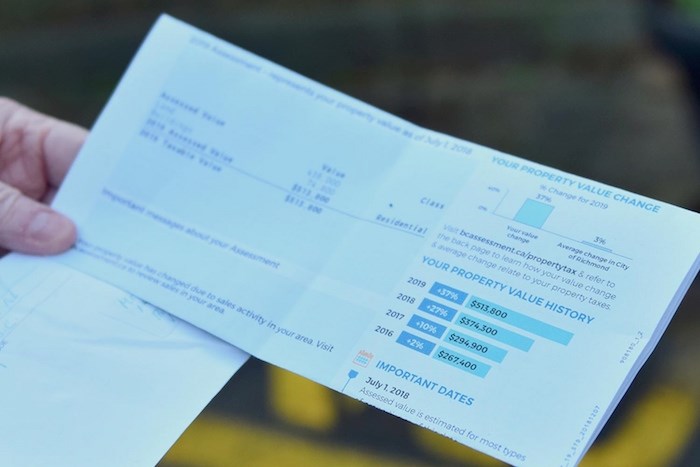 McManus’ condo has nearly doubled in value in three years. Last year’s increase corresponded to a property tax hike, and this year’s spike likely will, too. Photo: Megan Devlin/Richmond News

“The market is like a pyramid,” he said. “The higher the price, the fewer people can afford it. As interest rates go up and the stress test (implemented last January kicks in), buyers could afford less. Then people end up buying a lower priced home, which puts pressure on townhouses, condos and lower-end detached homes.”

He added McManus’ unit could be particularly desirable because older condos tend to be larger than newer ones.

“Everyone will move many times until they get to the home they want,” he said. “But if someone was to buy an older home that they can actually live in, they can stay in it longer.”

She’s also about a 20-minute walk to Brighouse Station, close enough that the higher prices on new city centre developments could push her assessed value up.

For now, McManus said she can still afford to pay her property taxes and won’t defer them under a provincial low-interest loan program available to people 55 and up.

But other seniors are in a more precarious position.

According to a report by B.C.’s seniors’ advocate Isobel Mackenzie, 27 per cent more seniors, province-wide, deferred their taxes in 2017/18 compared to the previous year.

City spokesperson Ted Townsend said the city receives more than 2,000 applications to defer property taxes ever year, most of them from seniors.

Municipalities can only levy enough property taxes to balance the budget. Assessed values of homes help them determine what portion of that each resident pays.

Townsend added the city mails property tax bills after the May long weekend.