A former manager of VIP gaming at River Rock Casino and Resort in Richmond believes he’s being set up as the “fall person.”
0
Jan 25, 2020 6:50 PM By: Graeme Wood 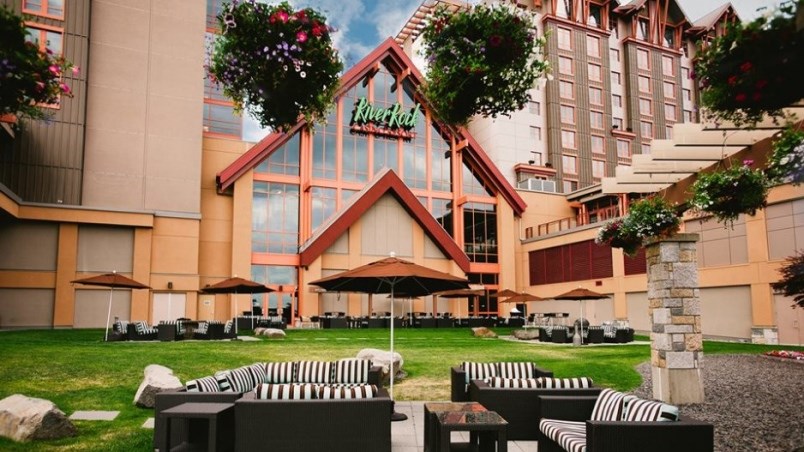 Walter Soo claims in a lawsuit filed last month in BC Supreme Court that he was fired August 29, 2019, as Great Canadian Gaming Corp.’s executive vice-president of player and gaming development and was asked to sign a settlement agreement that “would force him to refrain from co-operating or participating in proceedings” involving Great Canadian.

Despite the agreement being a condition of a severance package that included two years’ salary ($443,000), plus stock options, Soo claims he did not sign the agreement as it could compromise his reputation following reports by Global News naming him as a company executive who would have been responsible for preventing alleged widespread money laundering in the casino – something he denies.

“The actions of Great Canadian were devised with the ulterior motive of preventing Mr. Soo from clarifying his employment obligations and addressing and clearing his name of the defamatory statements made against him,” Soo claims.

“They were designed to protect Great Canadian, its Board and its senior executives,” including the two most senior who he reported to: President and CEO Rod Baker and President of Strategic Growth and Chief Compliance Officer Terrance Doyle – as well as board members, including Canadian Senator Larry Campbell, who has chaired the compliance and security committee since June 2015.

Campbell, a board member since 2008, has $2.3 million in company shares, according to Great Canadian’s March 2019 management circular.

Campbell did not respond to Glacier Media for comment on his role and actions directing the committee as it relates to anti-money laundering regulations. Campbell is a former mayor of Vancouver who championed harm reduction policies for street drug users.

In July 2015, large cash transactions had become commonplace in B.C. casinos; some people were bringing in suitcases and hockey bags full of $20 bills, according to Attorney General David Eby, who launched the Commission of Inquiry into Money Laundering in British Columbia.

German noted how investigators found “approximately $13.5 million in $20 bills was accepted during July 2015 alone” at River Rock. German reported that Doyle, as Great Canadian’s compliance officer in 2016, “with no clear direction from BCLC [the BC Lottery Corp.] or [Gaming Policy and Enforcement Branch],” called on casino employees to no longer accept large un-sourced cash deposits.

Signing the agreement, Soo claims, “could enable Great Canadian Executives responsible for overseeing, monitoring and preventing the alleged activities to avoid responsibility for their own personal actions and responsibilities….”

Soo claims Baker and Doyle were ultimately responsible for compliance with anti-money laundering laws and regulations. Soo claims that “truthful testimony” at the inquiry will reveal his role at the company fell outside compliance and security responsibilities. Soo states he intends to participate in the inquiry to clear his reputation.

“Mr. Soo is not prepared to be the ‘fall person’ for Great Canadian, Mr. Doyle, Mr. Baker, the Board or [BCLC],” states the claim prepared by lawyer Dwight C. Harbottle of Harbottle and Co.

Soo also claims to be “aware but not responsible for” the actions and oversight of the corporate compliance department, whose mandate was to investigate transactions that involved large amounts of cash or were otherwise suspicious. Soo stated that security and compliance matters “were never part of his job function.”

Soo claims that in 2014, after BCLC introduced a requirement to interview gamblers with a history of large cash buy-ins, the company’s compliance department and BCLC personnel oversaw such efforts, and not Soo.

Central to not signing the agreement is Soo’s stated desire to clear his reputation.

One Global News report cites Soo, Doyle and then security and compliance director Robert Kroeker as top managers in 2014 when – according to documents obtained by reporters – gambling regulators were investigating whether a banned loan shark was still actively pouring millions of dollars through the casino.

Global News senior manager Rishma Govani told Glacier Media Friday that Global stands by its reporting, which “is based on journalistic integrity and balanced coverage.”

Soo is suing for loss of salary and asking for an order declaring the alleged employment contract is invalid. He was earning a $221,500 base salary with a $66,450 bonus at the time of his firing.

Great Canadian responded to Soo’s claims on January 9, calling most of them “unnecessary, scandalous, frivolous and vexatious.” The company said Soo “repudiated, or in the alternative anticipatorily breached,” the employment contract.

By his account Soo made investors and executives of Great Canadian handsome profits thanks to his efforts to bring in big money gamblers from Asia to the company’s flagship B.C. casino in Richmond.

In 2009, according to the claim, Soo and Baker introduced “ultra premium” and VIP table games onto the third floor, replacing slot machines. From 2010 to 2015 the VIP tables continued to expand, taking the place of the poker tables, off-track betting and some ground floor space. The ultra premium table games even took space previously used for security and surveillance operations, claimed Soo.

“Mr. Soo was congratulated for his performance and his contribution to Great Canadian was recognized by both his superiors and the Board of Directors.”

Soo’s salary was significantly supplemented by large bonuses as revenue from the tables increased by “double digit” percentages.

“He was praised by Mr. Baker for growing Great Canadian’s shareholder value,” which increased nearly tenfold from 2009 to 2014.