A lucky woman got a surprise birthday greeting from one of Vancouver's most beloved actors this week.
Nov 17, 2020 5:23 PM By: Elana Shepert 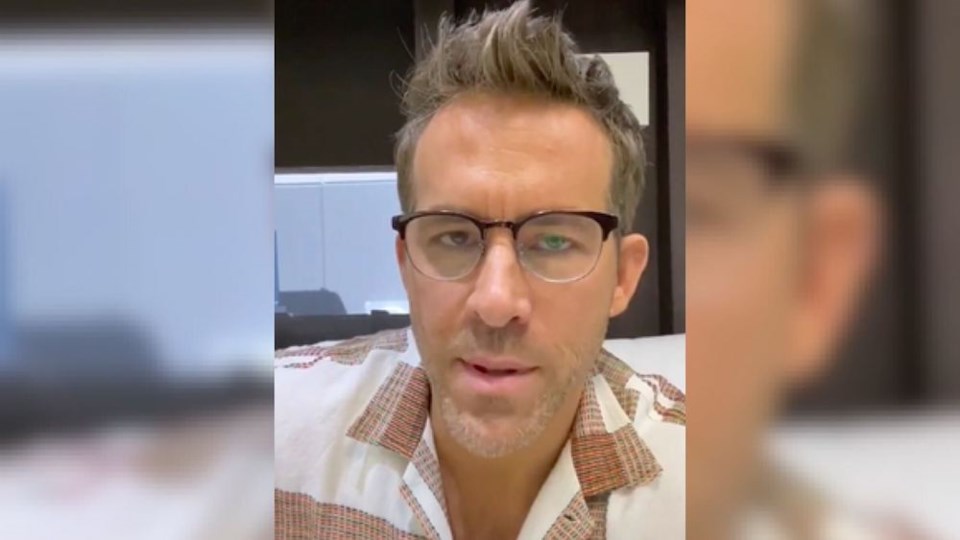 A lucky woman got a surprise birthday greeting from one of Vancouver's most beloved actors this week.

On Monday, Nov. 16, mirandagrace211 took to TikTok to share a special video a coworker made for her sister's birthday.

In the video, the colleague, Deadpool star Ryan Reynolds says, "I'm working with your sister Miranda here on the feature film Red Notice.

"I believe that's the name of it," he jokes.

Reynolds goes on to say that this is the woman's "first annual happy birthday video message" and that it's in the calendar--so it'll happen every year.

After wishing the birthday lady "lots of love," the Vancouver actor adds that he hopes to meet her in person one day.

Have a look at Reynold's birthday greeting.

Ryan Reynolds is in Vancouver this week filming his latest feature film, The Adam Project.

Earlier this year, the funnyman announced a new initiative that will offer selected candidates who are Black, Indigenous, people of colour or people from marginalized and excluded communities the chance to work as trainees on the film.

Reynolds is covering all of the trainees' wages, as well as their travel expenses and accommodation.

Back in August, Premier John Horgan asked B.C.-raised Hollywood heavyweights Reynolds and Seth Rogen to help him encourage young people in the province to stop partying during the pandemic.

"This is a callout to Deadpool right now," Horgan said. “Ryan, we need your help out here, get in touch with us.”

However, in typical Reynolds fashion, the beloved Canadian actor joked that he could give advice about plastic surgery, because he, "used to be Hugh Jackman."