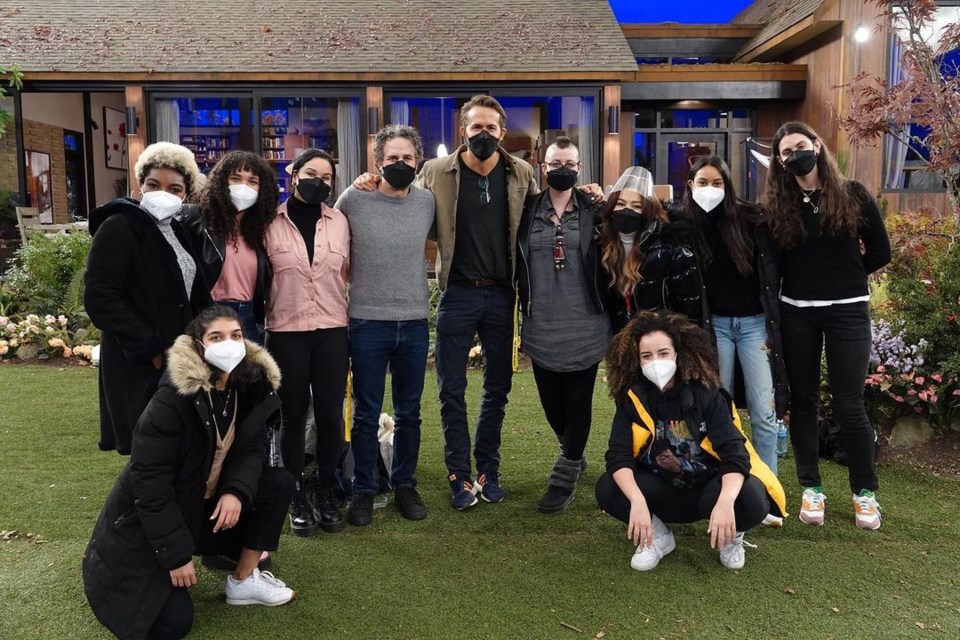 Ryan Reynolds and some of the crew involved with the Group Effort Initiative during The Adam Project.Ryan Reynolds / Instagram

Arguably Vancouver's most popular former resident (at least the past few years), Ryan Reynolds is likely preparing to leave again.

That's because The Adam Project is wrapping up filming, according to the A-lister's Instagram.

"Normally, at the end of a film, I’m outta there so fast, there’s a Ryan-sized hole in the wall," Reynolds writes. "But not this time... as #TheAdamProject winds down, we had our final Q&A last week."

The Q&A was for the Group Effort Initiative, a project Reynolds founded and funded to help Black, Indigenous and other people of colour (BIPOC) find jobs in the film industry, as those demographics are underrepresented.

"The goal of The Group Effort Initiative is to not only increase inclusion behind the scenes, but to create sustained careers beyond this initiative. It’s designed to make a stronger and more creative film industry," writes Reynolds in the post.

The Adam Project started production in the Vancouver area in mid-November and took over a variety of locations around the city including the Vancouver Convention Centre. Starring alongside Reynolds in the film are Mark Ruffalo, Jennifer Garner and Zoe Saldana. According to Creative BC production is due to wrap up next week in B.C., but it doesn't state who will be involved in the last few days of shooting.

This was the first film for the Group Effort Initiative.

"Huge thanks to the @inclusionists for the guiding hand and thank you to the entire crew in Vancouver for supporting this program’s inaugural run," writes Reynolds.