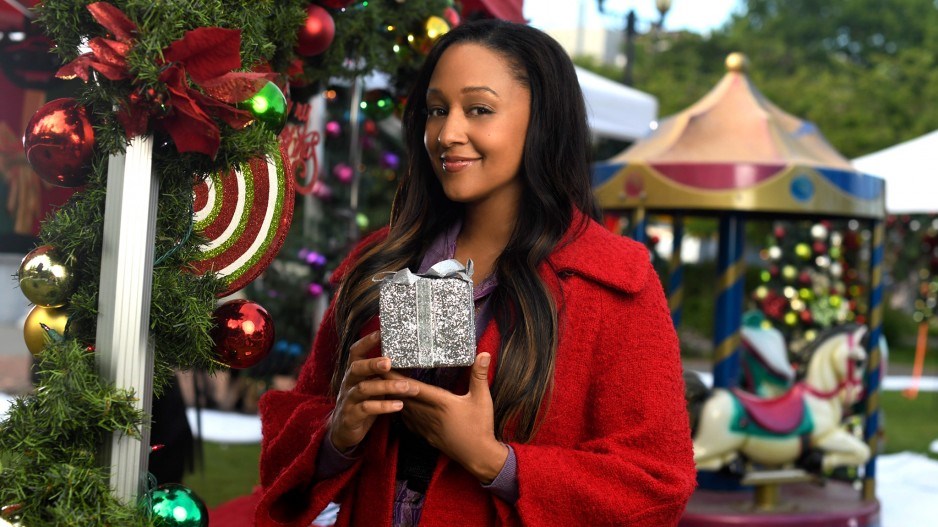 A Very Vintage Christmas, which is airing on the Lifetime channel and stars Tia Mowry, was filmed in Vancouver over the summer and produced by Canadian production company Lighthouse Pictures Inc. Photo submitted

Those earnest Christmas movies invading cable TV channels the moment jack-o’-lanterns hit the landfills each year have become such a yuletide staple that even Saturday Night Live has taken to parodying them.

But in Vancouver, made-for-TV Christmas movies that seemingly underpin winter programming for the Hallmark or Lifetime channels are serious business.

“In the under-$3-million world is where Vancouver seems to have found a niche … where we can make these movies, and they look good, and we can produce them for a fair price,” said Shawn Williamson, Lighthouse Pictures Inc. partner and executive producer.

Williamson is best known in Vancouver’s film industry as the president of Brightlight Pictures Inc., which produces fare such as ABC’s The Good Doctor TV series and Seth Rogen’s 2014 comedy, The Interview.

He and business partner Jamie Goehring launched Lighthouse in 2012 after the latter observed a market emerging for mid-budget TV movies known for sentimental scripts and festive musical cues.

The company now produces about 20 movies a year for Hallmark.

“It started slowly and has built into quite a thriving business,” Williamson said.

Christmas Town and A Blue Ridge Mountain Christmas are among Lighthouse productions debuting on the Hallmark Channel, while Lifetime airs A Very Vintage Christmas.

And at least six different Christmas-themed movies from other production companies were filmed in B.C. in July alone, according to activity logged by non-profit agency Creative BC.

While snow isn’t falling from the skies in abundance when most of the movies are made in the summer or early fall in anticipation of November or December releases, Williamson said the city’s “moderate weather” and proximity to Los Angeles make for an ideal location compared with some competing jurisdictions.

Meantime, streaming services such as Netflix Inc. (Nasdaq:NFLX) have clued in to the demand for these flicks.

Most notably, The Christmas Chronicles 2, starring Kurt Russell, was filmed in Vancouver over the summer ahead of release next year. And this increased demand has been felt across B.C.’s film sector.

Foreign productions in B.C. increased 26.3% to hit $4.77 billion in the 2017-18 fiscal year, according to the Canadian Media Producers Association’s Profile 2018 report. The report didn’t break down which of these constituted Christmas movies, but Williamson said the local industry is feeling the strain.

“When Vancouver is as busy as it has been in the past year, it isn’t an issue really of the Hallmark movies; it’s an issue of the industry with regards to just finding ways to crew up and share actors between shows.”

But he added that the Hallmark productions, which frequently cycle through the same crews as one winds down and another begins filming, are appealing to workers.

Because the made-for-TV movies are made on a budget – the $3 million or less Williamson spoke of earlier – those 13-to-14-hour days typical of the industry aren’t usually in the cards.

“So the crews can be home at night. So you often have a better lifestyle if you’re on these shows,” he said. “The Hallmark audience absolutely love these films, and Hallmark seems to have a huge appetite to continue to produce, so our hope is that they continue to want to come to Canada because it employs thousands of people.”

You can watch Christmas movies and snuggle with cats at Vancouver's Totoro-themed cat café
Nov 27, 2019 10:36 AM

Check out these 13 movies that really did the book justice
Dec 6, 2019 7:46 PM
Comments
We welcome your feedback and encourage you to share your thoughts on this story. We ask that you be respectful of others and their points of view, refrain from personal attacks and stay on topic. To learn about our commenting policies and how we moderate, please read our Community Guidelines.