Nobody was hurt in an incident Saturday in which a rolling transit bus took out a power pole in Metro Vancouver.
Mar 7, 2020 3:41 PM By: Chris Campbell 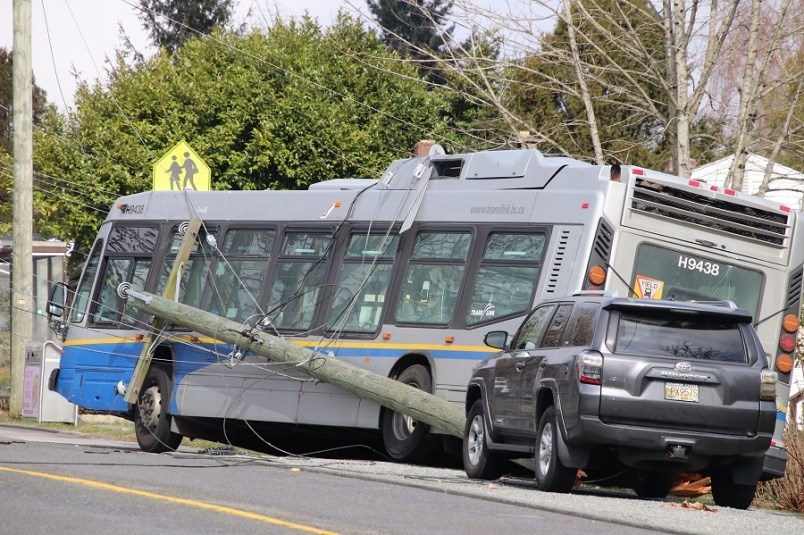 A transit bus wrapped up in electrical wires at Gilmore Avenue and Kitchener Street in Burnaby. Shane Mackichan photo

Nobody was hurt in an incident Saturday in which a rolling transit bus took out a power pole in Burnaby.

The incident happened at Gilmore Avenue and Kitchener Street before 10 a.m. A Coast Mountain bus had broken down and was stopped at a bus stop with no one on board.

A repair crew showed up and it was deemed the bus needed to be towed.

A towing company arrived and during the process of hooking up the bus, the bus rolled away downhill about 75 feet, sheared a BC Hydro pole and came to rest partly in the front yard of a home and the roadway.

No injuries were reported, but the road was closed for several hours to allow BC Hydro to repair the damage and for crews to remove the bus.

There was also a power outage in the area as well.