Transit Police are calling it an aggressive argument between two people: 'Things could have escalated and become far worse'
Oct 29, 2020 2:35 PM By: Sarah Grochowski 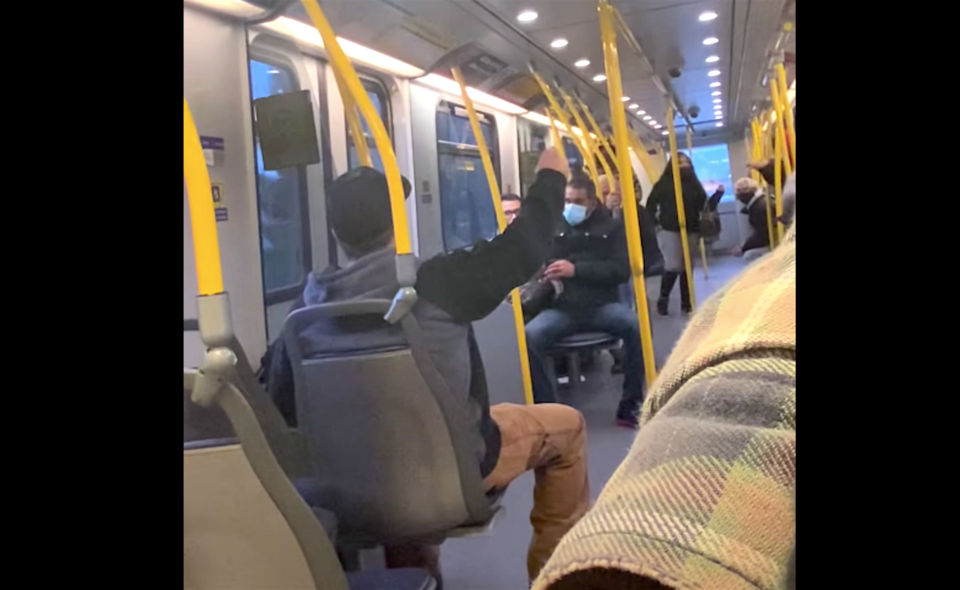 A shouting match between two Vancouver SkyTrain passengers has been caught on video and since attracted the attention of Metro Vancouver Transit Police.

The two-minute clip posted to YouTube on Wednesday shows the men – one wearing a face mask and one without– screaming at each other.

The maskless man is overheard saying to another rider, "I'll pay you $100 to punch him out."

The dispute, which does not meet the Criminal Code’s threshold of charges according to Hampton, saw a few other TransLink passengers – including a woman – get involved.

The female mentions mask-wearing, which prompts a pandemic-fueled rant from the unmasked rider.

"Wake up, have you seen the funeral homes? You see dead bodies? It's so f---ing fake," he screamed about COVID-19.

This is not the first time mask-wearing appears to have played a role in a Metro Vancouver transit dispute.

Recently, in two separate instances, the lack of mask-wearing appears to have ignited fights between TransLink passengers, which have included acts of spitting and punching.

Hampton is encouraging riders – instead of taking matters into their own hands – to discreetly call Transit Police before matters worsen.

“Things could have escalated and become far worse,” the officer said.

TransLink is making face masks mandatory on board all transit vehicles
Aug 6, 2020 11:10 AM
Comments