After headlamps were spotted directly beneath the Sea to Sky Gondola’s lift line late Aug. 20, the gondola is reminding the public the access trails and climbing areas are closed due to ‘perilous’ safety concerns.
0
Aug 21, 2019 3:48 PM By: Keili Bartlett 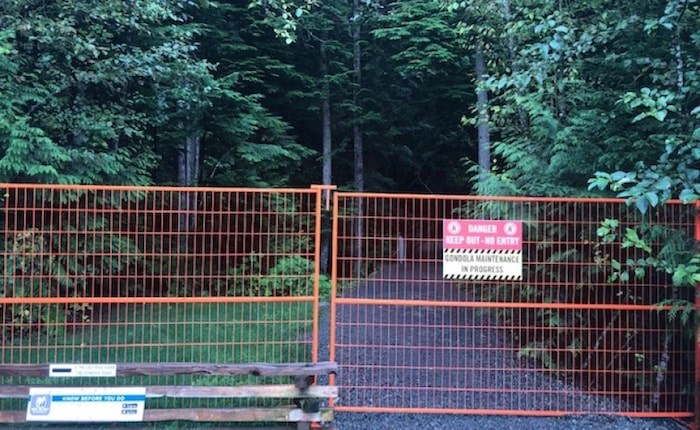 After headlamps were spotted directly beneath the Sea to Sky Gondola’s lift line late Aug. 20, the gondola is reminding the public the access trails and climbing areas are closed due to ‘perilous’ safety concerns.

"It's extremely unsafe," Christy Allan of the Sea to Sky Gondola told The Chief. "We do not want people in that area."

Allan said safety concerns include the cable, dangerous trees and the unstable area. Signs have been placed at all access points to the trails, Allan said, adding the people would have been aware the area is closed.

“We will call the RCMP for trespassing if we see people up there. Again, it's for everybody's safety. It's just so dangerous to be there,” Allan said.

Squamish RCMP Const. Ashley McKay confirmed they received a report of people in the area of the gondola. In an email, she said the area surrounding the gondola was no longer considered a crime scene as of Aug. 10 at 8:45 p.m.

The Sea to Sky Gondola was vandalized at about 4:30 a.m. on Aug. 10, when someone cut the cable, causing several of the cars to collapse.

Gondola staff have seen climbers on various routes in the area in the past week, a statement reads. It goes on to say no one should climb under or within 100 metres of the lift line.

The area will be reopened once it’s deemed safe, but a timeline was not provided. Allan said it will depend on the clean-up efforts.