Shelton Du Preez, Fisheries and Oceans Canada. A research team has returned from a 16-day expedition exploring the underwater mountains known as seamounts off the B.C. coast.
0
Jul 24, 2018 6:21 PM By: Melissa Shaw 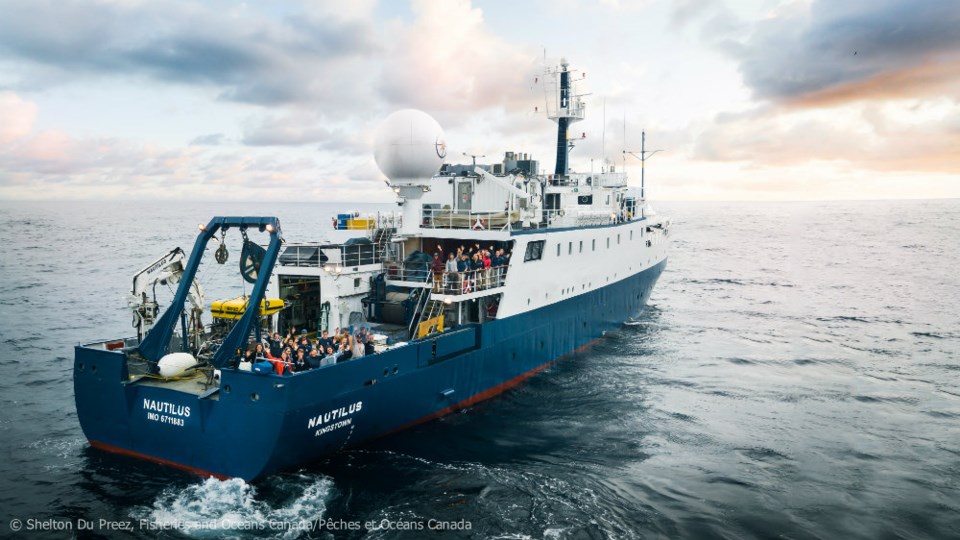 A research team has returned from a 16-day expedition exploring the underwater mountains known as seamounts off the B.C. coast.

Scientists, communicators and educators from the Department of Fisheries and Oceans (DFO) Oceana Canada, Ocean Networks Canada and a biologist from the Haida Nation travelled aboard the Ocean Exploration Trust's EV Nautilus exploration vessel into the deep sea. 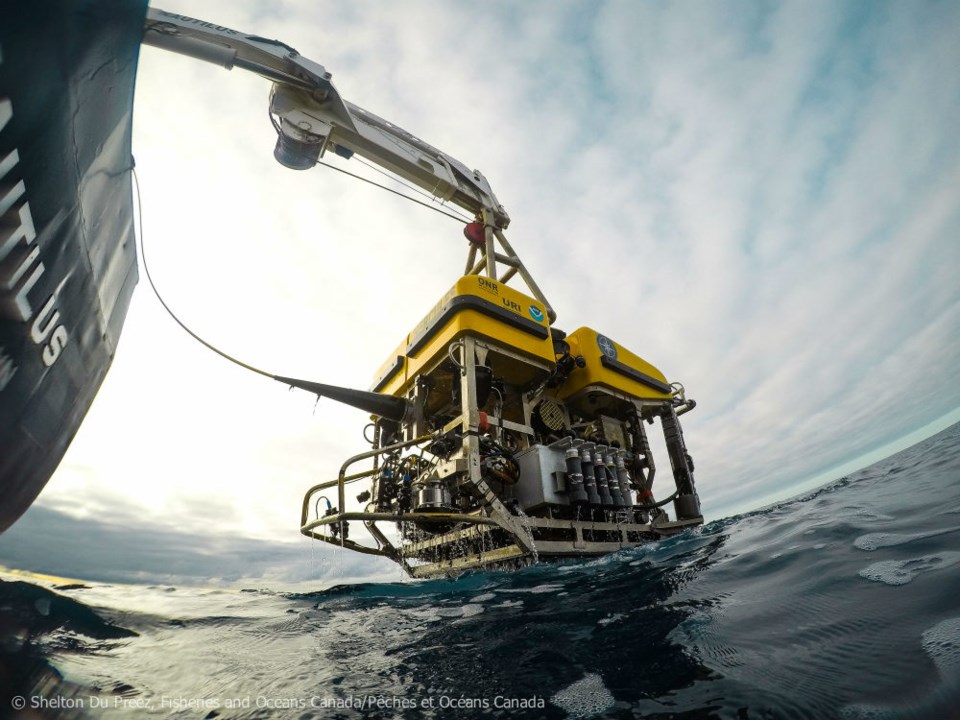 Seamounts are active or dormant underwater volcanoes. In Canada, they are only found in the Northeast Pacific Ocean and were formed from tectonic activity in the area. The SGaan Kinghlas-Bowie seamount off the coast of Haida Gwaii is considered to be the most iconic and is comparable in size to Mount Baker in Washington.

DFO marine biologist Dr. Cherisse Du Preez says they knew these seamounts would be a source of food and refuge for fish and whales "but we needed to go out there to collect the information to back up these predictions so that Canada can move forward with protecting them." 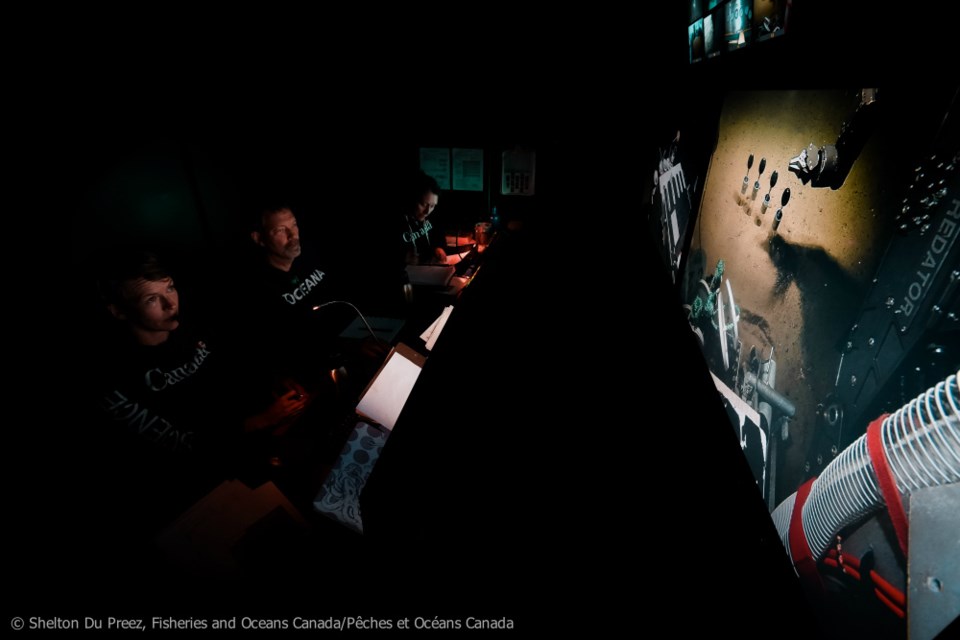 Researchers collected 150 specimens including corals, sponges, sea stars and juvenile fish that will be examined by experts at the Royal BC Museum. Du Preez says they expect to find many new species."The rule of thumb is that 95 per cent of animals in the deep sea are unknown to science."

Video footage from the vessel will be analyzed providing a chance for further discoveries. 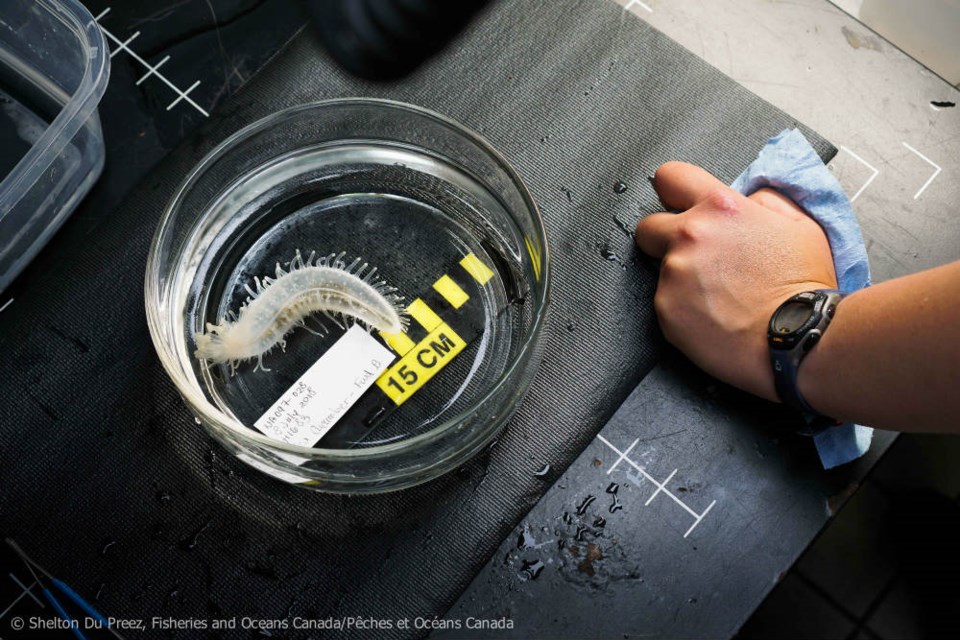 Oceana Canada science director Dr. Robert Rangeley describes what they saw underwater as awe-inspiring.“When we reached a seamount, it was often like we were entering a forest, only of red tree corals and vase-shaped glass sponges. These areas were filled with a diversity of other animals including anemones, feather stars, octopuses, lobsters and rockfishes.”

Seamounts attract an abundance of fish and are often targeted by fishing vessels. The team found lost fishing lines on the seafloor, which entangles marine life and destroys fragile and slow growing corals and sponges.

Oceana Canada is calling for seamounts to be protected from bottom contact fishing because they are "important biodiversity hotspots." 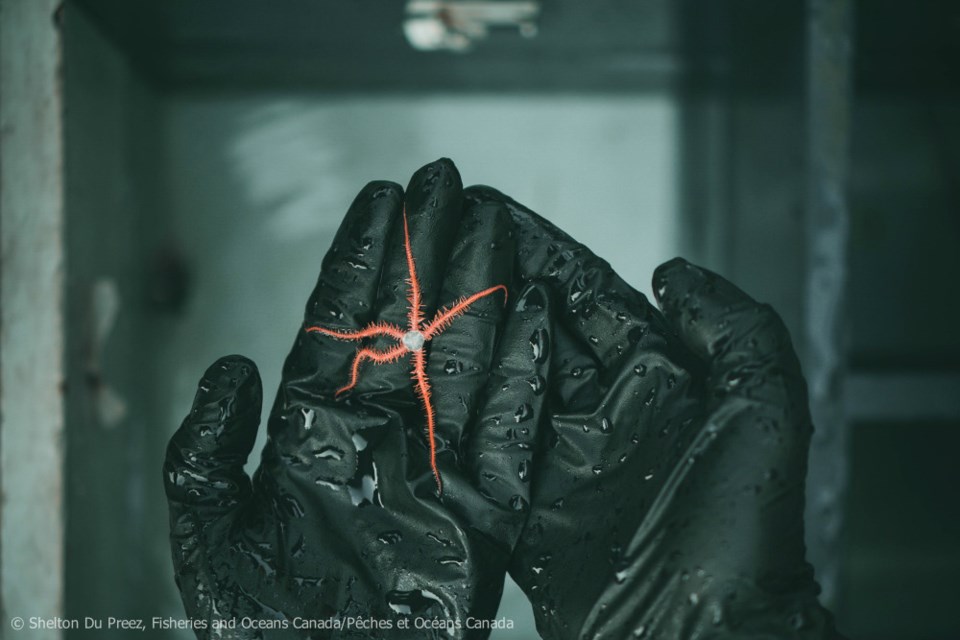 The team travelled 2,500 km and mapped 13 seamounts including six new discoveries that have yet to be named.

A long-term water monitoring system was installed on the Dellwood seamount that will be used to understand how these habitats respond to changes in the environment over time. 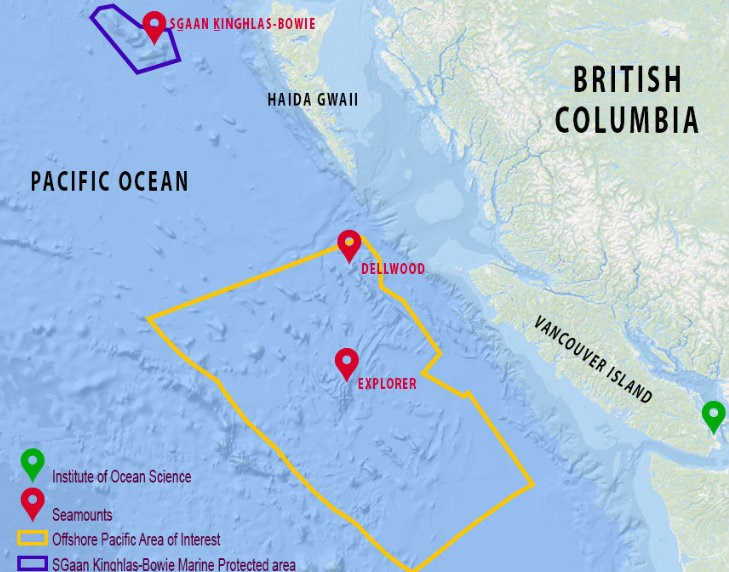