Rob Vagramov said he will take a paid leave of absence from his position as mayor of Port Moody as he prepares to defend himself against what he said are false charges of sexual assault.
Mar 29, 2019 7:05 AM By: Tri-City News

Rob Vagramov said he will take a paid leave of absence from his position as mayor of Port Moody as he prepares to defend himself against what he said are false charges of sexual assault.

“I intend on fighting it every step of the way, including filing a suit for defamation for this continued attack on my character,” he told a large crowd of media gathered at Port Moody city hall Thursday afternoon. 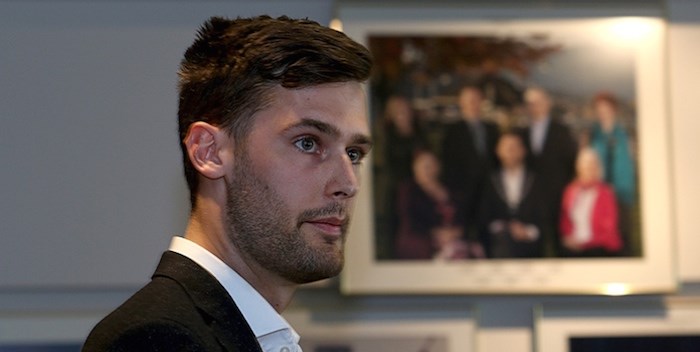 Vagramov, who earns more than $100,000 per year as mayor, said he has been cooperating with authorities since the charge was laid and claimed he has taken and passed a polygraph test regarding the events in question.

After a special closed meeting of council Thursday, Vagramov said he would also step away from his role as chair of the police board.

Coun. Diana Dilworth will take over as acting mayor, in accordance with the city’s rotating schedule.

Vagramov’s decision to step aside while he deals with the charge comes as the Union of BC Municipalities (UBCM) is pushing the province to tighten rules for politicians in trouble with the law.

But UBCM president Arjun Singh says he will not prejudge the mayor’s actions and is waiting for the case to be dealt with in the court of law.

“We’re just waiting to see if the community can do the work it has to do on behalf of its residents,” said Singh, a Kamloops councillor.

While the province has yet to change legislation forcing politicians charged with crimes to take a paid leave, as recommended by the UBCM, Vagramov’s decision was his to make, Singh said.

“It’s a bit of a grey area about what they would do and the province hasn’t yet said,” he said.

But one former B.C. councillor was adamant Vagramov should step aside while he waits for a resolution to his court case. Former Terrace councillor Stacey Tyers initiated a resolution calling for the politicians to be removed from office if they are convicted of a serious criminal offence and that elected officials be required to take a paid leave of absence form office upon Crown approval of charges until the court process is complete. Her resolutions were endorsed by the Union of BC Municipalities last fall.

“I would just hope people think about their community first over their own personal gain, even if that means to be put on paid leave or unpaid leave,” Tyers told The Tri-City News.

She says it’s important for public trust in the political system for elected officials to be held to a high standard, and noted that the Canadian Senate has rules in place to stop those convicted of a crime from staying in office.

Tyers, currently a regional liaison for the Doctors of BC, said she would be uncomfortable sitting at a council table with someone who has been charged with a crime.

“What you don’t want is every meeting to be about that. You want to resolve it as quickly as possible. They are not guilty until they are proven so,” Tyers said, adding “People are entitled to a safe work place, people in city hall and also the person being charged.”

BELOW IS THE CITY OF PORT MOODY'S PRESS RELEASE ISSUED AROUND 5:30 P.M. WEDNESDAY

PORT MOODY – This afternoon, during a Special Closed Meeting, Port Moody Council approved a request made by Mayor Vagramov for an indefinite leave of absence, effective Friday, March 29, 2019.

Council approved a paid leave of absence and expressed their support for the Mayor’s decision to step aside at this time to prepare a defence pertaining to a personal legal matter which is now before the courts.

Councillor Diana Dilworth is the current Acting Mayor and City business continues as usual. A rotating Acting Mayor schedule is available on the City’s website at portmoody.ca. The City of Port Moody has no other information to share at this time, as the matter in question is a personal legal matter for Mayor Vagramov.