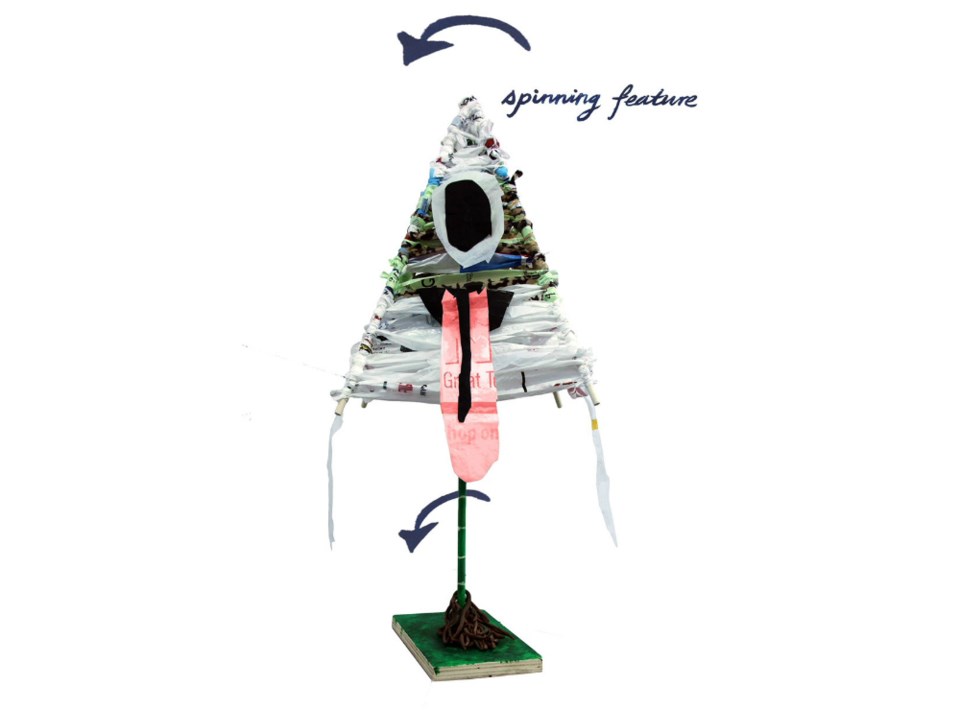 The students received a $1,000 prize, a production budget plus a mentorship from Revery Architecture and Abaton Projects.

The karakasa-obake (umbrella ghost) is a figure in Japanese folklore generally depicted as an umbrella with one eye and one leg. The concept incorporates tsukumogami, a word used to describe objects and tools that develop spirits after being used for hundreds of years.

The design also references the practice of using recycled materials during the internment of Japanese Canadians to create wagasa -- a traditional paper umbrella, according to a release. 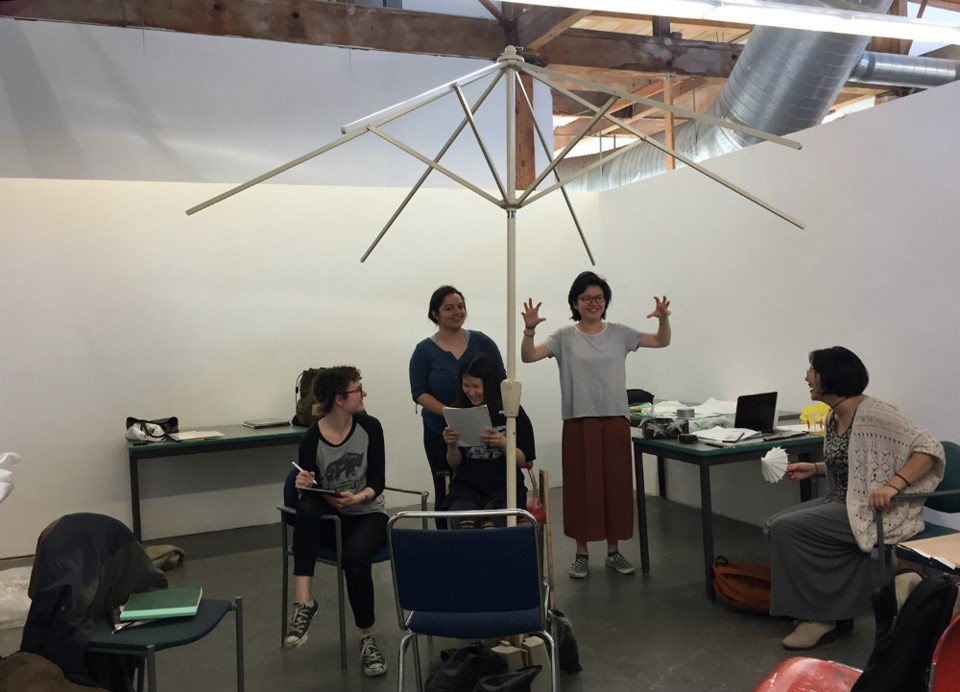 Photo of the design team from SFU Photo Owen Cameron

"We value the humorous aspect of this proposal, the jury stated."The concept also spans time, reaching back hundreds of years and referencing both Japanese Canadian internment and contemporary anime and gaming culture."

“We are super grateful for the opportunity to work with the Powell Street Festival, Revery Architecture, and Abaton Projects, and to engage with the community to make this project a reality. We put a lot of research into our concept and we can’t wait to share it with everyone,” says Haylee Marx.

The karakasa-obake will be unveiled at the festival's opening ceremony in Oppenheimer Park at 11:30 a.m. on Saturday, August 4, 2018.