All B.C. ski resorts get free pass from speculation tax

Big White near Kelowna: B.C. ski resorts welcome the exemption from B.C.’s controversial tax on seasonal property owners: but some agents say the sector is still recovering from the 2008 recession.
Jun 22, 2018 2:44 PM By: Glacier Media 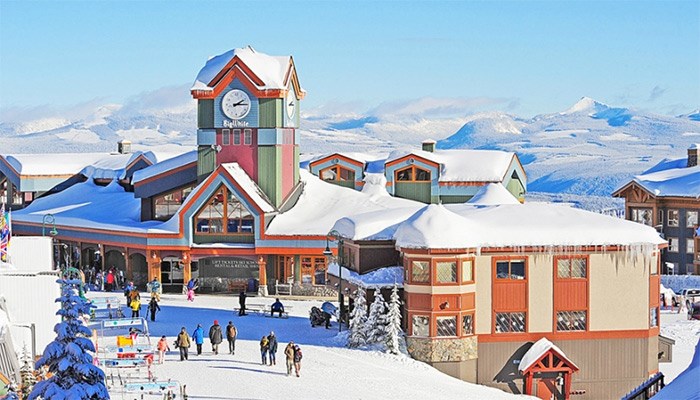 Big White near Kelowna: B.C. ski resorts welcome the exemption from B.C.’s controversial tax on seasonal property owners: but some agents say the sector is still recovering from the 2008 recession. | Submitted

With all the recent concern over the speculation tax damaging recreational home prices, there are some properties that are not likely to see any such problem – those in ski resorts.

All British Columbia ski resorts are exempt from the province’s second-home tax that came with the February 20 provincial budget. That may be bad news for would-be buyers, but it's good news for owners, realtors and real estate investors, as ski resorts seem to offer stability in a rapidly changing real estate climate.

Here's a look at how B.C.'s ski-resort real estate markets are currentl faring.

Whistler: The high rollers are back in the game at B.C.’s biggest ski resort. Luxury property specialist John (JR) Ryan recently sold a remodelled nine-bedroom home on six acres of land for $17.5 million to an Ontario family. It was the highest-selling Whistler property since 2007. While such sales grab the headlines, Pat Kelly, CEO of Whistler Real Estate, said, “the point of origin for most Whistler sales is still British Columbia, and 70 per cent of the completed sales are below $1 million.”

Sun Peaks: When does a ski resort successfully morph into a year-round resort and a cohesive, energized community? For Sotheby’s International realtor and Sun Peaks local Liz Forster, that time might be right now for the Kamloops-area resort.

“Becoming a mountain resort municipality in 2010 has been a very positive move for Sun Peaks. Since then we’ve added a year- round K-12 school that enrols more than 120 students, a new health centre and we received a federal grant of $6 million to complete a sports centre. Commercial vacancies and closed shops have all but disappeared, reflecting the year-round community that is Sun Peaks today.”

New developments are coming into play. Located on the fairway of Sun Peaks Golf Course, Echo Landing in East Village is a 48-unit ski-in, ski-out condo/townhouse development. “This project launched in late November 2017 and quickly sold out,” Forster said. The homes will be completed over the next two years.

Silver Star Mountain Resort: Real estate agent Robin Baycroft, a ski instructor and former guest services manager at the Vernon-area resort, said the Silver Star market has steadily improved. “Last year, there were 72 sales in a price range of from $115,000 to $1.25 million. This compared with 20 sales in 2009 and 35 in 2014. So inventory is moving, and prices are rebounding.”

“The Pinnacles hotel is promoting a new six-townhome project close to the village, and well-situated building lots are available for custom or spec homes,” he said.

Big White Ski Resort: Long time real estate agent Gary Turner recalls how back in 2008, “it seemed as though the light switch had been turned off and suddenly, all of the sales shut down.”

Now some properties are approaching their highs from 10 years ago, though Turner recently sold a condo in Big White’s prime Stonebridge Lodge for $600,000, almost $400,000 below what it sold for as part of a pre-sale in the early 2000s. He also had a warning for would-be developers. “If you think you can take a $200,000 lot and build at $450 per square foot and still make a profit, you’re dreaming,” he said.

Fernie: Potential investors interested in Fernie Alpine Resort have a myriad of options. According to Carol Cohen of Fernie Real Estate, there are about 30 new houses under construction in the Kootenay town of Fernie priced in the $800,000 range. On the ski hill, serviced building lots are selling for around $300,000. “[We are] beginning to see spec homes built with self-contained suites for added revenue.”