BC SPCA caring for adorable orphan ducklings after predator attack

“They are eating more, and now have access to a pool and are swimming lots and exercising and stretching their wings. They are not yet flighted, as their flight feathers are still growing.”
May 27, 2020 6:28 PM By: Elana Shepert 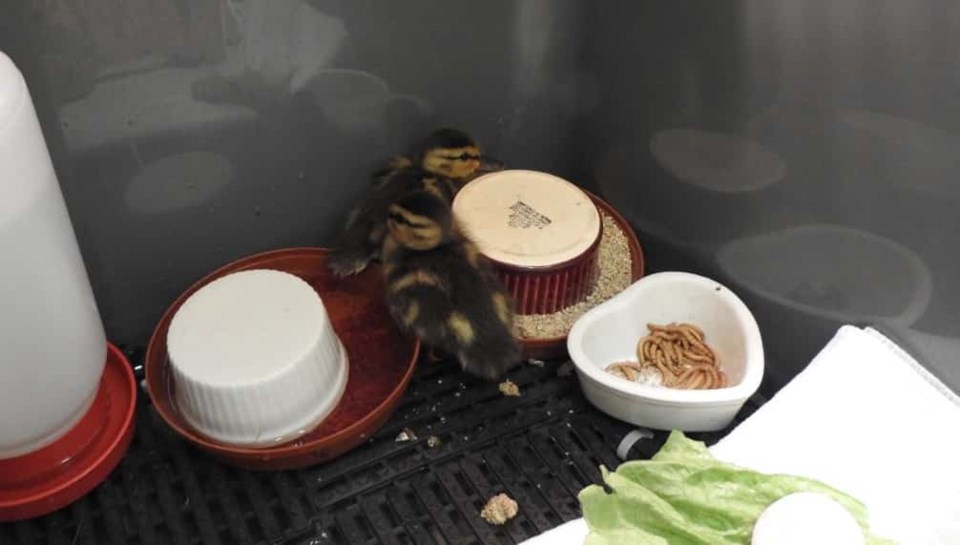 The BC SPCA is caring for two orphaned ducklings after their family was attacked by a hawk.

The organization says that springtime is a busy time for goose and duck families, as they help their newly-hatched babies make their way from their nest site to nearby ponds and streams. However, these can be challenging situations, especially when a predator is close by and ready to attack.

In this instance, the SPCA says a member of the public witnessed a hawk attacking a mother Mallard and her ducklings.

According to the eyewitness, the hawk flew off with one of the ducklings, causing the mother to run away with most of her ducklings. Sadly, three of the ducklings,  "were left behind on the road and were unable to follow mom, possibly due to shock or other injuries."

The caring individual was kind enough to collect the three orphaned ducklings and bring them straight to the BC SPCA’s Wild Animals Rehabilitation Centre (Wild ARC).

“On arrival, one duckling was assessed as having severe central nervous system damage from spinal trauma and was unable to stand,” says Andrea Wallace, manager, wild animal welfare. “Despite our desire to help, the most humane option for this little one was euthanasia.”

The other two ducklings are still in care with bruising and injuries to their delicate webbed feet, which, says Wallace, will require continued monitoring and care to ensure they heal properly.

The ducklings are being provided with a specialized diet to ensure they develop properly, and with appropriate enrichment for them to learn the skills they need to survive in the wild. 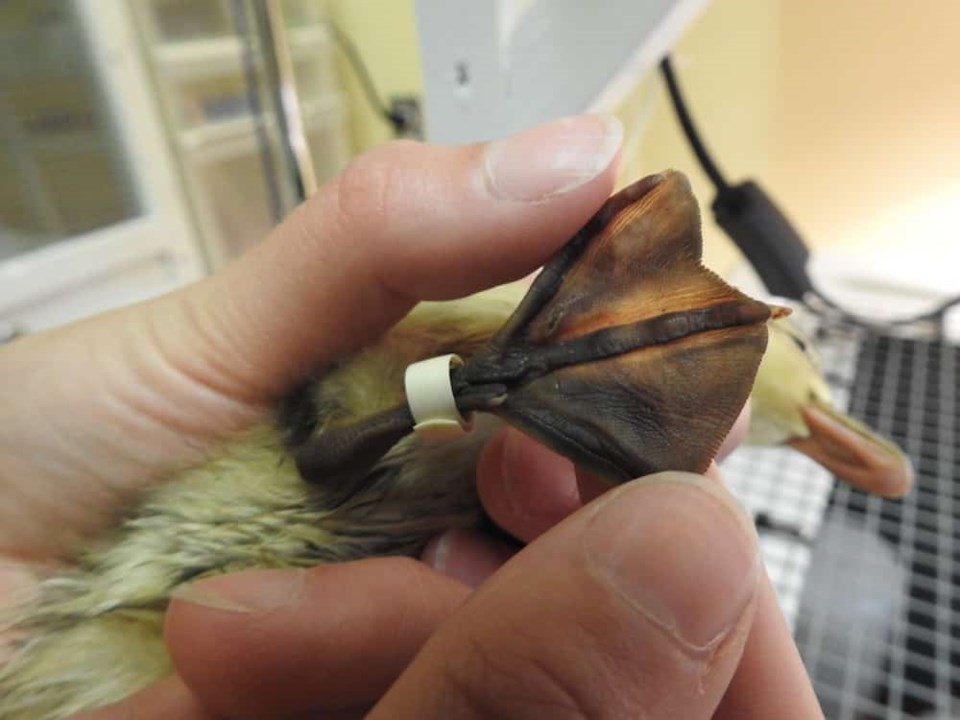 So far, says Wallace, the ducklings are doing great. “They are eating more, and now have access to a pool and are swimming lots and exercising and stretching their wings. They are not yet flighted, as their flight feathers are still growing.”

The ducklings haven’t been introduced to any other duckling friends yet but Wallace says there are four juveniles in the enclosure next to them who they will be acquainted within due time.

“Once they recover from their injuries and grow up a little, there are plenty of other duckling friends in care at Wild ARC to introduce them to for their extended stay until they’re ready for release!” 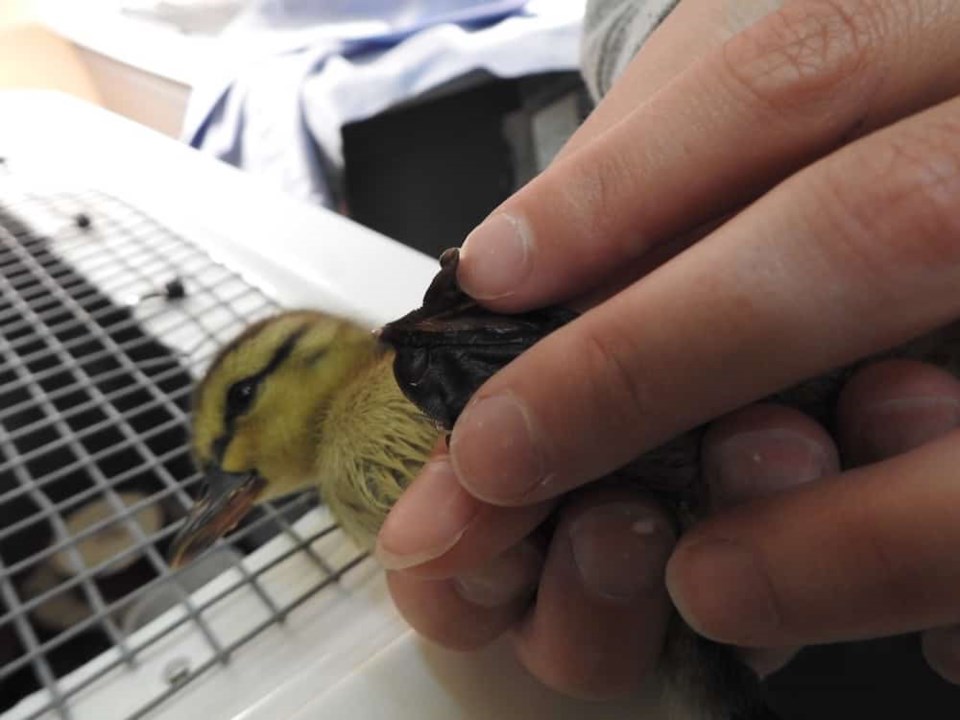 If you encounter an injured duckling or wild animal in need, Wallace advises people to contact the BC SPCA Provincial Call Centre at 1-855-622-7722 in order for staff to help assess the situation and provide case-by-case advice.