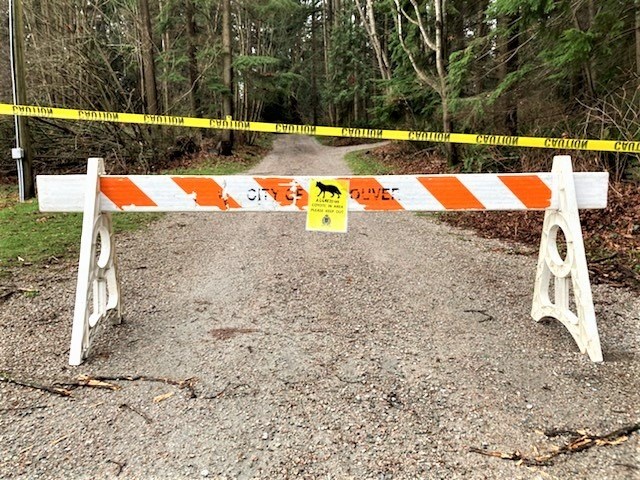 Vancouverites are asked to stay away from the Brockton Oval area of Stanley Park following "multiple reports of aggressive coyotes" near the trail.

In a Facebook post on Friday, Jan. 8, the BC Conservation Officer Service (COS) said it has received numerous reports recently of a coyote nipping at runners' lower legs and ankles. "No one has been seriously injured," the agency added.

"Coyote sightings in Stanley Park are not unusual, however this escalating behaviour is concerning," the post continues. Conservation officers "suspect at least one coyote has been fed by people."

In a post to its own Facebook page, the Vancouver Park Board announced it has opted to close trails in the area for the time being, and reminds park users to maintain an appropriate distance from all animals and refrain from approaching or feeding wildlife.

Conservation officers are currently patrolling the Brockton Oval area in an attempt to capture the animal.

In the event a coyote does approach you, "the COS encourages people to make yourself as large as possible, face it, wave your arms, yell, and throw sticks, stones or other objects at the coyote," the agency advised.

British Columbians are encouraged to report any wildlife sightings or encounters to the BC COS' #RAPP line at 1-877-952-7277.

Coyote encounters can also be reported to the Stanley Park Ecology Society (SPES) using its "Coyote Sightings Map." The information gathered through this service helps inform the SPES' Co-Existing with Coyotes program.

According to the map, there were numerous coyote sightings throughout Vancouver in the last month of 2020, including three serious encounters reported on the east side of Stanley Park. Two of those reports categorized the animal as acting "aggressive to people," while one notified the SPES of a pet attack.