Families plan protest along Prior Street for Tuesday morning, signaling their own 'state of emergency' over Strathcona Park
Sep 28, 2020 5:51 PM By: Sarah Grochowski 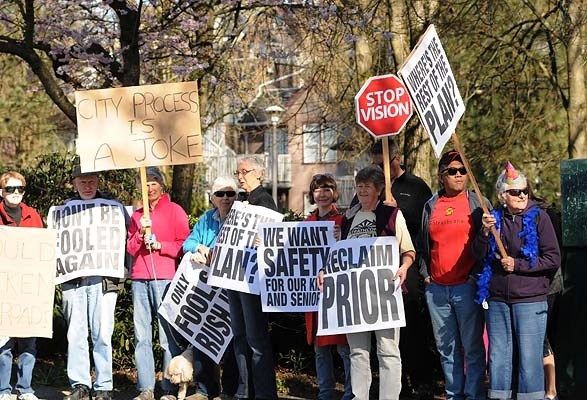 Families plan to protest on Prior Street Tuesday morning, signaling a “state of emergency” due to nearly 400 people being displaced in Strathcona Park’s tent encampment.

“In recent months, hundreds of unhoused neighbourhoods have been repeatedly displaced into unsafe and unsupported park spaces,” says the group, Safe Homes For All.

The group says an increase in personal and property crime rates, as well as public health hazards in the community, is due to the federal “government inaction.”

Vancouver Mayor Kennedy Stewart called an emergency meeting Sept. 11 to address the growing tent city, which has seen some Strathcona residents refuse to pay taxes until safety is restored.

“We don’t feel we can wait for the city’s staff report on Oct. 2 to tell us whether or not the city can afford to handle this situation alone,” said the group.

Flyers being put up around the Strathcona neighborhood for tomorrows protest #BCITNews pic.twitter.com/WyIAt0IJOt

Especially since just this week a man, who had been harboring a chainsaw, chased after Strathcona residents with it, threatening their lives Sunday night.

Just a week shy of that, a semi-automatic assault-style rifle was found stashed in the community, near the park.

The morning demonstration morning will see masked Strathcona residents, of all ages, walk the nine blocks between Gore and Glen Avenue on Prior Street, starting at 7:30 a.m.

They will be holding signs that read "safe housing is a human right" and "children deserve safe space."

Is it time for a sanctioned homeless camp in Vancouver?
Jul 16, 2020 4:18 PM
Comments
We welcome your feedback and encourage you to share your thoughts. We ask that you be respectful of others and their points of view, refrain from personal attacks and stay on topic. To learn about our commenting policies and how we moderate, please read our Community Guidelines.