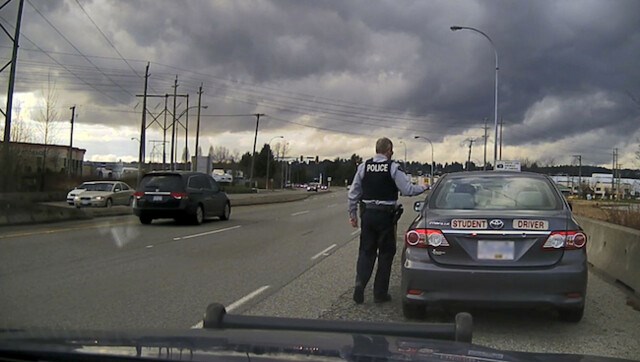 A 44-year-old Coquitlam man who was driving and in the middle of a driving lesson when he failed a roadside sobriety test administered by Coquitlam RCMP.

The strange event happened on February 2, 2020, at 1:30 p.m., when a  Coquitlam RCMP Traffic Enforcement officer stopped a car for running a stop sign.

What has six wheels, two drivers, and just got towed? https://t.co/7SZBDe5TOc pic.twitter.com/ord0U7qeEN

"This may be a funny story, but we’re serious about keeping our community safe," says Corporal Michael McLaughlin with Coquitlam RCMP. It also shows why traffic stops are one of the most unpredictable things you can do as a police officer."

RCMP say neither the driving student nor the instructor did their due diligence to be safe on the road and both suffered immediate consequences. The student had his learner’s licence suspended for 90 days and received a ticket for failing to stop for the stop sign. The driving instructor had his car impounded for 30 days. Both the driver and the driving school could face a review from ICBC.

Man alleges that stranger intentionally coughed in his face (PHOTO)
Mar 28, 2020 10:20 PM
Comments
We welcome your feedback and encourage you to share your thoughts on this story. We ask that you be respectful of others and their points of view, refrain from personal attacks and stay on topic. To learn about our commenting policies and how we moderate, please read our Community Guidelines.