Listening to CBC's The Early Edition in my car this morning, a quote struck me. Criminologist Curt Taylor Griffiths was speaking on the show following this week's shooting death of a beloved hockey dad who was gunned down in his driveway.
Jun 26, 2018 3:06 PM By: Bob Kronbauer

Listening to CBC's The Early Edition in my car this morning, a quote struck me.

Criminologist Curt Taylor Griffiths was speaking on the show following this week's shooting death of a beloved hockey dad who was gunned down in his driveway. Discussing whether or not the city should bring in more police he noted that "Surrey is not a safe place". He feels they've reached "a tipping point" and that its citizens now walk around feeling scared.

The VPD tells us that within the same time frame we had 68 shots-fired reports in Vancouver, or three times less than Surrey's total.

With Vancouver having a larger population than Surrey (roughly 650k to their roughly 450k) when you break it down per capita it looks even worse for the troubled city south of the Fraser.

But that doesn't mean ours is a utopian dreamland where everything is awesome. Looking at some of our May 2018 crime numbers below you might be surprised to learn that last month around 5 vehicles got stolen here every single day. More than 10 people reported assaults every single day. 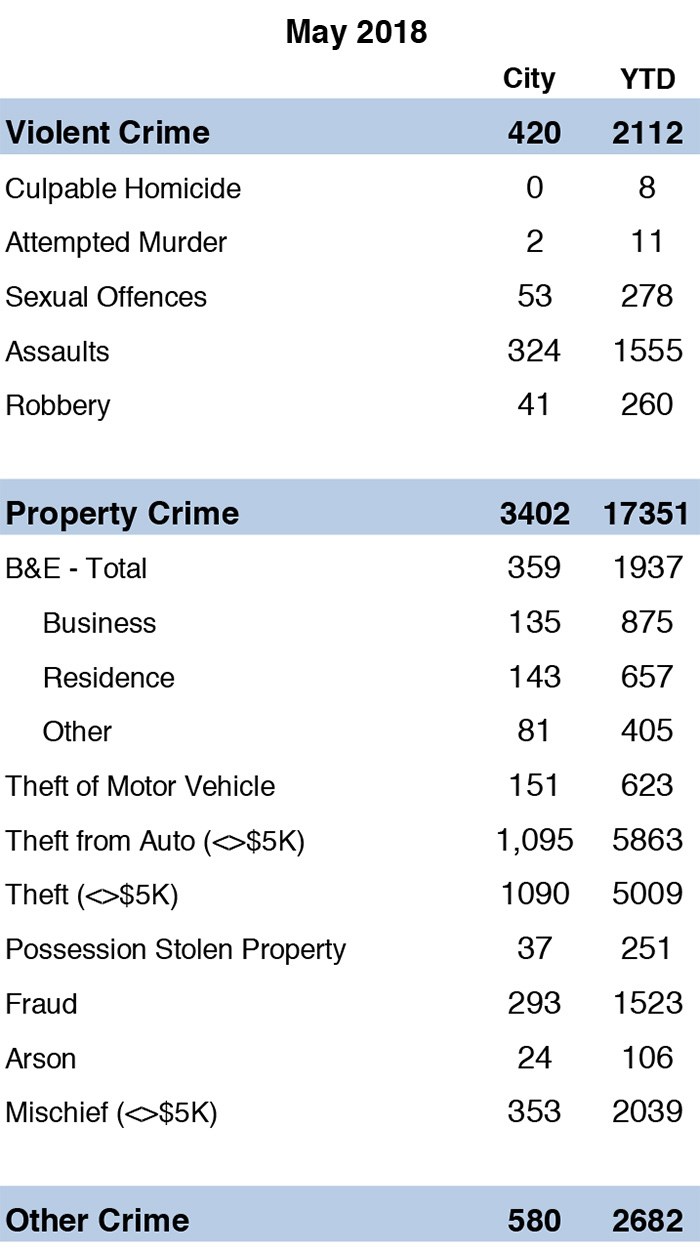 Snapshot of some of the statistical reporting on crime in Vancouver in May of 2018. Via VPD

As V.I.A. continues to deliver you more breaking news and crime stories (while continuing to also share community-driven stories and local awesomeness), it's important for you to know that many crime stories are hand-picked by police departments and spoon-fed to media. When you see a photo of a suspect go up on all of the news outlet sites and social media accounts in the city (including ours) it's because we all got the same press release. The department (generally the VPD or RCMP) considered it important enough that it needed to get out there.

Beyond fielding press releases, we don't have someone who regularly digs into crime stories in our growing newsroom, but we will dig deeper as we continue to make hires and supplement the low-hanging fruit with crime stories we dig up because we think you should know about them (if you've been a victim of a crime and want your story told, email us at contact@vancouverisawesome.com).

HERE are all of the data sets for crime from the VPD, going back to 2003, if you want to dig in for yourself and look a little closer. Also, below are the shots-fired stats dating back to 2004. The column on the right shows the total for each year. 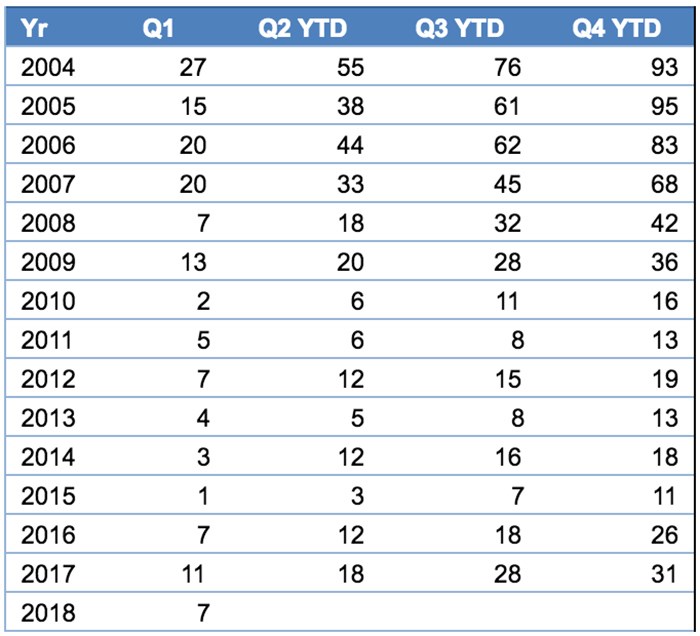