The convenience store assault is being investigated as a hate crime
Apr 23, 2020 11:36 AM By: Lindsay William-Ross 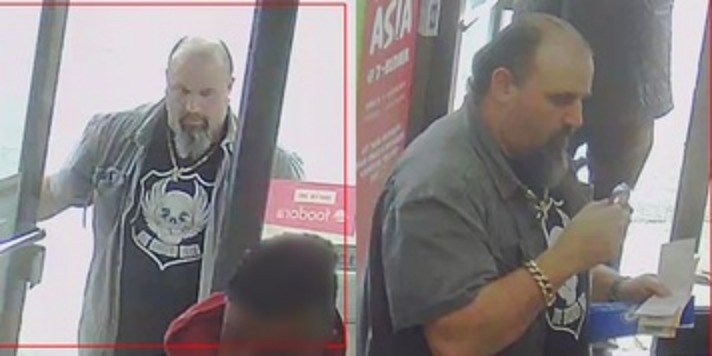 The VPD say they have identified the suspect in an alleged hate crime against an elderly Asian man. Photos courtesy Vancouver Police

Less than 24 hours after Vancouver police released disturbing surveillance camera footage showing a convenience store customer assaulting an elderly man by tossing him onto the sidewalk, the suspect in question has been identified.

Vancouver Police say after the video and photos of the suspect were released Wednesday afternoon they received numerous tips from the community regarding the suspect.

The incident under investigation took place on the afternoon of March 13.

A 92-year-old Asian man who suffers from severe dementia had wandered into the East Vancouver convenience store when he was confronted by a suspect "yelling racist remarks at the victim that included comments about COVID-19."

Staff at the store, located near Nanaimo Street and East 1st Avenue, had been trying to help the man when the suspect - a white male in his 50s - launched his tirade.

Surveillance video from the store shared by the VPD show the suspect grabbing the victim and tossing him outside the door of the store, where the elderly man immediately fell to the ground and hit his head. Two customers arrived at the store at the same time, and step over the elderly victim and past the suspect as the enter the building.

The suspect then returns to the victim's side to sit him upright on the sidewalk, before returing inside to complete his transaction.

Vancouver Police note that in the wake of the COVID-19 crisis, they have seen an uptick in reports of "hate motivated" incidents and behaviour targeting members of the Asian community.

The March 13 convenience store assault is being investigated as a hate crime, said the VPD, and the case does remain under investigation.

Police would like to thank the community and partners for their overwhelming support on such a serious, intolerable incident, said the VPD in a media release issued Thursday morning.

Anyone who has information to share about this crime is asked to call investigators at 604-717-2763 or Crime Stoppers at 1-800-222-8477.  Investigators will be supplementing the file with tips and information from the public. They will reach out to specific people if they require more information.

Here is the video shared by the VPD of the alleged assault: