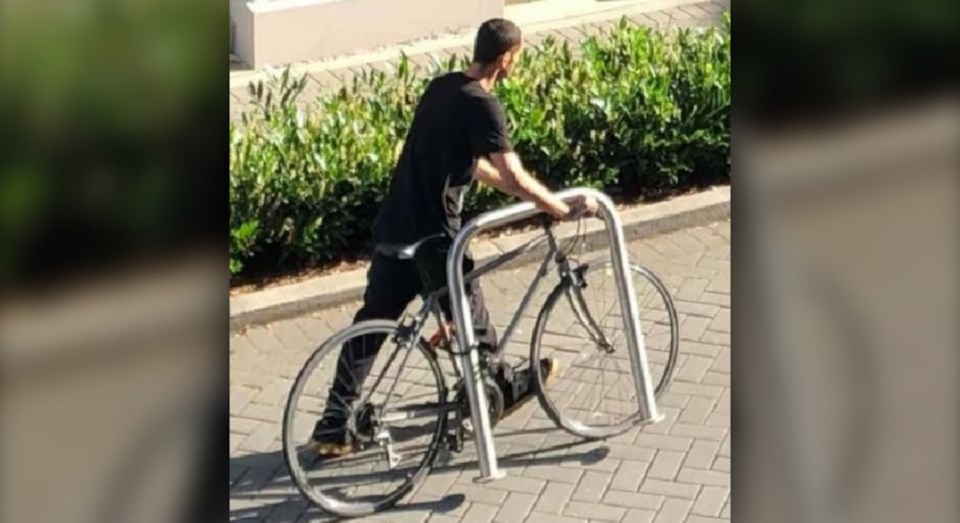 Vancouver Police Department (VPD) is asking for the public’s help identifying a suspect who not only stole a bike but the entire rack it was locked to last week.

Authorities posted surveillance footage of the Aug. 19 morning incident in Olympic Village, to which VPD said an investigation is underway.

A man is seen pushing a road bike – visibly locked to a U-shaped rack – by its front handlebars.

"Having a thief remove the entire metal support is very strange and unfortunate that they would go to these lengths," said VPD spokesperson Sgt. Aaron Roed.

Comments online inferred the City of Vancouver is not doing enough to secure bike racks in the area.

Roed did not clarify whether the incident occurred on municipal property.

Persons with information regarding the theft are asked to call VPD’s non-emergency line at 604-717-3321.

#VPD are investigation a bike theft that occurred in Olympic Village on August 19. Investigation is ongoing and we are asking for the public’s help to identify the suspect. Anyone with video or information of the incident, is asked to call VPD non-emergency line at 604-717-3321. pic.twitter.com/VVSTEXqG7z