Metro Vancouver Transit Police have been able to identify the suspect in a pair of violent robberies that took place at two Vancouver SkyTrain stations this August.
0
Oct 2, 2019 7:46 AM By: Lindsay William-Ross 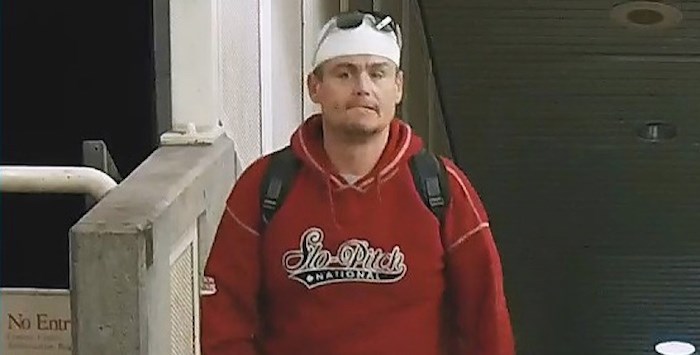 After making an appeal to the public, Metro Vancouver Transit Police have been able to identify the suspect in a pair of violent robberies that took place at two Vancouver SkyTrain stations this August.

Authorities have issued an arrest warrant for 42-year-old Andrew Krizmanits of no fixed address.

Krizmanits is "well known to police," according to Transit Police, who add that the suspect may be headed to, or in, Eastern Canada or possibly the Sunshine Coast.

The first incident occurred shortly after midnight on Aug. 18, when a 45-year-old man was onboard a bus headed toward the Marine Drive Canada Line station. He was befriended by the suspect, who followed him off the bus to an unknown location near the SkyTrain station.

The suspect asked for a cigarette, though the victim refused. Within minutes the suspect placed the 45-year-old in a headlock, knocking him unconscious.

The second incident occurred on Aug. 20 at 11:45 p.m., when the suspect approached a 26-year-old man as he entered the Stadium-Chinatown SkyTrain Station.

As was the case two days earlier, the incident began with the suspect starting a conversation with the victim. The victim felt unsafe and tried to leave but the man allegedly grabbed him, placed him in a headlock and choked him until he was unconscious.

The suspect stole the victim’s wallet and later used his credit card to make a $400 purchase from a convenience store.

Transit Police went public with an image of the suspect, now identified as Krizmanits, and details of the crimes on Sept. 12.

Krizmanits is described as a Caucasian male, 42-years-old, approximately 6’1″, with a stocky build, short brown hair and brown eyes.

Transit Police are urging Krizmanits to "do the right thing and to turn himself in at any police agency" wherever he may be.

Additionally, Transit Police are "very concerned by the level of violence Krizmanits is willing to use." They're asking that anyone who knows where he may be contact Transit Police at 604-515-8300 or text us using code 87-77-77 and refer to file 2019-15236.

- With files from John Kurucz/Vancouver Courier