'It's my calling': Teen with autism builds BC Ferries, TransLink fleets from scratch

For Joshua Yeung, the two-hour bus trip he makes from Port Coquitlam to Langley for school each morning isn’t just a commute – it’s a joy ride.

The 17-year-old looks at buses differently, he said, fixating on his favourite double-decker, #555, and the way it manouvers the road.

“It’s my calling,” said Yeung, when asked about his unusual fascination with transportation modes like that of TransLink and BC Ferries.

“Transportation is very important. It helps people,” the teen said, "Buses get us places so we don't have to take a car."

It's a fascination that's made more sense since Yeung was diagnosed with a form of autism.

For years now, he's been building his own fleet of intricate bus and ferry replicas from household items including cardboard, toothpicks, and straws. 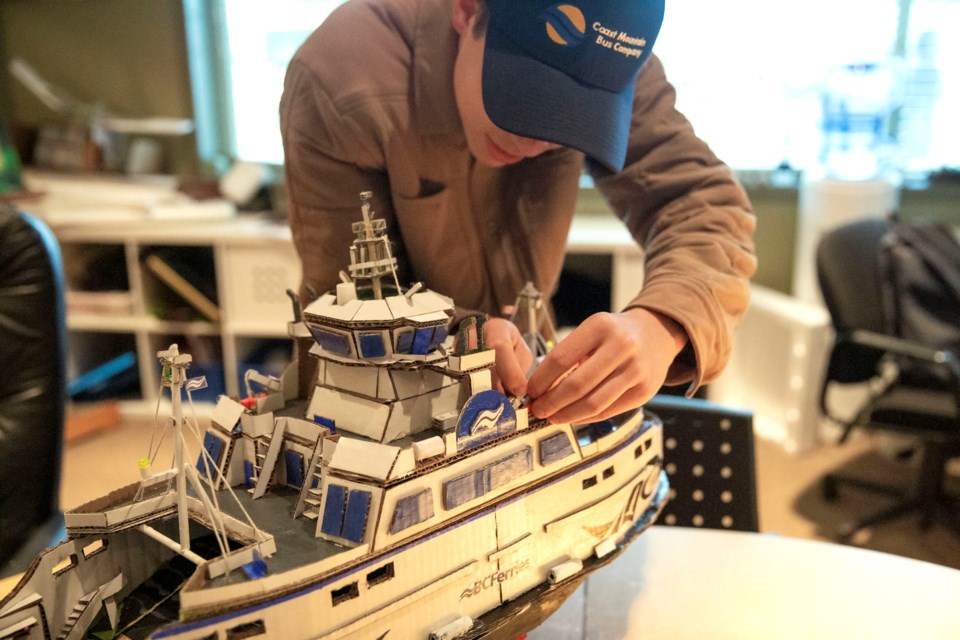 He even paints the ship’s most outlying details in his art class at Whytecliff Agile Learning Centre, a B.C. Ministry of Education-accredited independent school for Grades 8 to 12.

“The Coast Salish ferries have orca designs on them,” Yeung relayed.

“But I like the Gulf Island ferries the most."

Those are the class of ships he’s taken to visit his grandparents on Vancouver Island since he was a young child.

Now that he’s older, he’s sure to bring a camera with him, to capture the not-easily-remembered details of the ferry for his models.

The rest of the ship he pulls from a photographic memory. 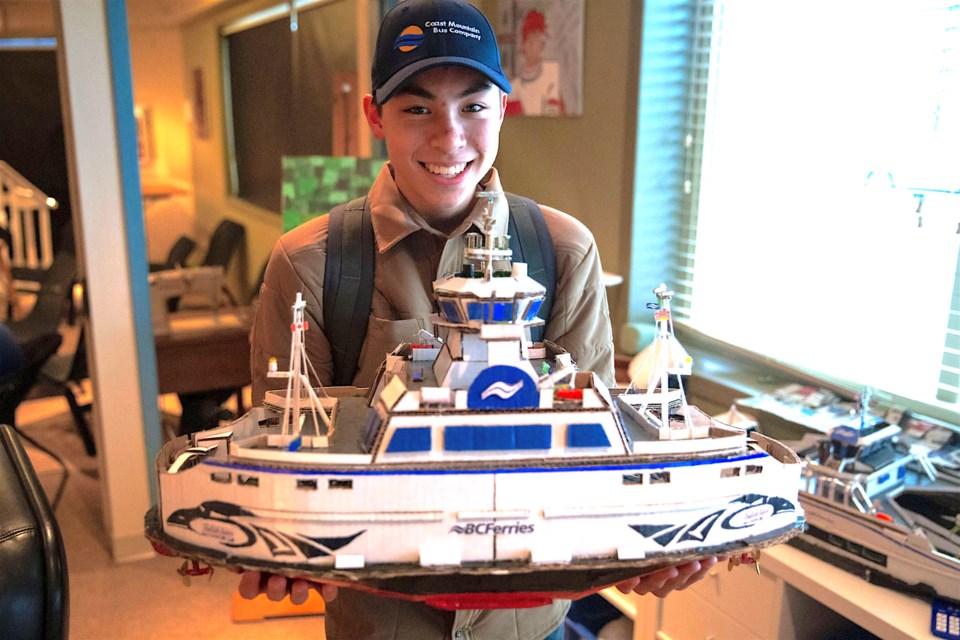 Whytecliff teacher Dave Mutnjakovic said since Yeung came to their school, teachers have been able to "zero in on his abilities," rather than any perceived disability.

"Kids who have autism have superpowers in a way," the teacher said, highlighting the student's unwavering dedication to environmentally-friendly transportation in Metro Vancouver.

"He wants to use the buses and his abilities to address climate change and the issue his generation is facing," he added.

The first ferry Yeung built from scratch took him a year. Now he’s finishing full replicas in less than a month. 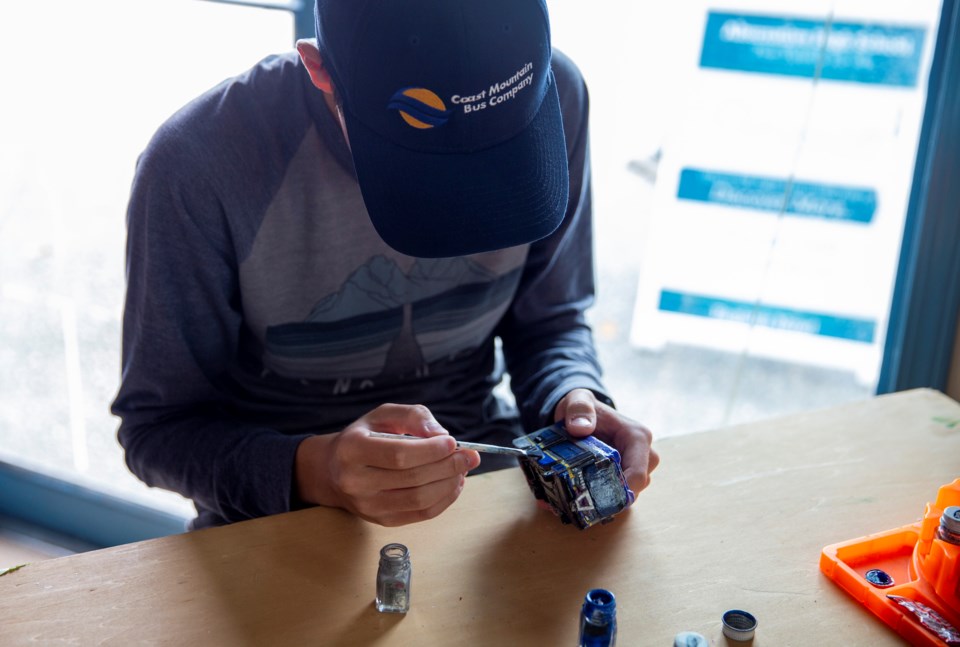 So far, the 17-year-old has recreated five BC Ferries vessels and 10 TransLink buses, each of which has moving parts.

For the ship, it includes a deck that opens up to load or unload vehicle passengers, made with toothpick dowels.

Yeung uses the same homemade technology to switch between bus names and numbers on his model's overhead signs.

Once he finishes high school, the teen plans on seeking work as a deckhand atop a BC Ferries ship.

Mutnjakovic said all autistic teens like Yeung, who do come out of the public school system, are "for people to give him an opportunity in the real world."

"He wants to start at the bottom and work his way up," the teacher said with pride. 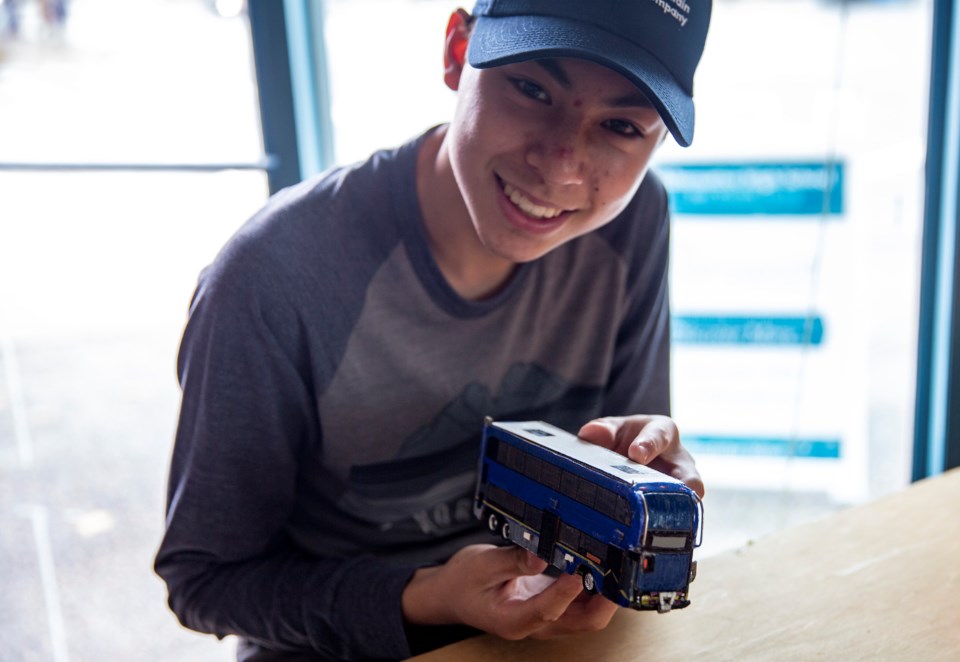