This gym in B.C. erected signage that looks like BC Ferries' viral ones

While BC Ferries got an earful about their new signs, no one seemed to notice them months ago at this gym
Nov 23, 2020 2:05 PM By: Elana Shepert 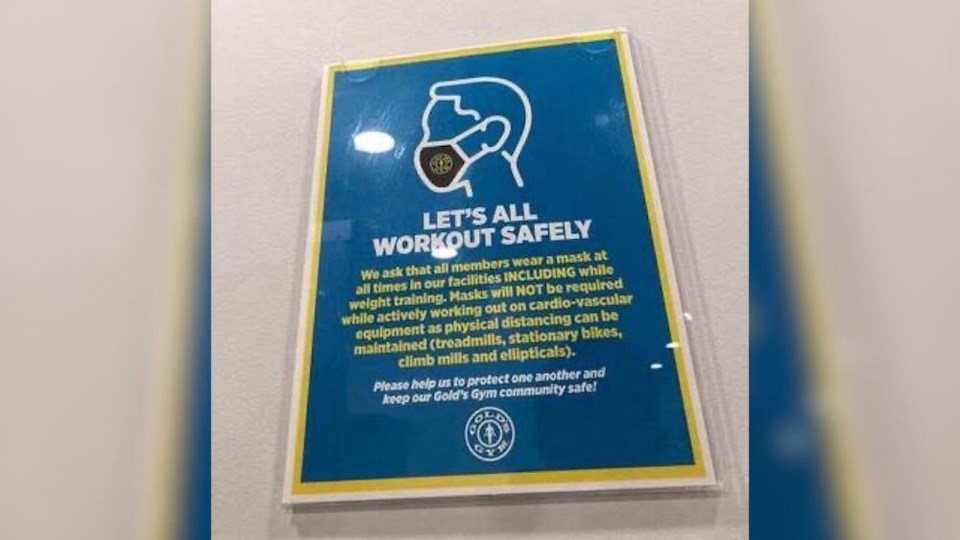 The poster includes the profile of a person's head with a Gold's Gym-branded mask on it.  Photo: torontogrown / Reddit

A Vancouverite spotted some intriguing - yet decidedly familiar - signage in their local gym this week.

On Monday, Nov. 23, Reddit-user torontogrown shared an image of a sign in Gold's Gym that advises members to don facial coverings. The sign reads "Let's all workout safely" in bold lettering, followed by an instruction for people to wear masks while in the gym except when using cardio-vascular equipment where physical distancing can be maintained.

The poster also includes the profile of a person's head with a Gold's Gym-branded mask on it. However, as the Reddit-user notes, it bears a striking resemblance to the graphic design that BC Ferries recently implemented on its vessels. 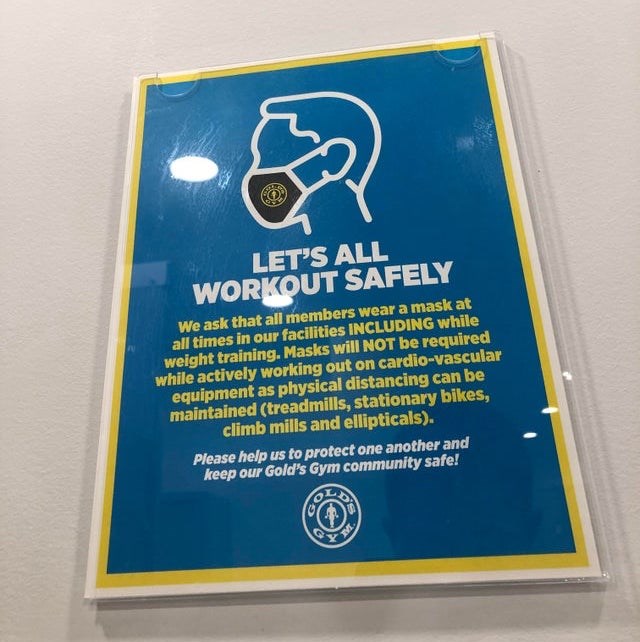 Earlier this month, BC Ferries raised eyebrows with its eye-catching safety signage, with even Late Late Show host James Corden sharing the graphic image in one of his segments.

In response, a spokesperson for BC Ferries tweeted, “What imagination... if there was anyone unaware about our mandatory requirement to wear masks… they know now."

Justin Baker, Director of Communications for Gold's Gym in B.C., tells Vancouver Is Awesome in a phone interview that he hasn't heard many people draw the comparison between the two images. Also, he says that the gyms implemented the new safety signage months ago--long before the BC Ferries

"These were stock images that we purchased months ago," explains Baker. "We have strict protocols at all our clubs and utilized professional graphic icons we used throughout our COVID messaging." 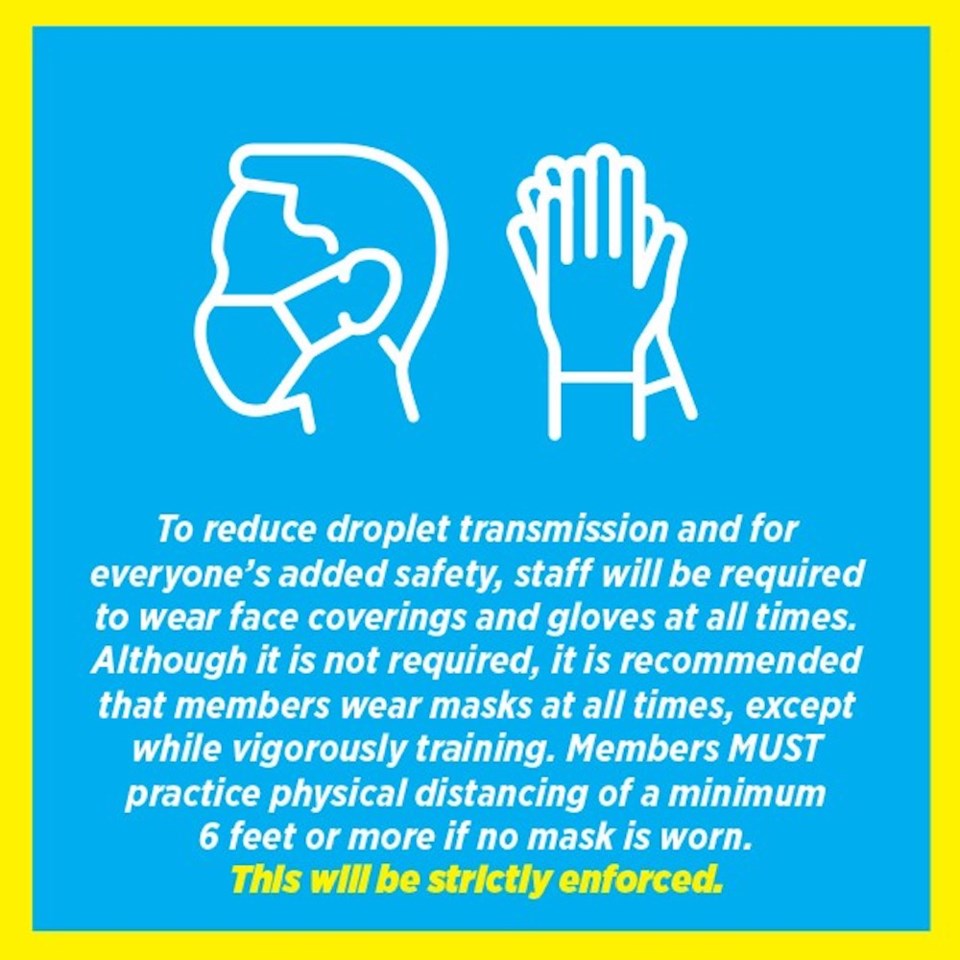 Baker adds that the clubs temporarily closed at the onset of the pandemic, but that most of them reopened at the beginning of June. During this time, the gym implemented strict COVID-19 protocol, which included a variety of safety signage.

In Vancouver, the Gold's Gym on West Broadway reopened June 1.

Until the past couple of days, Baker says no one mentioned anything odd about the signage. For the time being, the gym will continue to use them in order to inform people that they must wear a mask inside of the gym.

Another Reddit user, dominion47, shared an image that also bears a resemblance to the viral signs. 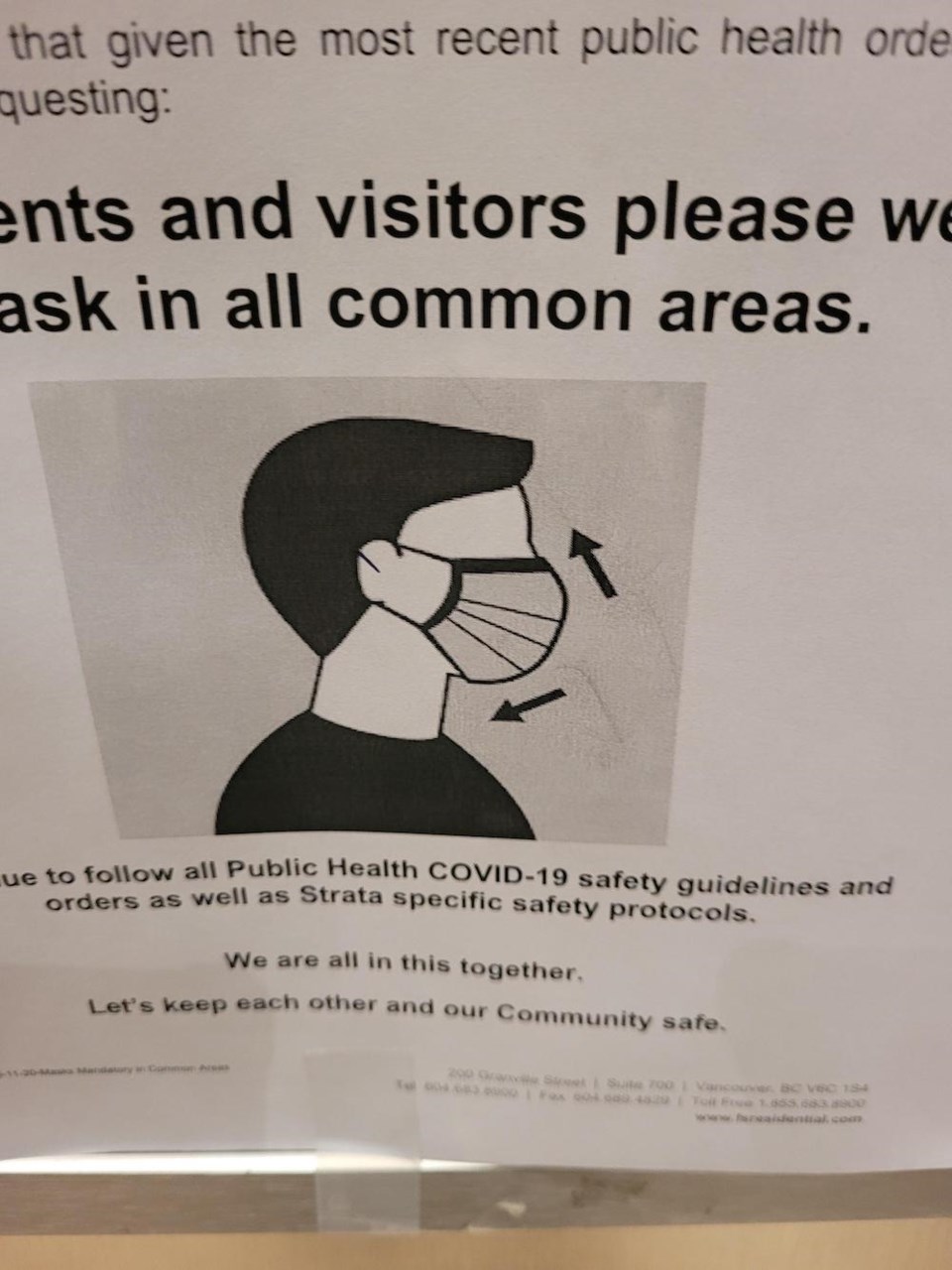 Referring to the jaw-dropping graphic, the Reddit-user notes that "They used the same one in my building."

"We have modified them slightly."