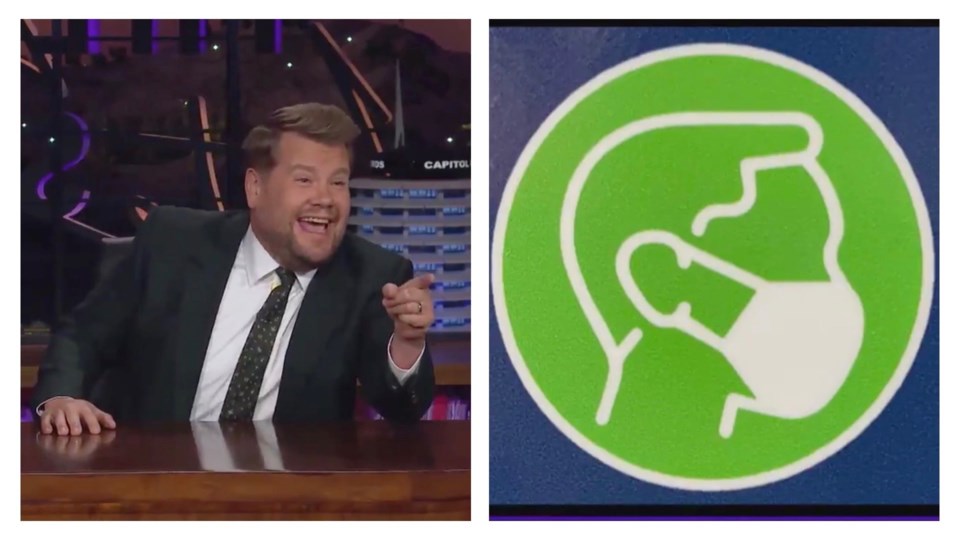 BC Ferries' new "masks required" signs have received an abundance of free publicity in the last week, but for unintended purposes. Now, it appears the signs have been gaining their fair share of attention south of the (closed) border.

"A company in Canada is getting a lot of attention online for its sign encouraging people to wear a mask," Corden told the audience, "because—well, you'll see it when you see it."

The audience erupted in laughter when the image appeared on-screen.

Is that a "mask required" sign or are you just happy to see us? 👀 pic.twitter.com/BTALAfq9dF

At one point in the clip, the Late Late show host had a friendly laugh at a producer's expense, following her delayed reaction to the image—something a few of the more innocent-minded British Columbians might be able to relate to.

A spokesperson from BC Ferries responded to the first wave of reaction last Friday. “What imagination... if there was anyone unaware about our mandatory requirement to wear masks… they know now,” the company tweeted.

Can you spot the ph-allacy?

Posted by Vancouver Is Awesome on Monday, November 16, 2020